BULLSH**TER OF THE DAY: Eric Trump, for his wildly color-blind analysis of the electoral map 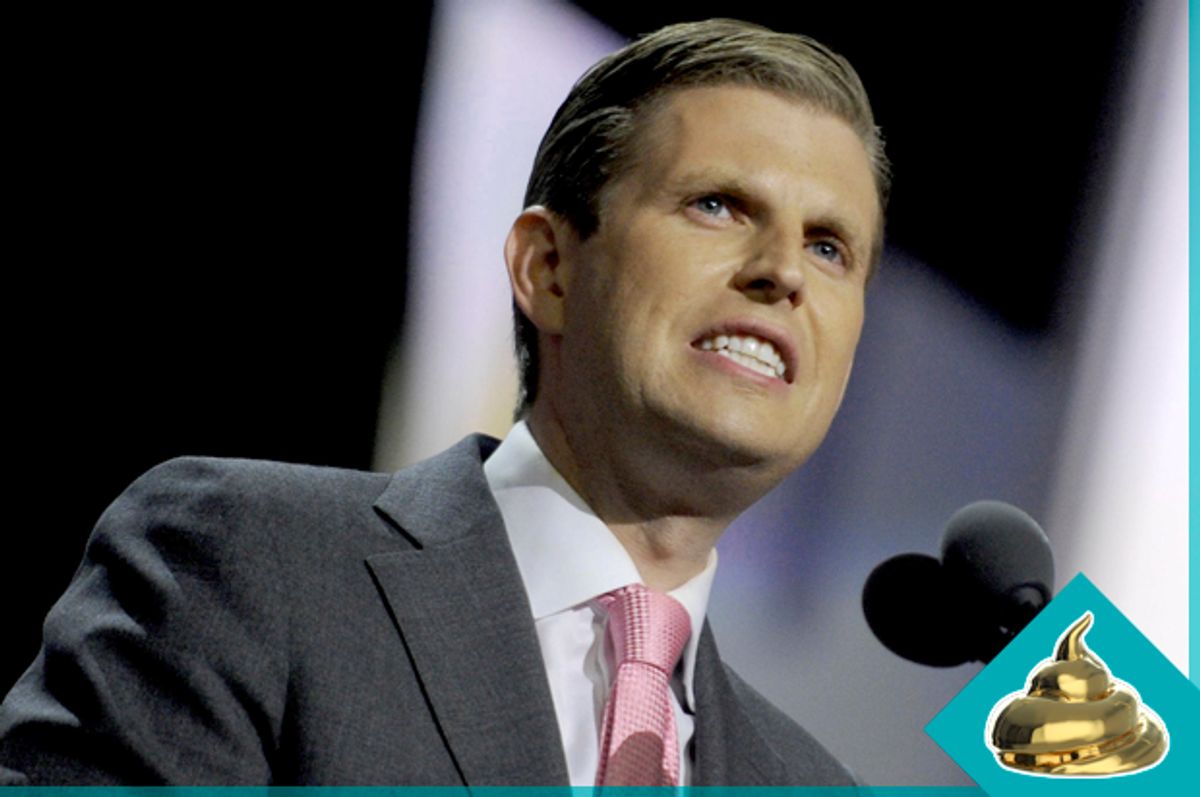 "But the mainstream media are doing everything they can to prop up Crooked Hillary and downplay the incredible Donald Trump surge happening across the nation. We need your help to continue funding our aggressive ad blitzes and our campaign’s get-out-the-vote operation. We’re making huge gains against Crooked Hillary that you can see for yourself."

The email contained this animated map:

The 2005 tape that offered a glimpse into the repulsive mind of Donald Trump has unleashed an avalanche of support withdrawal from his campaign. In the midst of this chaos (which, according to some analysis, is turning red states blue), Eric needed to send a positive email to donors to keep the money coming in. He just happened to get his facts wrong.

Is there an "incredible Donald Trump surge happening across the nation?" Um, no. But sadly, in a men-only world, Eric's claim would have some merit. As a poll by FiveThirtyEight revealed earlier this week, if only men voted, Trump would be expected to win in a landslide. And that is the map that Eric attached to his email to prove these "huge gains." The real question is: did he actually know this and was secretly projecting his father's future plans for electoral laws? Who knows.

FORTUNATELY, women's rights still exist (for now) and women are also voting. As Nate Silver concludes in his article, if Trump loses it is because of female voters. You're welcome, America!

In all fairness, he has been campaigning for his father for over a year now, so of course there has been bullshit–it's the only way to defend Trump's words and actions. Just yesterday he repeated Trump's misogynistic excuse that his 2005 comments were "locker room banter." And back in August, he defended his father's position on sexual harassment by putting the blame on the victim, saying his sister Ivanka "wouldn't allow herself to be objected (sic) to [sexual harassment]."