Donald Trump is not a Target store: Sorry, Trump donors, you're not entitled to a refund 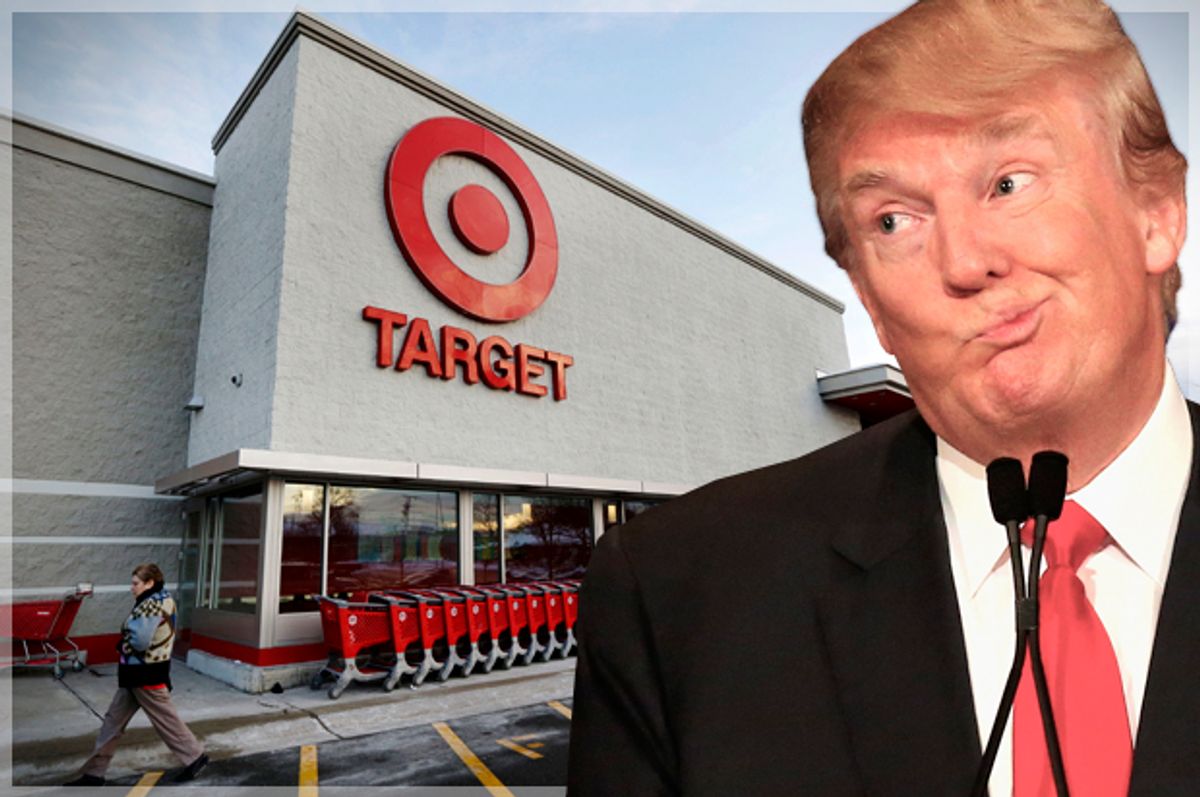 It’s unlikely that you’ll read a more satisfying headline today than this one posted by NBC News: “Major GOP Donors Are Asking Trump for Their Money Back.” It’s the story of two deep-pocketed Republican supporters of Donald Trump who, at this late hour, have come to realize that he is a bad man, and now they want to claw back the money they gave to the GOP presidential nominee.

The triggering event for all this was the recently revealed tape of Trump boasting in 2005 that he uses his celebrity status to sexually assault women without consequence. “I cannot express my disappointment enough regarding the recent events surrounding Mr. Trump,” wrote one in an email obtained by NBC. “As a father of two daughters preparing for marriage, I am repulsed by his comments regarding women.”

The other donor wrote: “His comments in regards to the female gender are very childish and embarrassing in today’s society. How am I suppose [sic] to respect and support Mr. Trump with his attitude towards women?”

Those concerns and questions are absolutely legitimate. Of course, they were no less legitimate two weeks ago, two months ago or two years ago. They were certainly legitimate when these two donors cut their first checks for Trump and started raising money for him. Donald Trump has been a sexist lout for the entirety of his life in the public eye. His presidential campaign has been saturated with gross sexism from the get-go. That audiotape of Trump bragging about how he forces himself on women was shocking only because he was freely and proudly admitting to sexual assault, but it certainly wasn’t out of character for the Republican nominee.

Now that they’ve arrived at the belated realization that Trump is a sexist and morally vacant goon, these donors are responding the only way they know how: by trying to reclaim the financial assistance they provided the selfsame sexist goon. Unfortunately for these donors, their refund requests probably aren’t going anywhere.

The campaign finance experts I talked to said there’s nothing in election law that requires the Trump campaign to honor a refund request or even respond to one. If the campaign ignores these donors or denies their requests, then they’re out of luck. And there’s little reason to believe that the Trump campaign would give anyone their money back. Looking at the situation from a purely financial standpoint, the Trump campaign is lagging badly behind Hillary Clinton’s fundraising totals, so they need every red cent.

Also, this is Donald Trump we’re talking about. He’s a money-grubber, and he doesn’t do refunds. As you may have heard, he’s currently tied up in some high-profile lawsuits over his bogus university, which charged people tens of thousands of dollars for useless real-estate tips and then stiffed them when they demanded their money back.

That brings us to another important point: Donald Trump is a known scam artist. Trump’s political operation isn’t like a Target store, where you can storm in and demand recompense for a defective product. (Or simply for a product you don't like.) His campaign seems to be less a “campaign” in the traditional sense and more a scam operation designed to funnel donor money into Trump-owned businesses. That fact in and of itself should have been a bright, flashing warning signal to donors that Trump was not putting their money to good use.

Any donor paying the slightest bit of attention would have known going in that Donald Trump is an incurable misogynist, that he has a long record of scummy behavior and financial mismanagement and that his campaign has some fantastically shady spending practices. Trump is running a grift, and grifters tend not to honor requests for refunds — that’s the whole point of grifting, after all.