Trump backers have finally found a poll they like: An imaginary electoral map with no women voters 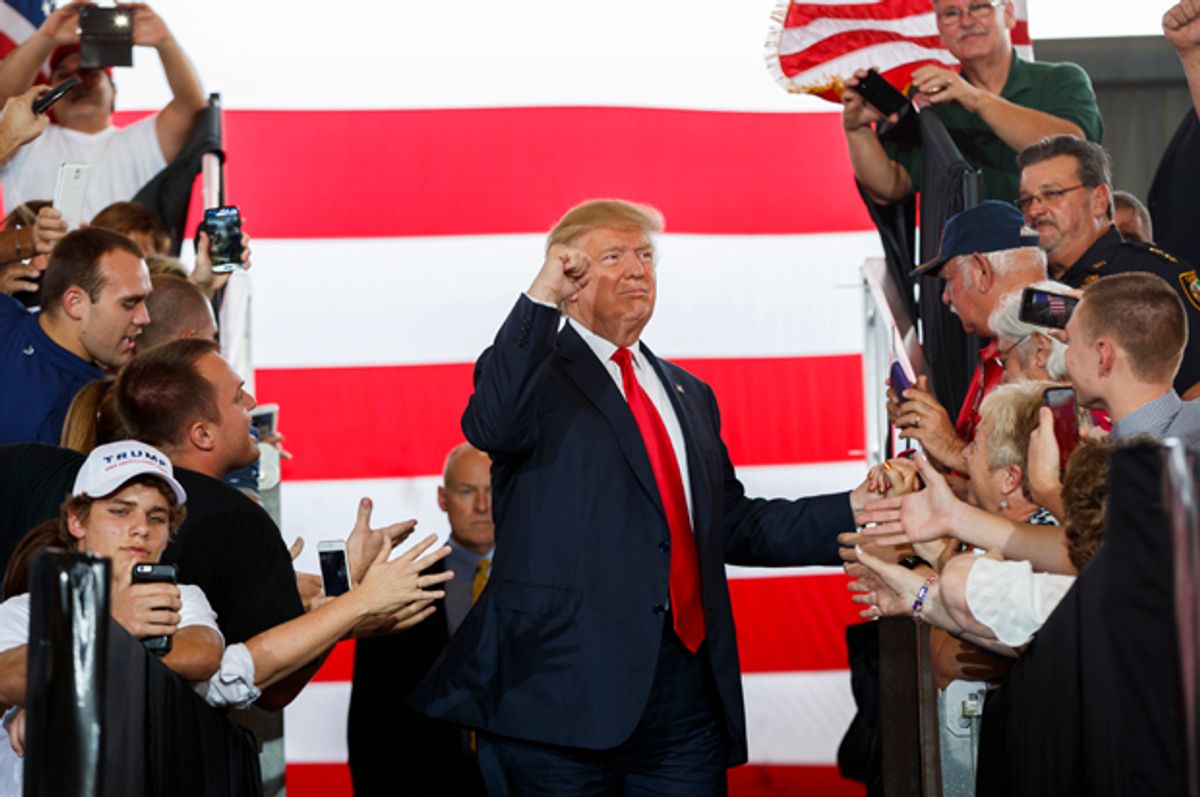 Less than a month after the 96th anniversary of the 19th Amendment, which finally enshrined women's right to vote in the U.S. Constitution, some supporters of Republican presidential nominee Donald Trump have taken to social media to complain that without women's suffrage their preferred candidate would be leading in the public opinion polls.

The Los Angeles Times first reported on the online backlash to Nate Silver's recent election projections by gender. Silver's FiveThirtyEight website published an article Tuesday that found that if only men's votes counted in the 2016 election, Trump would easily defeat Democratic nominee Hillary Clinton, with 350 electoral votes to her 188.

.@MelissaAFrancis: "If only men voted... according to the projections, Trump would grab 350 electoral votes." #Outnumbered pic.twitter.com/J4LZJDi2GH

“But the mainstream media are doing everything they can to prop up Crooked Hillary and downplay the incredible Donald Trump surge happening across the nation,” the email read. “We need your help to continue funding our aggressive ad blitzes and our campaign’s get-out-the-vote operation. We’re making huge gains against Crooked Hillary that you can see for yourself.”

“We’re not just winning national polls like L.A. Times/USC and Rasmussen, we’re beating back the increasingly desperate Dems in the battleground states, too,” Trump wrote of the men-only map.

The GOP nominee's most ardent supporters got so excited by the prospect of an American election in which only male voters participated that they took to Twitter to call for the repeal of the 19th Amendment.

This is the 2016 Trump version (read: sexist) of the GOP's embarrassing attempt to "unskew the polls" in 2012:

I would be willing to give up my right to vote to make this happen #repealthe19th https://t.co/vndQu9dKFP — CT Christian 4 Trump (@TracyOgrodnik) October 12, 2016

It really should be END WOMEN'S SUFFRAGE. Sounds so much better.

And most don't know what Suffrage means =)) https://t.co/AukrL1jzuy

Women's suffrage is a force of chaos and destruction. Civilization will collapse under female/POC coalition#Repealthe19th https://t.co/dvn5rR43qK

This is why we need to repeal and not replace the 19th amendment. #RepealThe19th https://t.co/bV4WnbgQ2H — David McCall (@WoodrowMelkin) October 12, 2016