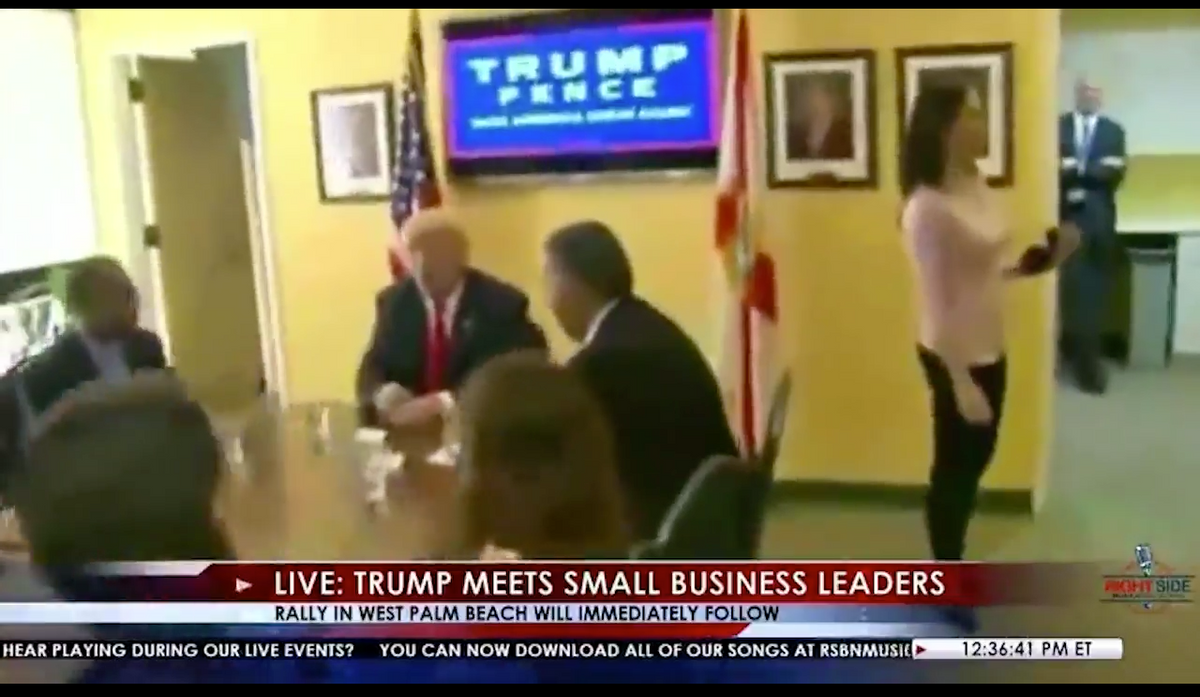 As Donald Trump was gearing up for a rally in West Palm Beach, Florida, on Thursday, he reportedly kicked an Associated Press reporter out of the room and remarked, "what a sleazebag."

During a meeting with small business leaders in West Palm Beach, AP reporter Jonathan Lemire asked, "Mr. Trump, can you deny, have you ever touched — ?" Lemire's question was met with booing and a cry of "Get out of here!" from people in the meeting.

Trump was heard calling Lemire a "sleazebag" as he was escorted out of the room.

Lemire's question was an attempt to gain more clarification about multiple sexual assault claims that have caused a media frenzy. Two women claimed to have been sexually assaulted by Trump in a New York Times published Wednesday. Jessica Leeds said that decades ago, Trump touched her inappropriately on a flight to New York. Rachel Crooks was a receptionist when, she said, that Donald Trump grabbed her hand outside an elevator and kissed her against her will.

On the heels of The New York Times article, People magazine writer Natasha Stoynoff shared her story on Wednesday that in 2005, she traveled to Trump's Mar-a-Lago property to write a story about the real estate magnate's first wedding anniversary with Melania Trump. Stoynoff claimed that Trump forced himself on her when he showed her a "tremendous" room at his Florida estate. She wrote, "within seconds he was pushing me against the wall and forcing his tongue down my throat."