Even as the presidential candidate says he never accosted women, women are saying he accosted them 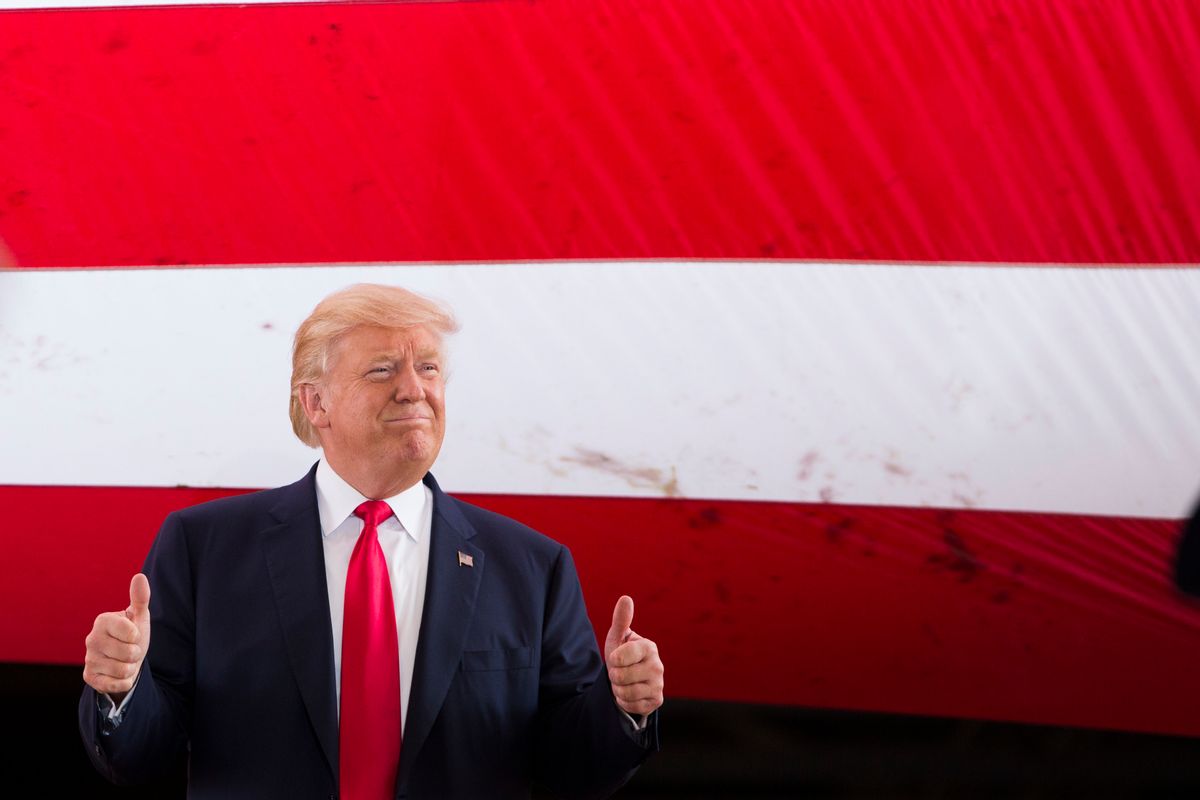 Even before he was caught on tape bragging that his fame allowed him to grab women “by the pussy,” a number of sexual assault and rape allegations had been made against Republican presidential nominee Donald Trump. Here is a list of some notable women who have come forward, organized by when their allegations were made public:

Five teen beauty queens, Oct. 12-13: Five former teen beauty queens from Miss Teen USA 1997 have recalled an incident when Trump walked into their dressing room and announced, “Don’t worry ladies, I’ve seen it all before.” Mariah Billado (former Miss Vermont Teen USA) and three anonymous former pageant queens have claimed that he barged into the room where women as young as 15 were in a state of partial or complete undress. Victoria Hughes, the former Miss New Mexico Teen USA, subsequently confirmed this story after it was initially published by BuzzFeed.

Natasha Stoynoff, Oct. 12: As a reporter for People magazine in 2005, Stoynoff went to Trump’s Mar-a-Lago estate to interview him about his marriage to Melania. While there, she has alleged, Trump pushed her against a wall and forced his tongue down her throat, stopping only when they were interrupted by one of his butlers.

Jessica Leeds, Oct. 12: When she was sharing a flight with Trump in about 1980, Leeds has alleged, that Trump began groping her and tried to reach up her skirt. “His hands were everywhere,” she recalled in a subsequent interview.

Mindy McGillivray, Oct. 9: McGillivray has claimed that Trump grabbed her behind while she was backstage with her photographer boyfriend at a Ray Charles concert in 2003. She recalled exactly where he grabbed her (“pretty close to the center of my butt”) and that it startled her at the time.

Jill Harth, July: Harth has claimed that Trump sat next to her and ran his hands up her skirt during a business meeting in 1992. She also claimed that, the following year, Trump took her to his daughter’s bedroom, pushed her against a wall, and tried groping and kissing her. She alleged there were other incidents as well.

Cassandra Searles, June: Miss Washington 2013 wrote a Facebook post in June describing how Trump repeatedly groped her behind and invited her to his hotel room. According to her description, he treated his contestants like cattle.

Temple Taggart McDowell, May: While the Miss Teen USA contestants have not accused Trump of having unwanted physical contact with them, the same is not true for McDowell, a former Miss Utah and Miss USA contestant. She has alleged that during a rehearsal in Louisiana in 1997, he kissed her, along with several other girls, directly on the lips.

“Katie Johnson,” April: Johnson (whose real name has not been reported) has claimed that in 1994, when she was being held as a sex slave by infamous billionaire pedophile Jeffrey Epstein, Trump attended a party and raped her. She was only 13 year old at the time.

Anonymous, 2010: A friend of CNN anchor Erin Burnett has alleged that Trump surprised her with an unexpected kiss in a boardroom at Trump Tower in 2010. The incident that was witnessed by another man. The woman has said that he later gave her his cell phone number and asked her to call him.

Rachel Crooks, 2005: Crooks has claimed that Trump kissed her on the lips unsolicited when she worked as a receptionist at a real estate company in 2005. Crooks’ sister, Brianne Webb, has recalled that Cooks called her immediately after it happened and discussed how upset she was.

Ivana Trump, 1991: Perhaps Trump’s most famous accuser, ex-wife Ivana claimed during their divorce that he had raped her three years earlier while they were married. She has since claimed that she did not mean rape “in a literal or criminal sense” and that she thinks “he would make an incredible president.”