BULLSH**TER OF THE DAY: Ben Carson, for postponing women's rights until after the election 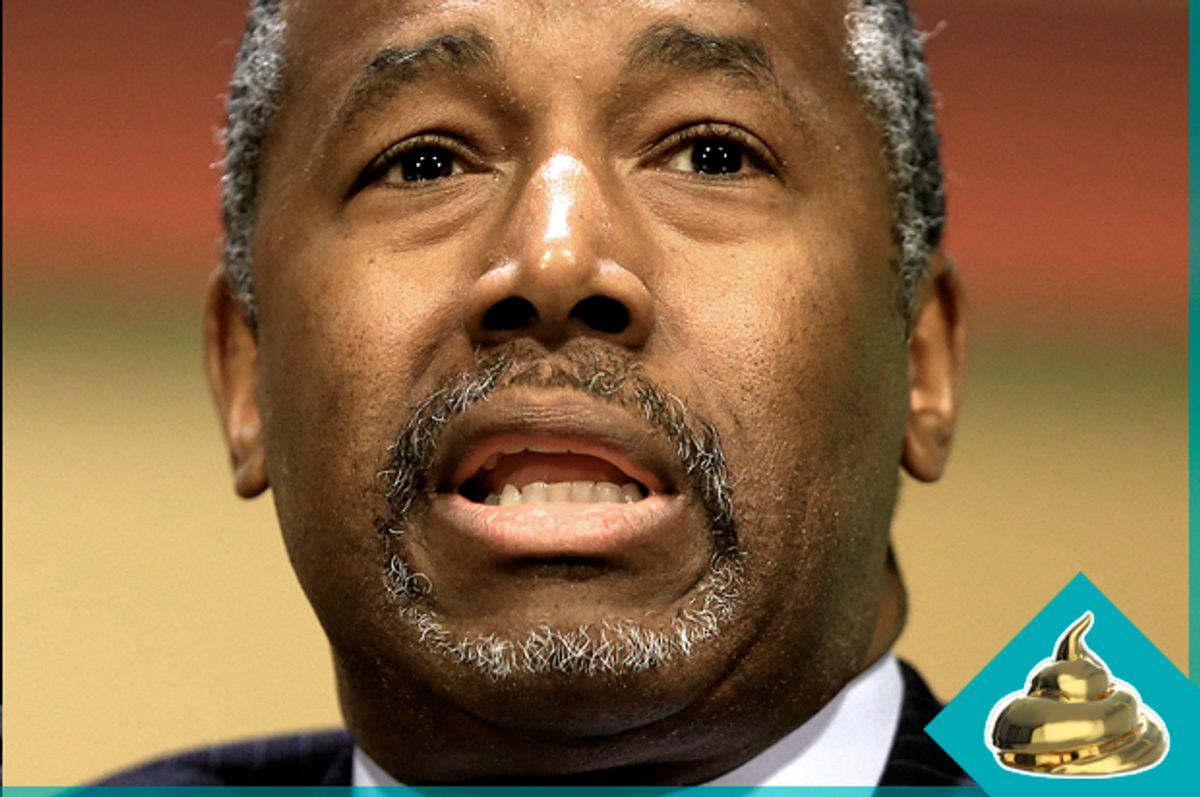 "It doesn't matter whether they are lying or not. What matters is that the train is going off the cliff, we are taking our eye off of that and getting involved in other issues that can be taken care of later."

In a previous interview, Carson had suggested that there is no possibility of sexual assault on a flight because of the "gigantic arm rests," so MSNBC guest host Katty Kay asked him if he believed that Donald Trump's accusers were lying.

Carson is getting it very wrong. Speaking up and taking action against rape culture can't wait. Not when one in every six American women has been the victim of a sexual assault. In fact, it does matter if the next president is a perpetrator of such crimes. It does matter if he and his team will listen to and take seriously these women's accusations and experiences. This is not a morality issue, as Dr. Carson describes it. It’s about civil rights. And no, Dr. Carson, this is not something that can “be taken care of later.”

During his campaign for the Republican nomination, Carson gave many meme-worthy gems. Like when he said that racism in America was "mostly with the progressive movement" or when he compared gun control to Nazism. And if you're looking for some cowardly bullshit,  just a few seconds before this quote, in this same interview, Dr. Carson asked to turn off Kay's microphone when he didn't like her question. In fact, he only answered the question when Joe Scarborough repeated it for him. Yet another president-wannabe who thinks women should be seen and not heard.