The enduring tragedy of Christine Chubbuck: "She got headlines for blood and guts, which is what she abhorred"

Salon talks to Rebecca Hall, who portrays the newscaster who committed suicide on air in "Christine" 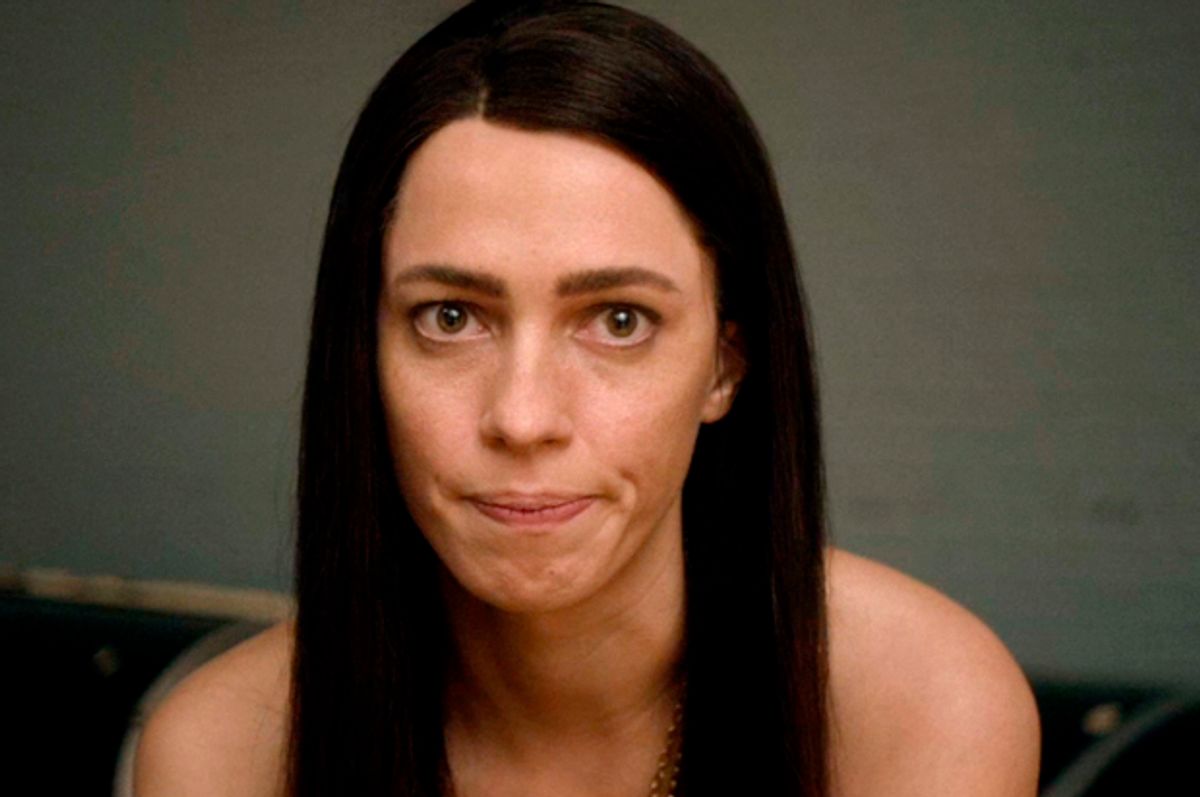 “Christine,” starring Rebecca Hall and directed by Antonio Campos, is the second film this year — after the documentary “Kate Plays Christine” — to examine the life and on-air suicide of Sarasota newscaster Christine Chubbuck.

Hall immerses herself deeply in the role as Chubbuck, and it is easy to see why the character appeals. She is portrayed as a fascinating woman in 1974, wanting to have it all — a baby, a husband and a career she loved — and struggling to achieve her dreams. In the film, Hall as Chubbuck conflicts with — and is combative with — her boss, Michael (Tracy Letts), who wants her to do “sensationalist” stories.

Hall plays Chubbuck as obviously smart but lacking in self-confidence. She is more animated doing a puppet show for kids than when reporting the news on air. She may have a driven personality, but it is also clear why her colleagues, who respect her, feel she is unapproachable.

Based on true events, “Christine” is riveting and not just because Campos builds to the dramatic moment when the troubled newscaster shoots herself. Hall makes the ambitious Chubbuck sympathetic in her remarkable performance. As she angles for a promotion, struggles with a stomach problem (which turns out to require an operation) and deals with her mother (J. Smith-Cameron) who often gets on her nerves, Hall uses expressions and body language that reveal her moods and convey what she is thinking.

The actress spoke with Salon about playing “Christine.”

How did you see Christine, and how did you find sympathy for her?

Obviously, we’re talking about someone with severe mental health issues and professional and personal disappointments. And yet, she’s not as un-relatable as you might think. Everyone knows what it’s like to feel stymied at work or depressed or [to] feel unloved. That was my “in.” That sense of “I can imagine this.” I wanted to humanize her and make her sympathetic.

It’s not about glamorizing the [suicidal] act or sensationalizing it. It’s a moving story. She’s desperately trying to stay alive. There is something intriguing about portraying a misfit as cool or a glamorous person. This film shows the agony of feeling different and “other” and on the outside — and the pain of that. There are no villains in “Christine.” She’s eccentric and odd and not good at being a woman in the 1970s. Her colleagues want to help her, and there’s a profound sense of grief and loss [when she’s gone.]

As an actress, what are the pressures and pitfalls of trying to get into the head of someone like Christine Chubbuck?

I don’t know the pitfalls, and I didn’t want to know them. I had to concentrate on what was driving her. I thought a lot about someone living with this daily suicidal impulse. I thought about the fight of getting through the day. There’s an energetic fight in her to make it through. Her integrity and wanting to do good. “Tomorrow, I’ll concentrate on this relationship with a co-worker,” and that will keep me from doing this [suicide] thing.

Christine exists in this back alley of the internet, as one of the five most shocking things that ever happened on TV. The truth of it was she was in horrible pain and a victim of the circumstance of the news world in the 1970s that exploited her talent. She had consistent disappointment, some of it self-inflicted.

Christine is driven. She is only briefly seen having fun, singing in her car or doing one of her puppet shows for kids. Can you talk about that aspect of her character?

That’s a facet of the depression. It’s difficult for her. One of the things that struck me about her is that she’s not morose; she’s funny. She has wit, and this is someone who is full of life. She wants to help the children. You see her potential and yet she has this inability. . . . It was painful for her to do things that she felt were wrong or that she didn’t deserve them.

How did you use expressions and body language to convey her insecurities while also trying to show her assertiveness? I love the way you show how Christine uses her hair or her posture to express herself.

A lot of it was informed from watching her. I had a 15-minute clip of her doing an interview. That was enough. I could glean quite a lot from it. It’s like having a first impression of someone and intuiting a lot about them. I could see a lot in that clip. The gesture with the hair came from that, and it got to me. It felt so held, so controlled and performative; she is doing something feminine and showing that she’s in control and calm.

I was interested in that — like when a politician does something with their hands to show they are control. It was also emotional; it’s not doing an impersonation. I didn’t have enough [material of Christine] to do that. But she was profoundly uncomfortable in her skin, so I thought, What does that do to my body? She’s so frightened and feels what she is doing is wrong or is being judged. But she has a sense of righteousness, and so my jaw and my voice did those things. I tried to invoke her spirit and work with imagination and make it true.

For anyone who knows the story, there is dread leading up to the climax. What can you say about filming that scene? Was it difficult to re-create something so powerful and disturbing?

It was, very. It felt important to do it, though, because the film works because you know what’s coming on some level. The film works if we get there if you don’t want it to happen. It’s a tragedy. I knew we were doing our job right because there was so much care and respect for this character on the set by the people making it.

We all saw the virtues of doing it. That was the last scene I shot in the film, so when we got to it, nobody wanted to kill her. It was really difficult, but we had to do it because it happened. It was shocking and violent and horrible for the people who saw it, and there has to be an understanding of the horror of suicide.

Why do you think the story of Christine Chubbuck resonates so much right now that two films are being released about her this year?

There’s so much. It’s not our job to have the answers. I want to encourage debate and conversation. The significance of what she did is a harbinger for many conversations we are not having about mental health, suicide and being a woman in the workplace: Do we judge women differently from men? There is something about America in 1974, and this movement to “if it bleeds it leads” and sensational, clickbait journalism and fear being used to manipulate — which is very familiar in America now.

America then and my experience of films from 1970s America is the paranoia quality that reflects that time. America was on verge of nervous breakdown. There are parallels to today. “Christine” does not generate a simple response. She desperately wanted to be famous for good work. She got headlines for blood and guts, which is what she abhorred.