The surveillance state goes local: Area police departments may be using Stingray technology to spy on you without a warrant — and the Feds don't want you to know

The DOJ is blocking requests for information on Stingray, which can spy on you by connecting with your cell phone 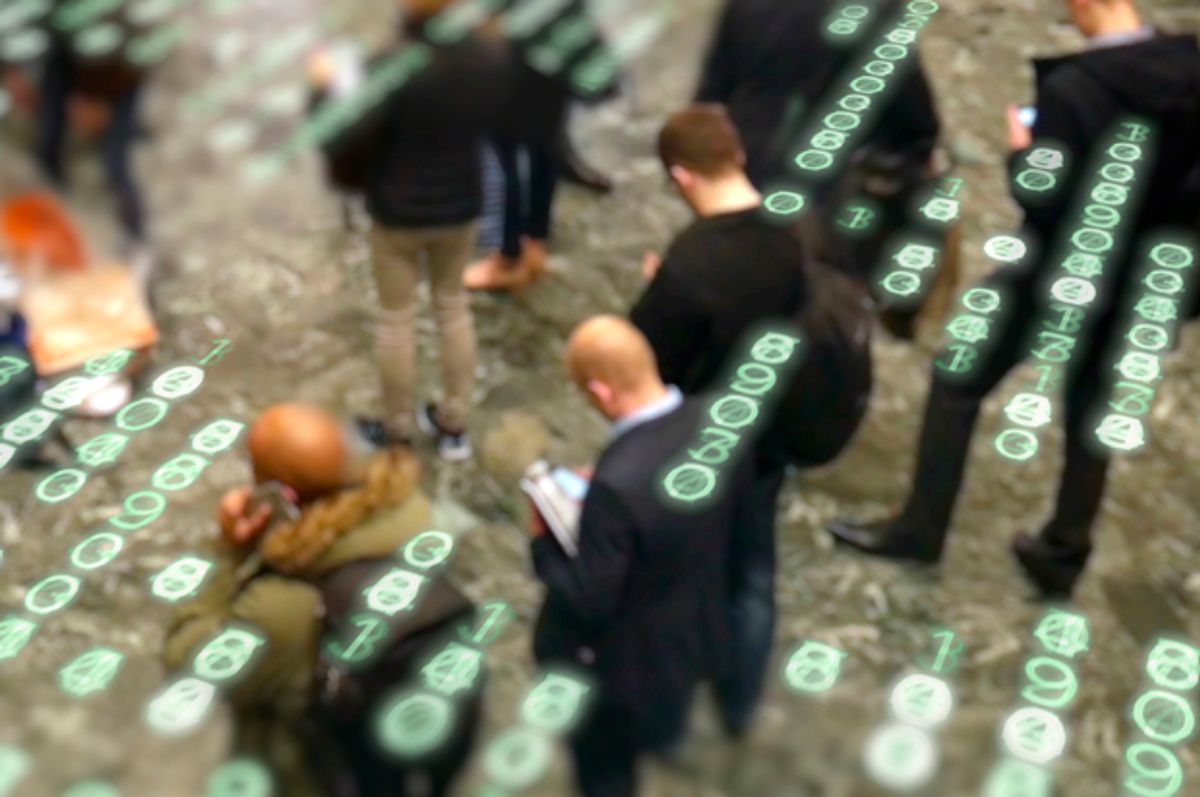 For the past several years, we've been learning more and more about police use of "cell site simulators" across the country, and it's a disturbing trend. These devices, regularly referred to by the brand name Stingray, are about the size of a briefcase and mimic cell phone towers so phones nearby will try to access them. Once a signal reaches the Stingray, the machine can gather information about the phone. That means a strategically placed Stingray can access hundreds of phones in an area and figure out who the phones belong to and where they are, all without a warrant.

Because of secrecy agreements signed by police departments nationwide and the government's general lack of transparency when it comes to surveillance, it's been difficult for Americans to learn who's using these devices, how they're using them and why. Organizations like the ACLU have filed numerous lawsuits to learn more about Stingrays, and has gradually gained quite a bit of knowledge, but roadblocks are constantly being put in the way.

For example, the ACLU recently filed a lawsuit against the Delaware State Police after they refused to give up information on their use of Stingrays in response to a Freedom of Information Act (FOIA) request. Furthermore, the Department of Justice stepped in and backed up the decision made by Delaware police.

"Although the United States is not a party to this case, it has a direct interest in the protection of the information withheld," DOJ attorneys wrote. "Cell-site simulator technology is a key tool in the Federal Bureau of Investigation's investigation, interdiction and suppression of criminal and terrorist activity. Disclosure of even minor details about this technology will jeopardize, if not vitiate, the ability of the FBI and the larger law enforcement community to successfully deploy this valuable technology."

Nathan Freed Wessler, a staff attorney for the ACLU, told Salon that the Department of Justice frequently makes this argument.

“This seems to be secrecy in the interest of impunity,” Wessler told Salon. “To us, their arguments for secrecy fall apart pretty quickly, as a matter of logic. We're left with just a reflexive drive towards hiding information about surveillance from the public.”

Wessler said the Justice Department has used many different kinds of arguments to avoid revealing how these devices are used. From citing the Arms Export Control Act to the Federal Homeland Security Act, they're constantly arguing that they need to be secretive to protect national security interests. However, these devices aren't strictly used, or even mostly used, for terrorism investigations.

“The truth is this technology used on a daily basis by state and local law enforcement around the country investigating normal criminal activity, not terrorism investigations,” Wessler said.

Stingrays may be used to investigate anything from drug trafficking to robberies, so claiming we can't know basic information about how and why they're used appears to be a flimsy argument. “We are not asking them to divulge the names of suspects in ongoing investigations or to reveal the technical drawings of the proprietary technology inside the device,” Wessler said. “We're looking for the kinds of information necessary for public and legislative oversight.”

As we've explained before, there are many reasons maintaining the privacy of Americans is extremely important. Not only is it imperative that journalists, activists and lawyers be able to operate free of government monitoring, Stingray monitoring itself is not a focused technology — meaning we're all at risk.

Wessler said when law enforcement uses Stingray to try and locate a particular suspect, the Stingray is also sweeping up data from potentially hundreds of totally innocent bystanders' phones. “That information can both identify those phones and locate them, and knowing where someone's phone is can reveal a host of private information about them — whether it's if they're at a doctor's office or a political rally, whether they go to an NRA meeting or an Alcoholics Anonymous meeting, we should require police to inform judges and get warrants and abide by restrictions before they can gather that information.”

In addition to being able to identify phones and locate them, we also know that some versions of these devices can access content — possibly allowing police to record phone calls or read texts. The ACLU and other organizations investigating the use of these devices have not found police departments accessing content in this way, yet, but the very fact it's possible raises further concerns.

Some courts have ruled that there are serious constitutional questions when it comes to the use of Stingrays and have demanded that warrants be obtained before they are used. A court of special appeals in Maryland ruled in March that warrants should be required to use this kind of surveillance gear, and the topic was depicted as a serious Fourth Amendment concern. In July, for the first time ever, a New York judge tossed out evidence obtained after the use of a Stingray because no warrant had been obtained.

The Department of Justice refused to comment when contacted by Salon about Stingray use. Deleware's Justice Department asserted that the ACLU can take its case against Delaware police to higher courts if it disagrees with the latest decision.

It seems Orwellian that police from some of the smaller law enforcement agencies can simply go to a spot in town and secretly acquire private personal information from unsuspecting citizens, but it's happening on a daily basis, and police departments appear eager to keep specifics around it concealed. When someone can be spied on simply for sitting in the wrong place at the wrong time, any hope for living a private life is gone.