It's an ugly election, and both candidates are uninspiring. But the millennials I meet are looking to the future 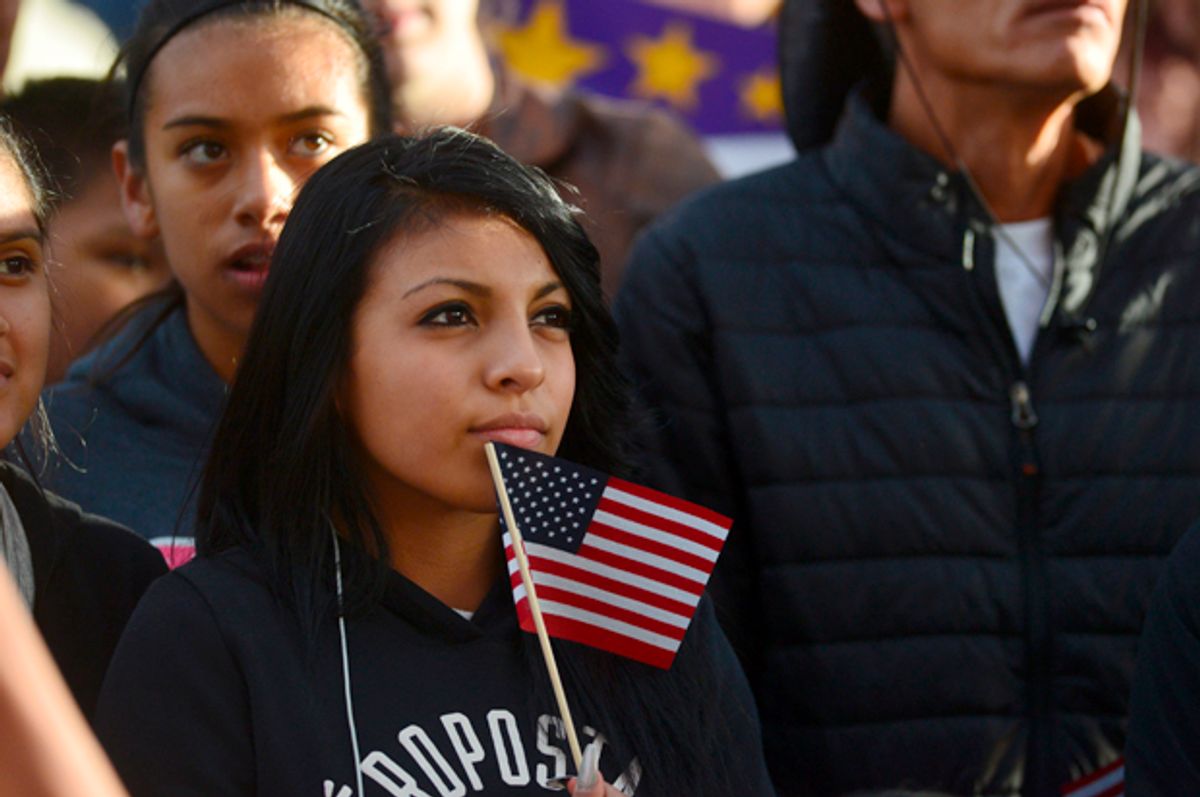 I’m inspired by this election cycle, and it has nothing to do with any of the remaining candidates. I was feeling the Bern until it burned out. Hillary’s good with black talking points, but not good with black people. Donald Trump is incapable of inspiring anybody with an IQ that stretches past 10. I know about as much about Gary Johnson as he knows about Aleppo or foreign policy in general, and Dr. Jill Stein is barely polling at 1 percent. But still, there is hope -- a beaming light of hope at the end of the tunnel, a light that is controlled, managed and directed by our young people.

My books and speaking engagements have given me the luxury of touring a few college campuses this fall, getting a unique chance to interact with countless millennials, the young people who will play a major role in choosing our next president. Every conversation begins or ends with “Who are you gonna vote for?”

As a black millennial myself and a person who was personally affected by that 1994 crime bill, I’m not excited about Hillary Clinton. I know she wasn’t the president back then, but she touted the bill as if it were her own. She was aware of the gross number of African-Americans who were unfairly targeted and incarcerated, and she still called it a success until it became politically unpopular. I can’t vote for Donald Trump, because he’s substance-less, even on top of the fact that black people weren’t allowed to enter many of his earlier rallies ­­-- one was even punched in the head by some white geezer for showing up -- and just like Hillary, he pivots whenever necessary. The rapper Nas had a great line to sum up a previous presidential election, that actually fits this one better: “Who you gonna elect -- Satan or Satan?”

I sit with both small and large groups of students at these universities. It doesn’t matter if our political conversations are dense or if we trade lighthearted jokes about Clinton’s emails or Trump’s nonexistent policies. Nobody comes to either candidate's aid, speaks up for them or gets even a little angry. Back in '08, you could have gotten punched in the face for making an Obama joke. Bernie was the only candidate receiving that type of love from young voters this year -- he was really their guy.

The working young and the college kids loved Bernie -- who was obviously the most progressive of the bunch. He was the world's first elderly millennial. “America doesn’t have enough social welfare, and the system of giving rich people tax breaks and expecting them to contribute under their own good will simply doesn’t work,” says Nick Casper, a sophomore at the University of Rochester who voted for Sanders in the New York primary, “Bernie has the progressive polices that are more in line with what I believe, the policies we need to move forward. Hillary just represents the past.”

Nick’s not alone; you can look around the campuses of liberal arts schools and the surrounding neighborhoods and still see campaign signs that make it seem as if Bernie were still running. His bumper stickers haven’t been peeled off of their cars yet. People still rock T-shirts with Bernie slogans and his face plastered across the front and the back, as if they're hoping for a dramatic return. Mention his name and their eyes light up with grins that touch both ears -- it's similar to the way Klan members swoon over Trump’s "Apprentice" headshots! -- and Bernie only got that love because he was real.

Bernie spoke to people, not at them. When he didn’t understand an issue, like when he was approached and challenged by Black Lives Matter, he was intellectually curious enough to listen, in an effort to solve the issue at hand. Young people respect that. They understand that the job isn’t easy, and that it’s going to take a diverse collection of voices to effectively solve our problems, not just a bunch of stump speeches and expensive TV ads.

Millennials aren’t stupid. They see Hillary taking credit for the positive things that came out of Bill Clinton’s presidency -- and running away from anything negative. They don’t mind her claiming to be copilot during his reign, but when that plane crashes, they expect her to 'fess up and admit that she was in the cockpit too. She’s plays perfect when she's stating her case and we all know that nobody's perfect.

It’s no better on the right. Young people know Trump has nothing to offer. They see other spineless politicians like Ted Cruz and Chris Christie talking trash about Trump and then following him like lost puppies, becoming little surrogates and campaigners for a guy who trashed their looks, their intelligence and their families. Millennials know it’s phony; they can spot the phoniness from a block away -- and for me, that’s the most inspiring thing about this election.

This is the last time we will ever see a person who fronts like Clinton, or who has no real solutions or ideas, like Trump, be nominees of our major political parties. Millennials have access to too much technology -- they’ll fact-check on the spot in 0.8 seconds and they don’t have the patience to be sold the same dream over and over again. No way a person who was caught in as many lies as Trump or Mike Pence will even stand a chance in 2020.

Innovation and the hunger for radical thinking will produce a new type of candidate who will be forced to perform. Millennials won't let them off the hook, mainly because they know that factory jobs and many other industries aren’t coming back to America. They know that many of them will not be employed after college and our government is going to have to do something more than talk, collect money and start wars. Most importantly, the millennials who are living through this painful election will be the candidates themselves, sometime soon. What they're learning right now is giving them the skills and understanding needed to move us forward.