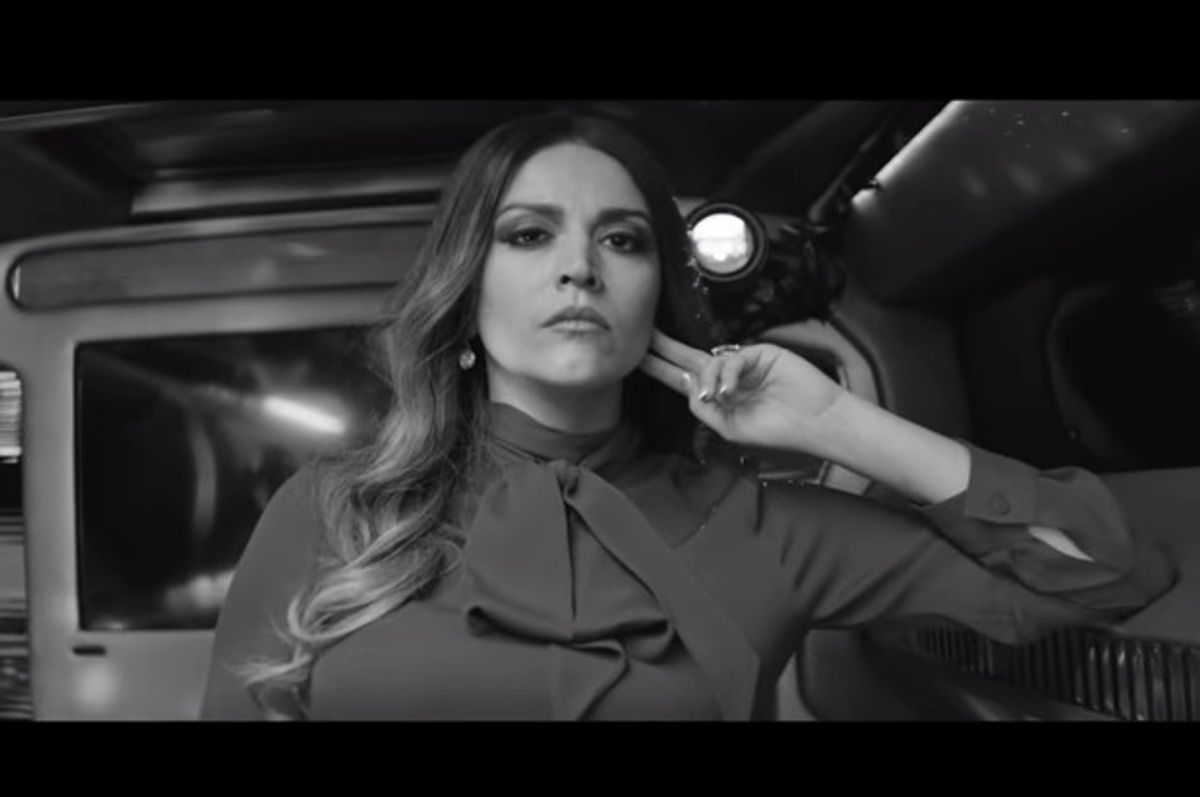 If Melania Trump was angry about last week's unearthed Access Hollywood tape, in which Donald Trump bragged to host Billy Bush about predatory behavior towards women, and the married woman he "moved on" — not to mention the numerous women who have stepped forward in the wake of last Sunday's Town Hall debate to claim that Trump had sexually assaulted them — she hasn't shown it. In public, Melania would very much like to be excused from this narrative.

But in this week's "Saturday Night Live," we're given a glimpse of what could go down at the Trump campaign if the women finally reach their breaking points. Melania (Cecily Strong) channels her inner Beyoncé to make some "Lemonade" out of her life, and she brings Ivanka (Emily Blunt), spokeswoman Kellyanne Conway (Kate McKinnon), Trump surrogate and "Apprentice" star Omarosa (Sasheer Zamata) and even Tiffany Trump (Vanessa Bayer) — run, Tiffany, run! — into this perfect musical revenge fantasy.