WATCH: Here's the fake-debate "SNL" skit that caused Donald Trump to melt down in real life 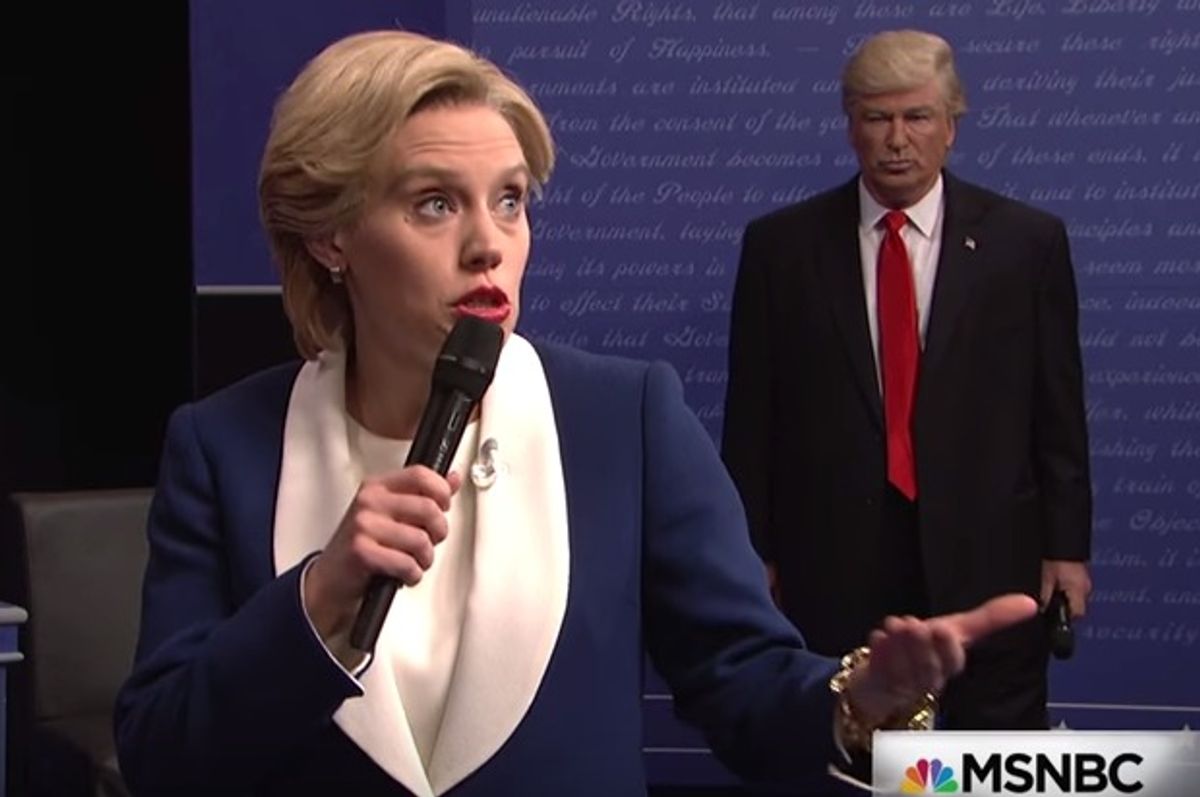 It's getting harder to tell the difference between a "Saturday Night Live" presidential election sketch and the real televised thing. In last night's Town Hall Debate cold open, Kate McKinnon and Alec Baldwin continued to perfect their Hillary Clinton and Donald Trump portrayals, with McKinnon narrating Clinton's meticulous physical preparation ("I'd like to open this debate with a casual lean," she says, sliding down the front of the pointless podium) and Baldwin turning Trump's lurking behind Clinton during her responses into a surreal "Jaws" moment.

Did you think you were getting out of this sketch without a Ken Bone moment? Think again. Thanks, Bobby Moynihan!

The real Donald Trump? Was not impressed.