BULLSH**TER OF THE DAY: Donald Trump, for trampling his campaign manager 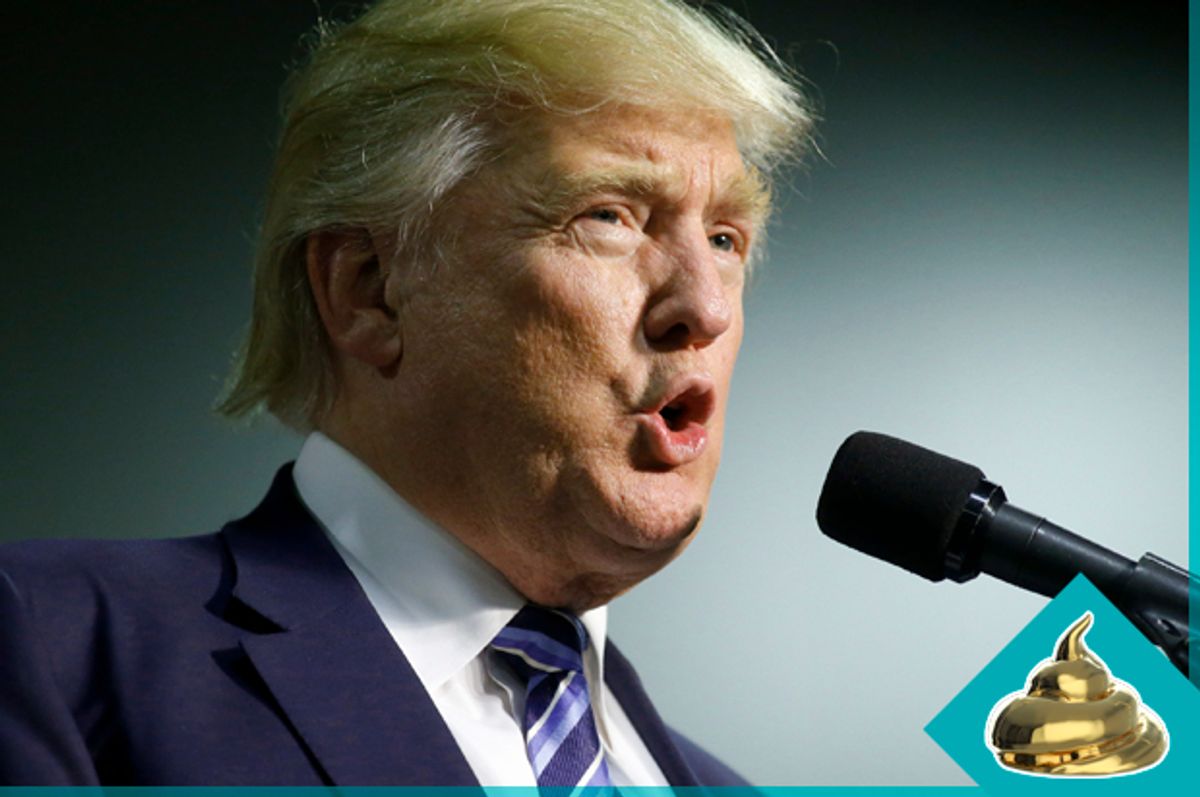 "Of course there is large scale voter fraud happening on and before election day. Why do Republican leaders deny what is going on? So naive!"

Of course there is large scale voter fraud happening on and before election day. Why do Republican leaders deny what is going on? So naive!

Trump's campaign manager Kellyanne Conway appeared this morning on CNN to dismiss Trump's weekend claims that our electoral system is rigged and that widespread voter fraud would swing the election to Hillary Clinton. She managed to scale his latest round of whining back to the point that it was only the media that was rigged. It took all of 30 minutes for Trump to take to Twitter and undo all her well-crafted damage control.

It has as much merit as a 5-year-old bursting into tears during a tic-tac-toe game saying, “it’s not fair, those X's should be O's!” Except that the crying child is a 70-year-old man running for president.

Twitter is to Trump's bullshit what a blank canvas is to a Vincent Van Gogh's paint. One wonders how many times his team has had to take his phone away from him; or in what situations he is allowed to tweet. Does he sneak out of meetings to go to the bathroom to secretly tweet from there? One thing we do know is that he fires off some of his finest material after his campaign staff has gone to bed.