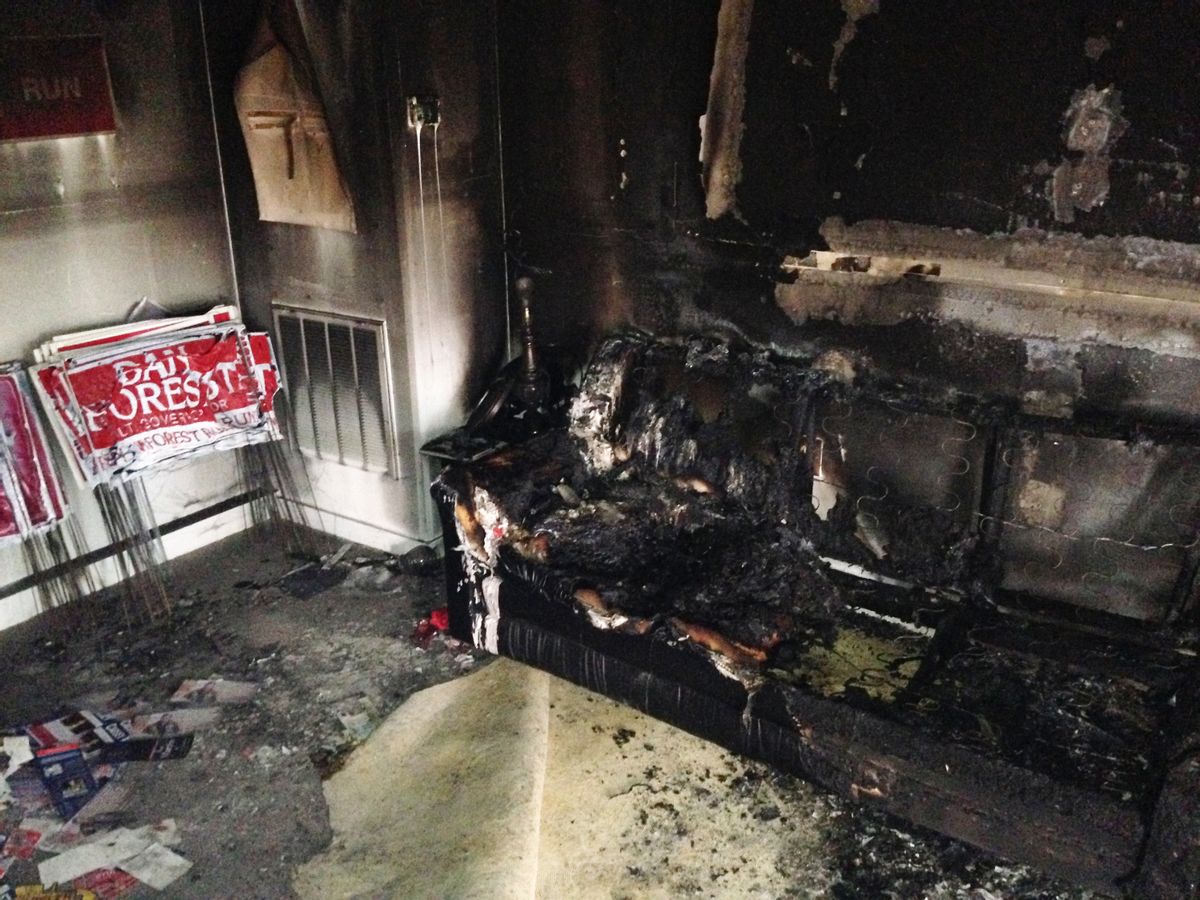 A burned couch is shown next to warped campaign signs at the Orange County Republican Headquarters in Hillsborough, NC on Sunday, Oct. 16 2016. (AP)
--

Democrats raised more than $13,000 in less than four hours to help rebuild the headquarters of the local Republican Party chapter in Hillsborough, North Carolina, which was firebombed on Sunday night in what is being investigated as a possible terrorist incident.

As news of the firebombing spread, Democratic presidential nominee Hillary Clinton condemned the attack on Twitter and expressed support for its victims.

The attack on the Orange County HQ @NCGOP office is horrific and unacceptable. Very grateful that everyone is safe.

The North Carolina Republican Party sent out an official response thanking her for her thoughts and prayers.

The attack on the Orange County HQ @NCGOP office is horrific and unacceptable. Very grateful that everyone is safe.

Republican presidential nominee Donald Trump, on the other hand, referred to the perpetrators as “animals” and suggested that the Clinton campaign and the Democratic Party had been somehow linked to the vandalism.

The North Carolina Republican Party didn’t respond to Trump’s incendiary tweet, although it thanked him after he sent out a more subdued follow-up.

Thank you Mr. @realDonaldTrump. We will not be silenced nor suppressed by this evil act. We will pray for those who seek to harm us.

Trump's comment has been heavily criticized by many individuals in the press, with Jeff Stein of Vox characterizing it as part and parcel of the Republican candidate's “increasing conspiratorial claims that a cabal of ‘global elites’ is rigging the election.”