The future of Fox News: Shepard Smith's coming out isn't the most interesting news from inside the network

Shepard Smith effectively came out in a HuffPost story. But the bigger story is about Fox's changing view of news 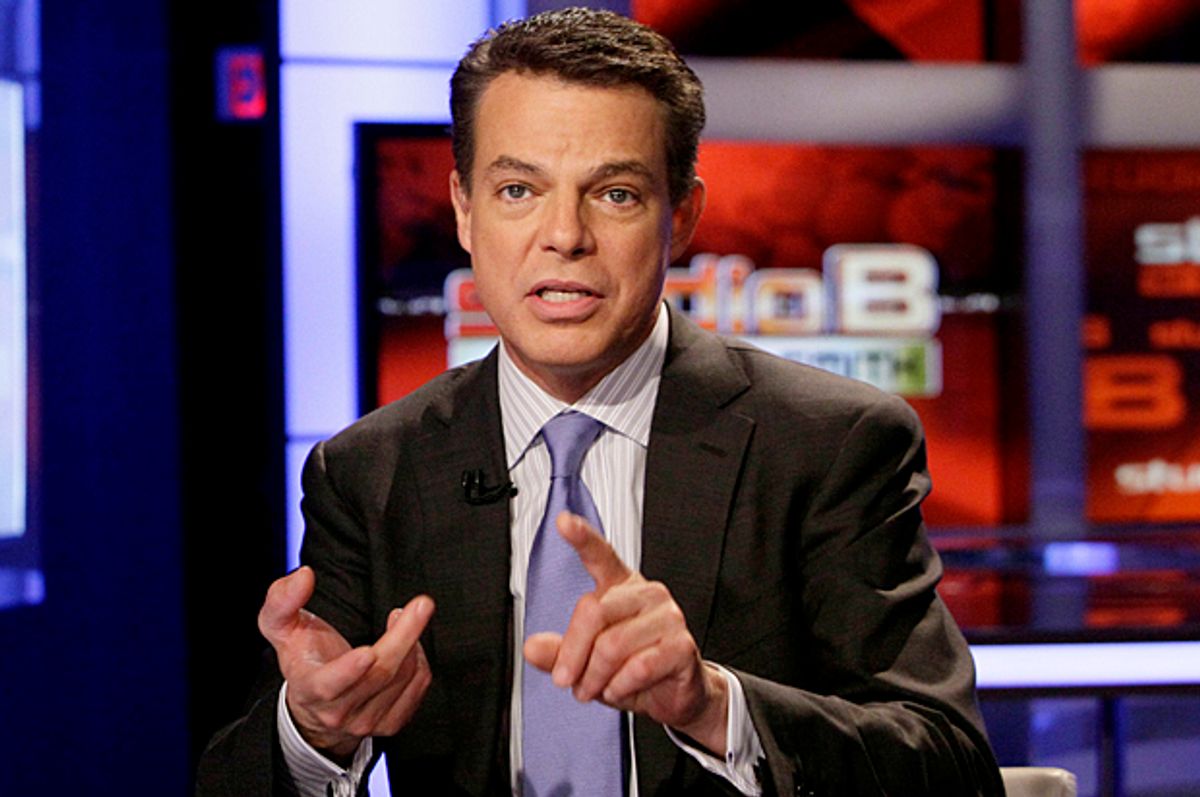 From the outside it certainly looks like Fox News is in the midst of political and social upheaval. And contrary to what Monday morning’s headlines may indicate, the freshly publicized sexual orientation of Shepard Smith, one of its top anchors, has little to do with that.

Doesn’t it make for interesting headlines, though?

Here is Smith, who has spent the better part of two decades as one of the most recognizable faces of a cable news organization that has essentially served as a mouthpiece for conservatism. He's a news anchor who, in a most oblique fashion, came out as a gay man in a lengthy Huffington Post profile on Monday.

Mind you, he didn’t say the words, “I am a gay man,” nor was he obligated to do so. The fact that he made the ranks of Out.com’s “Power 50” list, the magazine’s ranking of “the most famous gay people who are shaping the spheres of politics, entertainment, and culture in the world” in 2015 and 2016, should have provided enough of a hint to interested parties.

Rather he did so by telling the Huffington Post article’s author, Washington bureau chief Ryan Grim, that recently ousted Fox News chairman and CEO Roger Ailes never made homophobic remarks in his presence: “He treated me with respect, just respect,” Smith said, later adding:

“He was as nice as he could be to me. I loved him like a father. . . . I trusted him with my career and with — I trusted him and trusts were betrayed. People outside this company can’t know [how painful that betrayal was]. This place has its enemies, but inside, it was very personal, and very scarring and horrifying.”

There’s a lot to unpack in that Huffington Post profile, so it’s no shocker that this aspect of the story grabbed the most attention. Pressuring famous personalities to reveal their sexual orientation to the public is somewhat of a favorite pastime in the media; Gawker, for one, made waves by publishing a number of reports about Smith’s personal life, including a 2014 story alleging that Ailes had pressed the anchor to remain in the closet.

For any gay or lesbian personality to publicly come out is still meaningful and powerful, especially in a political and social climate as dangerously divided as ours is right now. Columnist Andrew Sullivan observed as much in the intro to his famous 2012 publication of an email from Anderson Cooper, done with Cooper’s blessing, in which the CNN anchor flatly stated, “The fact is, I’m gay, always have been, always will be, and I couldn’t be any more happy, comfortable with myself, and proud.”

But there’s a difference between CNN’s Cooper coming out and one of the faces of Fox News acknowledging his sexual orientation. Isn’t there?

Maybe not, in the post-Ailes era.

Let’s first acknowledge the irony of a gay man serving for years as a reporter and anchor at a top-rated cable news channel that nourished and grew its audience by supporting a right-leaning political agenda, one that was unfriendly to the LGBTQ population during “the aughts” and for most of this decade.

Smith also denied that Fox News is experiencing any internal conflict which, again, one would expect him to do. (The very public feud between Megyn Kelly and Sean Hannity indicates otherwise, epitomized by Kelly’s famous line following the September presidential debate, noting that while Trump was speaking to Hannity, “we'll see whether he speaks to the journalists in this room after that interview.")

And although Fox News has been correctly criticized for blurring the lines between journalism and opinion, Smith has always highlighted a solid line between the news arm of the organization and the channel’s pundits. “Everybody’s got a job to do,” he told the Huff Post. Fox News' Sean “Hannity is trying to get conservatives elected. And he wants you to listen to him and believe what he believes. And I’m disseminating facts. It’s really apples and teaspoons.”

Except to average Fox viewers who don’t see that delineation. No matter; thanks to Ellen DeGeneres’ conquest of middle America, they probably will not stop watching a man they have watched for 20 years now that he has confirmed that he is gay. Smith is an anchor who legitimizes Fox viewers’ loyalty to the network, in that he maintains some adherence to basic news-reporting standards even though the channel’s incendiary pundits steal all the sunlight.

He also publicly maintains an admiration for his workplace, which is not only a smart move for his career but also conveniently reveals a privileged perspective from inside the Fox News aquarium. One would expect the well-fed remora riding a shark in a tank stuffed with toothy predators to report that he feels people can tell he’s a different kind of fish. Never mind that from the other side of the glass, we mostly just see sharks.

Anyway, none of this is surprising. Instead the most telling aspect of that Huffington Post profile is what Smith said about his meeting with News Corporation media mogul Rupert Murdoch.

Murdoch, currently acting as CEO following Ailes’ ouster, had let Ailes shape Fox News into a right-wing ratings powerhouse as long as it made him money. And for decades, Ailes' tactics worked: Fox News generates more than $1 billion a year, accounting for one-fifth of 21st Century Fox’s profits.

Reports that Murdoch had instructed Ailes to stop promoting Donald Trump’s candidacy emerged in coverage by many outlets of the sexual harassment scandal that brought down the Fox News head. Even Murdoch had a sense of the worldwide implications of the disaster that he allowed Ailes to brew up, though he was probably less concerned about Trump's impact on Fox News’s reputation than his potential presidency’s effects on News Corp.’s bottom line.

If Murdoch is consulting Smith as he reconsiders Fox News’ direction, it will be interesting to observe any signs of a sea change in the current months.

Smith, an anchor who has held as closely to a centrist viewpoint as the network would allow, declares in the Huff Post article that he wants Fox to be “the best news organization in the America.” By no stretch of the imagination should this be interpreted to mean that the Fox News channel aims to rival "Democracy Now" or Vice. But if Murdoch gives the news arm resources to extend its reach and grants Smith the authority to shape its coverage, the Fox News beast will probably be altered in some fashion.

Change, if it truly is in the wind at Fox News, won’t happen overnight or painlessly, and it might not even happen at all. Ratings-wise, Fox News emerged as the most-watched basic cable channel in the third quarter of 2016, dominating prime time and total day viewing. In Fox News' target age demographic of 25- to 54-year-olds, viewership rose 50 percent in prime time compared with the same time period in 2015.

This data predates the vulgar, Trump-related October surprises that have left the electorate reeling and demoralized, but have resulted in a surge for Hannity. During the third quarter, “The Kelly File” was the top-rated program in the aforementioned demographic, but Hannity's show won September by featuring exclusive interviews with Trump.

You can bet that Trump has no intention of losing the audience that Hannity helped him gather even if he fails in his bid for the presidency. According to The Financial Times, Trump’s son-in-law Jared Kushner has had conversations with investment banker Aryeh Bourkoff to discuss the creation of a television startup. Trump, for his part, denied having interest in creating his own network. By now we know his word means nothing.

Such rumors could lead a person to wonder where Fox News will be a few years from now and how much of Ailes’ legacy will stay with it. But the single certainty is that whatever shape the organization takes from this moment onward will be in no way informed by whom Shepard Smith is sleeping with.