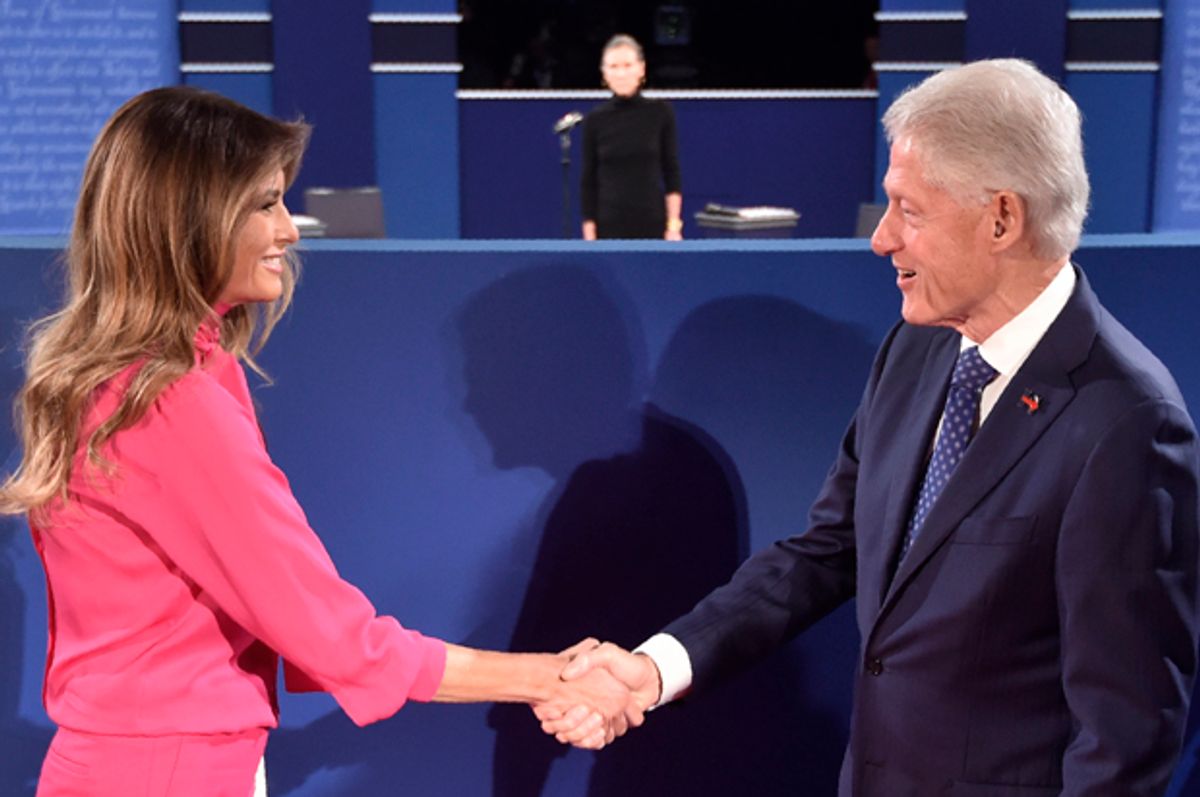 Not even their spouses will be shaking hands.

Bill Clinton and Melania Trump will forgo the traditional pre-debate handshake between family members, following a request that the Clinton campaign made, according to sources, The New York Times reported on Wednesday.

The spouses’ refusal to shake hands follows the candidates’ cold reception to each other. Before the last debate, Hillary Clinton and Donald Trump didn’t shake hands, setting the tone for the ugly night that followed.

The Clinton campaign made its no-handshake request for Melania and Bill in response to the Trump campaign’s unsuccessful attempt to seat three women — who had accused the former president of sexual misconduct — in the Trump family box. If the Trump campaign’s gambit had worked, Bill Clinton would have been forced to confront Juannita Broaddrick, Kathleen Willey and Paula Jones on national television. Trump even foreshadowed this plan by holding a press conference with Clinton’s three accusers mere hours before the debate began.

This time Trump has invited Patricia Smith, whose son Sean died at the U.S. consulate in Benghazi — in an attack that many conservatives have blamed at least in part on Hillary Clinton, who was the secretary of state at the time.

Clinton, on the other hand, is bringing two business leaders who have been outspoken critics of Trump: billionaire Mark Cuban and Hewlett-Packard CEO Meg Whitman, a Republican who ran for Governor of California in 2010 and recently renounced Trump and announced that she would be voting (and fundraising) for Hillary Clinton.