BULLSH**TER OF THE DAY: Michael Cohen for doubling down on his boss' "unattractive" defense

Donald Trump's lawyer jumps into the cesspool after him, making 100% sure we all know he's a misogynist 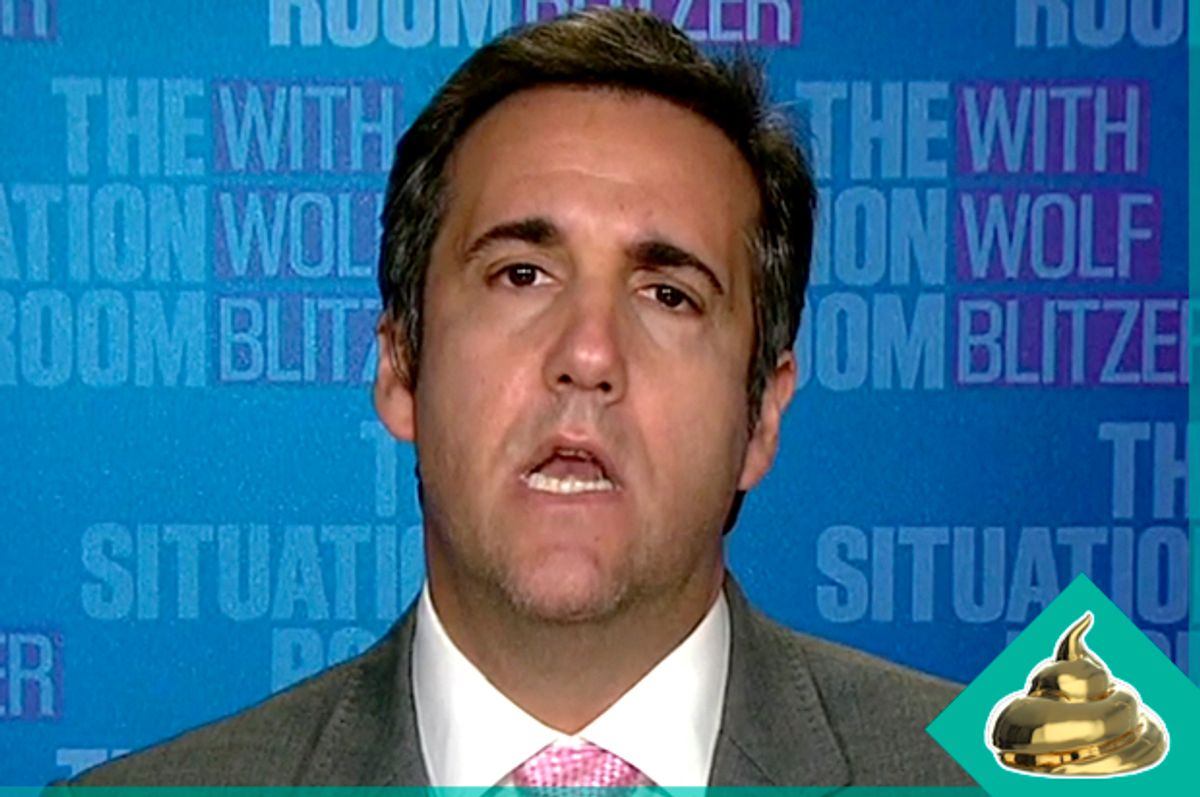 "Beauty is in the eye of the beholder. . . . I think what Mr. Trump is really trying to say is that they're not somebody that he would be attracted to and therefore this whole thing is nonsense"

Cohen was trying to explain the implications of Trump's "look at her" comment. To be fair, no one had any doubt that what Trump was saying was that Natasha Stoynoff wasn't attractive enough for him to have assaulted her. But Cohen thought it was important to go on CNN and spell it out for everyone.

How is "these women aren't pretty enough to be assaulted" a defense? Let's pause for a second. This person is Trump's lawyer. His legal representative. A person in charge of defending Trump from any potential sexual abuse lawsuits. And his defense is that the accusations are "nonsense" because Trump wouldn't be attracted to the victims. This line of reasoning is not only misogynistic and objectifying of women, it does nothing whatsoever to answer the question of whether Trump sexually assaulted Ms. Stoynoff. Perhaps this is just another case of "locker room talk."

Lawyers are generally known to be good with words. Cohen? Not so much. But perhaps his most famous bullshit is the time CNN host Brianna Keilar told him Trump's campaign was losing according to all the polls, and all he could do was bark repeatedly, "Says who?!"