Are the "Make America Great Again" tinfoil hats sold out yet? 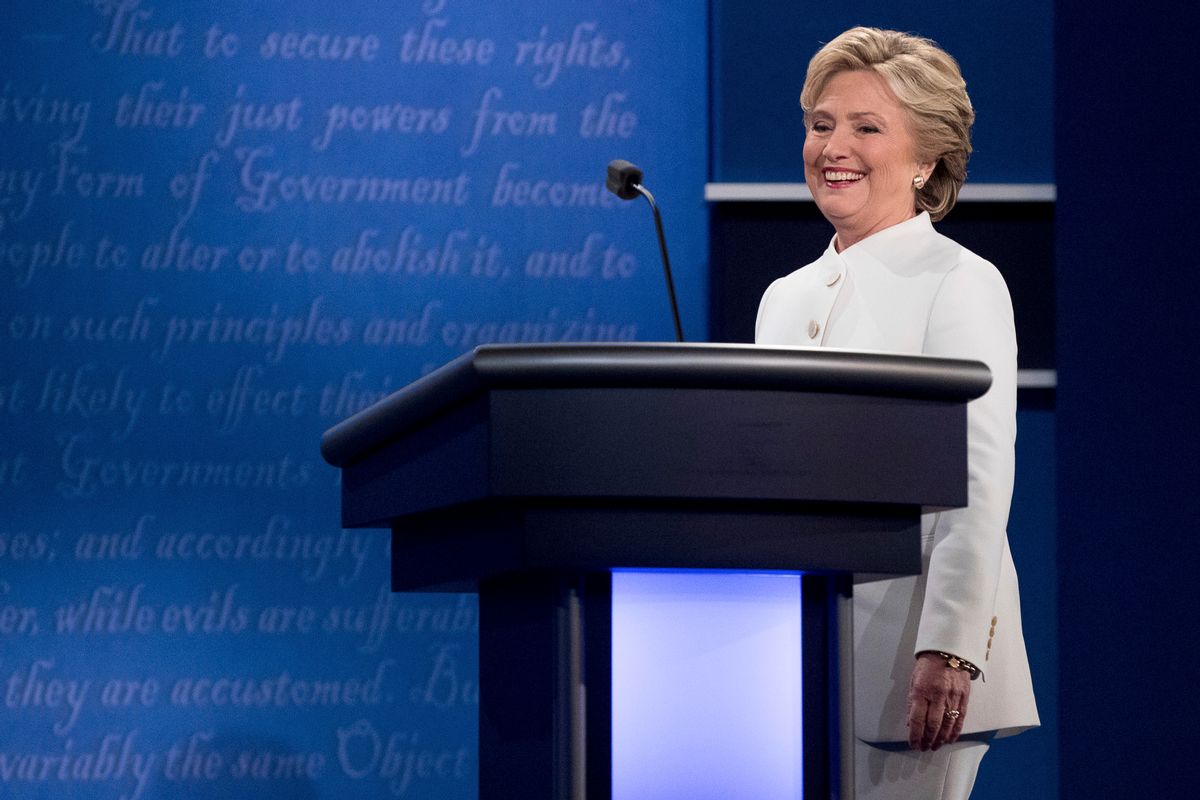 Any hope for an odds-defying President Donald J. Trump vanished before his supporters' eyes — whether they choose to believe it or not — during the third and final presidential debate on Wednesday. Some holdouts, however, have since constructed a conspiracy theory claiming that "crooked" Hillary Clinton was fed the debate questions beforehand.

The Republican nominee — himself a sort of hobbyist in the field — has subscribed wholeheartedly to the conspiracy theory:

We now know why the Democratic presidential nominee did it (she's "crooked"), but she did it remains a mystery. Enter conservative radio host Bill Mitchell.

Mitchell has been on the case all Thursday morning, examining a thin "glowing" panel of Clinton's podium that sheeple familiar with electric light largely ignored but that he knows somehow displayed her pre-prepared answers to the moderators' questions:

Well into his rant, Mitchell appeared to be distancing himself from his definitive accusations, suggesting that he may just be trolling Democrats:

But three minutes later, he was back in stride:

Mitchell, who has steadfastly supported Donald Trump despite the numbers, is "the Trump movement's post-truth, post-math anti-Nate Silver," as BuzzFeed has deemed him.

"Tweeting an average of 270 times per day, he has arguably become Donald Trump’s most unrelenting social media surrogate," BuzzFeed's Charlie Warzel wrote of Mitchell, whose Twitter handle is @mitchellvii. "Despite Trump’s leaked tax returns and sexual assault allegations, Mitchell isn’t just unwavering in his support, but increasingly certain of his candidate’s chances."

Despite the risk of persecution after a post-Election Day coup through which Trump usurps the Oval Office, at least one person on Twitter has made light of Mitchell's theory: