"No, you're the puppet": Highs and lows of the third presidential debate, as told by Twitter

The third and final presidential debate came and went. Here's what the pundits had to say 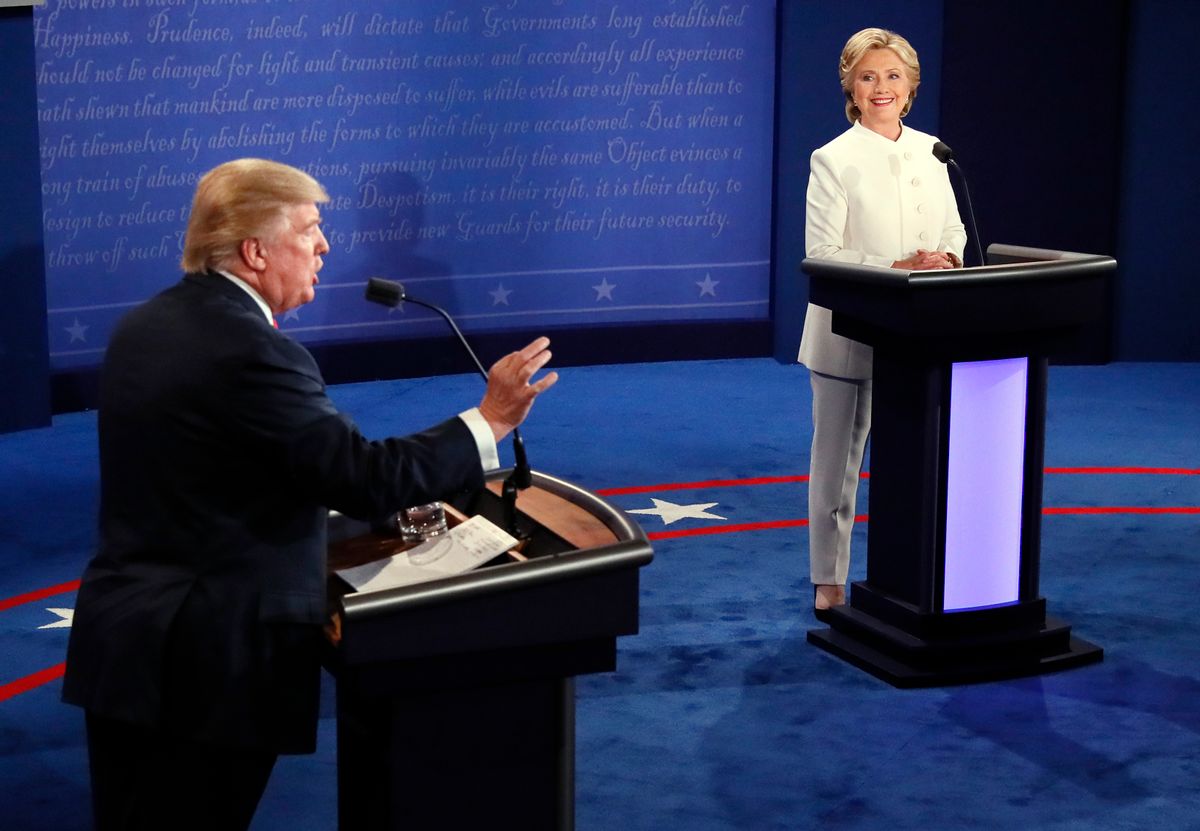 The debate is done. America made it out alive. For now, that is.

But before Donald Trump forced the nation to hold its breath in preparation for the morning of Nov. 9, Twitter was scratching its head over what didn't turn out to be a total failure of our political system — though it came pretty darn close.

Donald Trump stumbled out of the gate, having a hard time grasping how the female body worked, and what exactly happens in the end of pregnancy.

For the most part, the first 30 minutes of the debate were civil, a bright spot in an otherwise dark debate slate. But then, right about the time Donald Trump started losing it in previous debates, everything went off the rails.

Hillary Clinton was asked about some of the emails exposed by WikiLeaks, and somehow Trump spent most of the time talking about his relationship with Russian President Vladimir Putin.

Clinton referred to Trump as a puppet of Putin's, which reduced the Republican presidential nominee to a kid playing a game of "I know you are but what am I."

Trump had an opportunity to denounce foreign countries who attempted to manipulate the election. Instead, the GOP nominee expressed doubt, one more time, that Russia was involved with the email hacks.

Trump then conflated America's trade imbalance with the United States' policy of not collecting money from military allies. Which are two different things!

Trump interrupted Clinton throughout the debate, saying she was "wrong" on multiple occasions, and generally talking over his opponent.

When asked about the recent wave of sexual assault allegations that have rocked the Trump campaign, the former reality TV star said that the accusations were so patently false that he hadn't even apologized to his wife, Melania, for his purported transgressions.

A recent video that supposedly showed a Clinton supporter inciting violence at a Trump rally appeared online a few days ago. Trump referenced the video a couple of times during the debate, blaming the Clinton campaign for the ruckus atmosphere that has become a trademark of his campaign events.

At one point, Trump claimed that there was no one in the world who respects women more than he does -- an unverifiable claim, at best.

Trump invited Clinton to return money and gifts given to the Clinton Foundation by Middle Eastern nations that don't value gender equality.

The quote that will dominate Thursday's headlines came when Trump would not promise to honor the results of the election.

Clinton countered this gaffe by reminding everyone that Trump says the system is rigged whenever he loses.

But the overall takeaway for a lot of people was Trump's fleeting attention span.

A lot of people on Twitter were disappointed that climate change was not discussed.

To keep the debate about the issues, Trump quipped, "Such a nasty woman."

The debate ended when Wallace asked the candidates to summarize why they should be elected president.

After it was all over, Clinton and Trump declined to shake hands, another of the numerous ways this election campaign has left precedent and tradition behind.