President Donald Trump would be a "step down," GOP candidate's son says

If the White House isn't gold, it isn't worth it 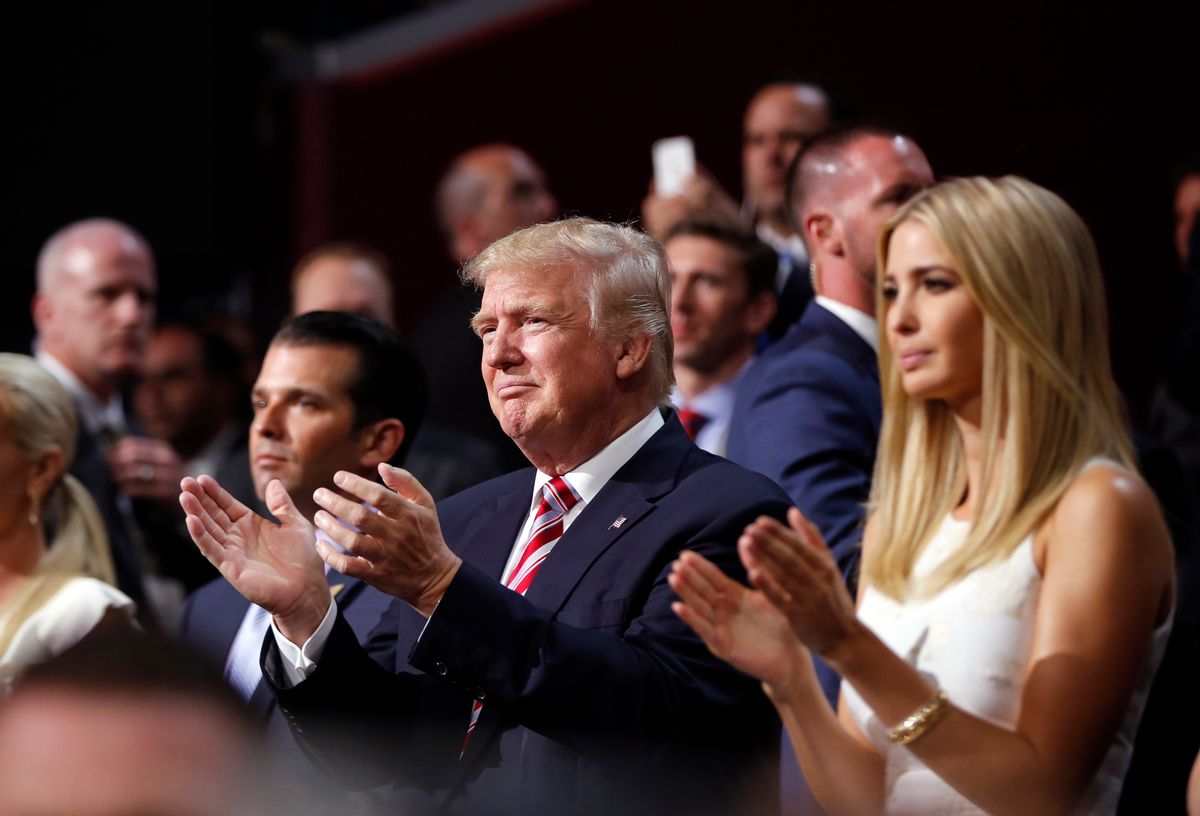 According to Donald Trump Jr., winning the presidency would actually be a “step down” for his father.

In an interview with Fox News shortly after the debate, Trump Jr. tried to spin his father’s unpolished performance by arguing that his father wasn’t a “career politician” and that “if he had been doing this for his whole life, he’d be the greatest politician in the history of the world.” This wasn’t the worst spin that Trump Jr. could have chosen after a debate that most viewers felt he had lost, but then he took things one step too far.

“Unlike Hillary Clinton, who's gotten very rich being a politician, peddling American influence, he hasn't — this is only a step down," Trump went on to say.

Trump's father, who may or may not actually be a billionaire, supports himself and his lavish lifestyle. Trump owns a $100 million penthouse suite in Manhattan, an opulent mansion that has been compared to that once owned by Saddam Hussein, and extravagances ranging from a personal helicopter and private jet to a personal yacht and, of course, Trump Tower.

This isn’t the first time that Trump Jr., like his father, has made controversial and even offensive comments. He has referred to women he dislikes as “bitches,” claimed that President Obama calling out racism is in itself racist, lamented not being able to make jokes about fat people, ridiculed child pageant stars who are abused by their parents, poked fun at Muslim names, jokingly gave “two thumbs up” to the movie that was being screened at the theater in Aurora, Colorado that suffered a mass shooting, and doubled down on his father’s claim that a disproportionate number of undocumented Mexican immigrants are rapists. He also has ties to white supremacist groups and the alt right, both groups that have backed his father’s presidential campaign with gusto.