The two surrogates had a mature debate where they discussed real issues affecting the country. Just kidding! 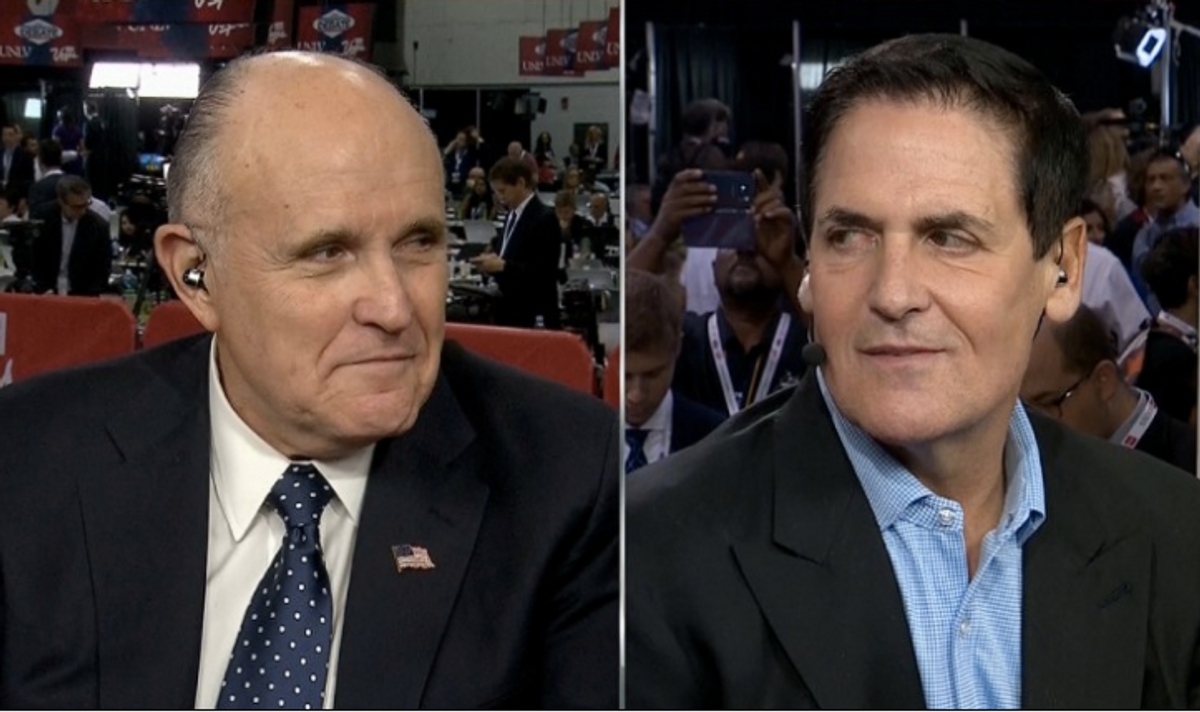 Throughout the intense back and forth, Cuban and Giuliani rolled their eyes and disputed about every word that came out of the other’s mouth.

“Everything you just said is incorrect,” Cuban said two minutes into the segment.

It wasn’t exactly an issues-based debate, as the two surrogates hashed out topics ranging from Bill Clinton’s sexual indiscretions to Donald Trump’s behavior with women and his failed business dealings.

“Monica Lewinsky would be in an insane asylum if she didn’t have that dress,” Giuliani yelled at one point.

“This is like out of ‘The X-Files,’ Mayor Giuliani,” Cuban responded at another point.

“When something goes wrong with Donald, he never owns it. It’s always a conspiracy. It’s always somebody out to get him. What has he owned, Mr. Mayor?” Cuban asked.

Watch a clip from the "debate" below: courtesy of CNN: