"That was less juvenile than the debate," said Colbert after making his sock puppet presidential nominees kiss 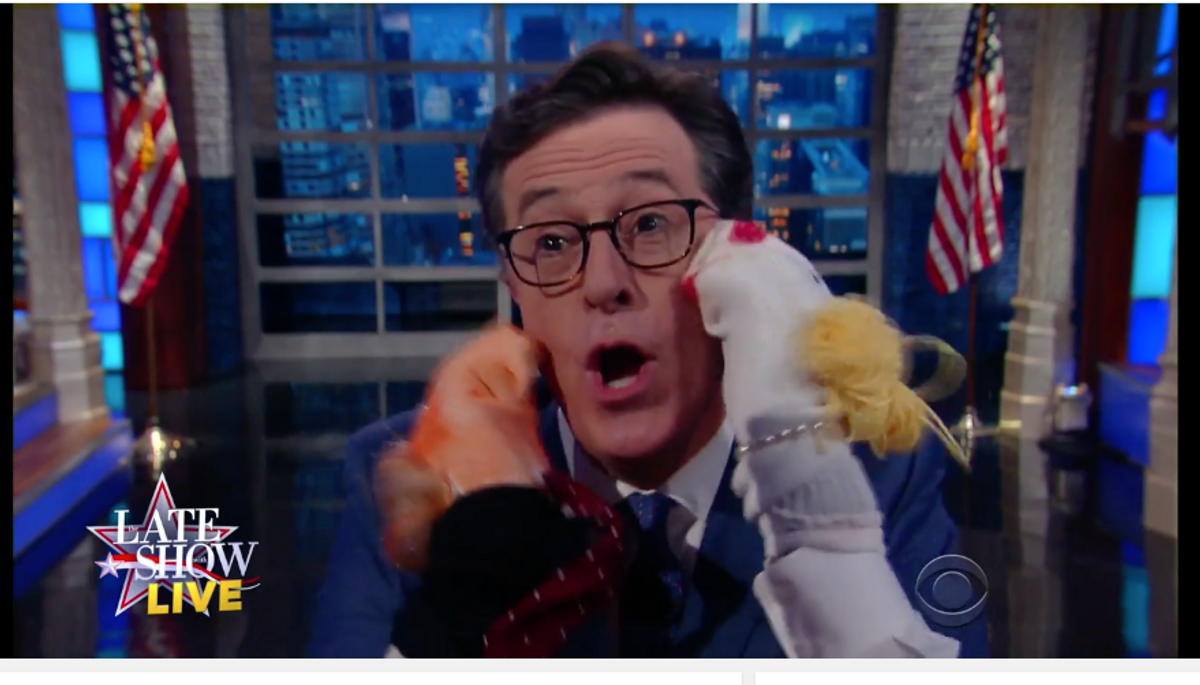 After Wednesday night's debate, Stephen Colbert made fun of the Hillary Clinton-Donald Trump puppet exchange by reenacting it with sock puppets. Moderator Chris Wallace's question about WikiLeaks during the debate devolved into finger pointing about Russian president Vladimir Putin. Democratic presidential nominee Hillary Clinton and Republican nominee Donald Trump pointed fingers about who would be Putin's puppet president, but Colbert and Twitter users already knew who the puppet was. "That was less juvenile than the debate," said Colbert after making the orange puppet kiss the blue puppet.

"Well, that’s because he’d rather have a puppet as president of the United States," said Secretary Clinton about Russian President Vladimir Putin. "You're the puppet!" Trump countered, taking his traditional elementary school approach.

Following the puppet exchange, the internet exploded in memes, gifs, and tweets of puppets from Kermit to Elmo.

“We would very much like to be excluded from this narrative.” Puppet Spokesperson #debatenight pic.twitter.com/NO1YMYtZqO — Jamie Golden (@jamiebgolden) October 20, 2016

Hillary: you're the puppet
Trump: no YOU'RE THE PUPPET

Chris Wallace's original question for Clinton was about her paid speeches to Goldman Sachs. Clinton said that her quote from the speech, "My dream is a hemispheric common market with open trade and open borders” was in fact in reference to energy, and that the WikiLeaks was being fed the information from Russian President Vladimir Putin. Trump's line of thought then went Russia, ISIS, nuclear war, puppet, puppet, puppet.