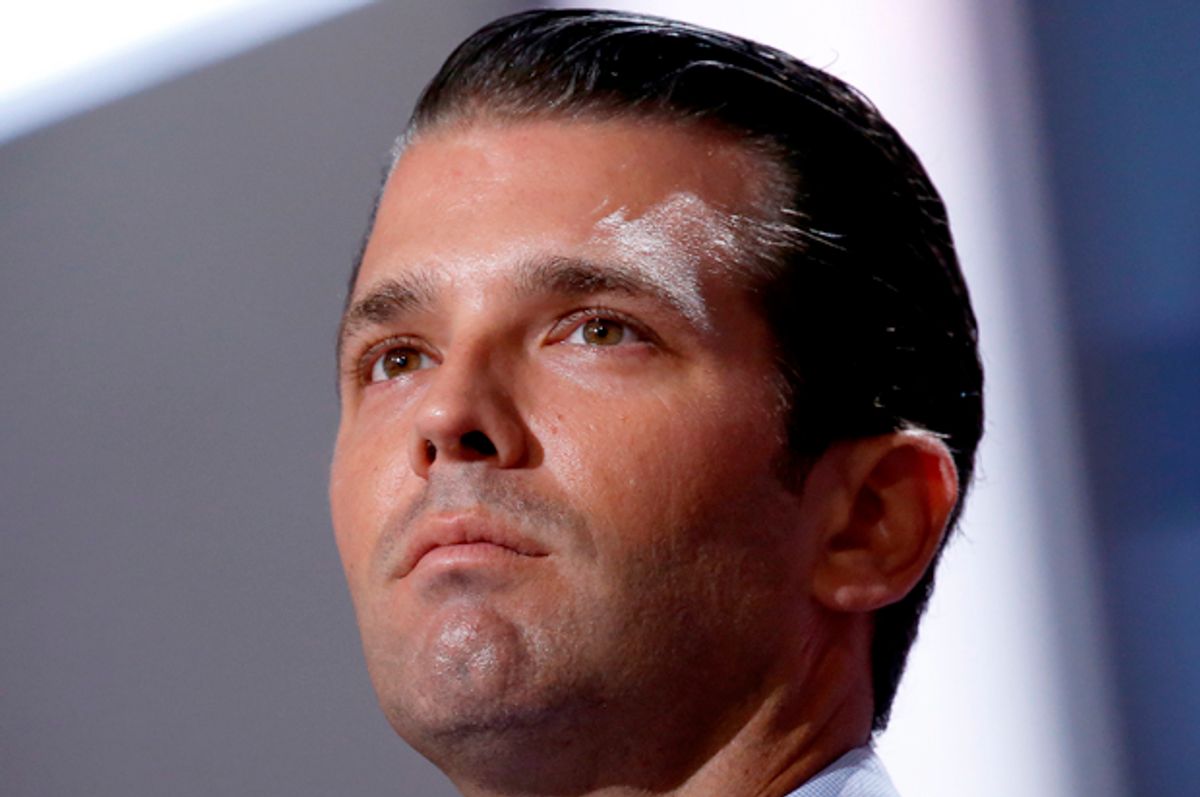 After being publicly chastised by a candy company for comparing Syrian refugees to poisoned Skittles, Donald Trump Jr. is now being sued by the photographer of the image – a refugee.

Trump Jr. recycled a white-supremacist meme first shared by former Republican congressman Joe Walsh last month when he affixed the official Trump campaign logo onto an image of a bowl of Skittles candy, asking, “If I had a bowl of Skittles and I told you three would kill you, would you take a handful?”

David Kittos, the photographer of the Skittles imaged used by Trump Jr., filed a lawsuit Tuesday in an Illinois federal court alleging that the photo used in the tweet is his and was used without his permission. Kittos, an England-based photographer who shares much of his work on Flickr, is suing Republican presidential nominee Donald Trump, Donald Trump Jr., the Trump campaign and vice presidential candidate Mike Pence for copyright infringement. Kitto said in his complaint that he included an All Rights Reserved copyright notice that Trump Jr. ignored.

“Skittles are candy. Refugees are people. We don’t feel it’s an appropriate analogy,” Vice President of Corporate Affairs Denise Young said in a statement shortly after Trump posted his tweet. “We will respectfully refrain from further commentary as anything we say could be misinterpreted as marketing.”

Kittos said that he was particularly incensed by Trump Jr.'s offensive comparison because he is a refugee.

"This was not done with my permission. I don’t support his politics and I would never take his money to use it,” Kittos told the BBC back in September.

“In 1974, when I was 6 years old, I was a refugee from the Turkish occupation of Cyprus so I would never approve the use of this image against refugees,” Kittos explained. “This isn’t about the money for me. They could have just bought a cheap image from a micro stock library. This is pure greed from them."

According to Law Newz, Kittos is seeking monetary damages for any harm he has suffered, and for any profits that Trump, the campaign, or the other defendants gained as a result of using the image.