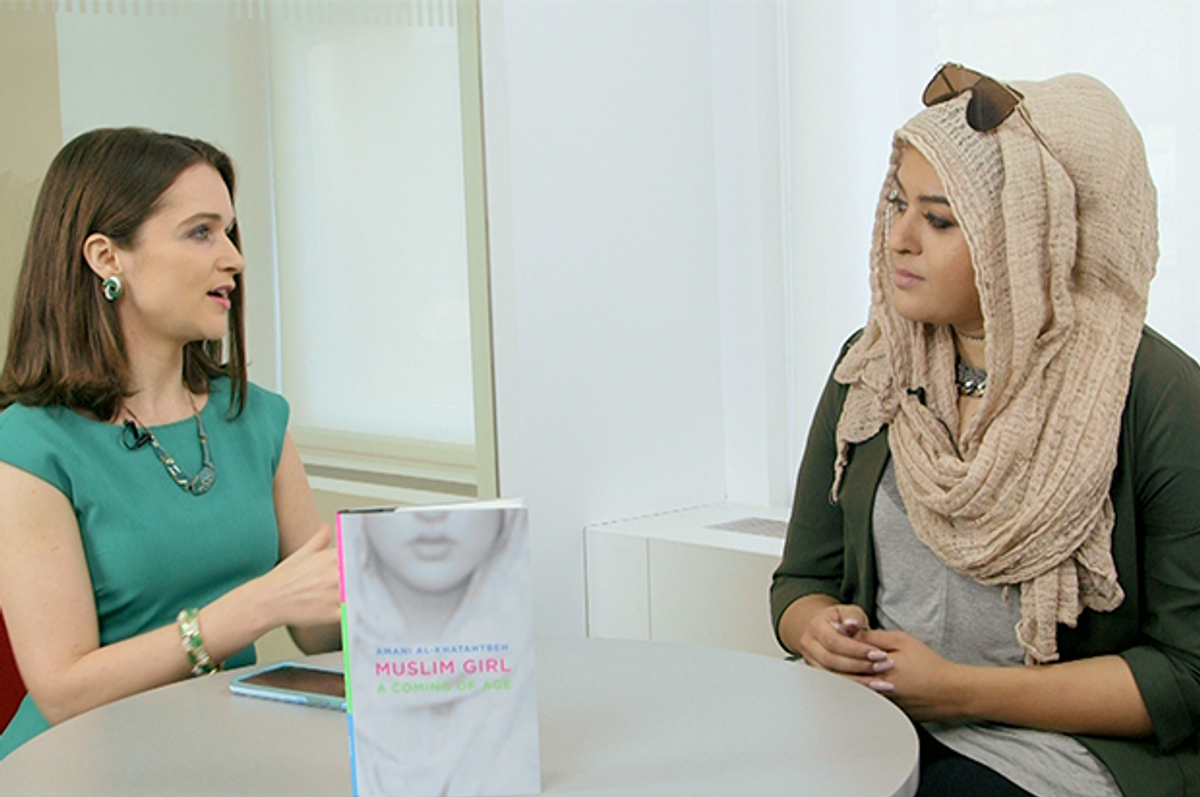 On Tuesday, Carrie Sheffield sat down with Amani Al-Khatahtbeh, editor-in-chief of Muslimgirl.com, to discuss her new book “Muslim Girl: A Coming Of Age." Both her blog and her book highlight life as a Muslim woman in a post-9/11 United States.

“For me personally, I would love a world where Muslim girls can just walk the streets without being afraid of being attacked for their religion or what they choose to wear,” Al-Khatahtbeh said.

Early in his campaign, Donald Trump proposed an immediate ban on all Muslims entering the country. Al-Khatahtbeh shared her thoughts by saying, “It’s completely contrary to the principles of America — like what we’re founded on — and if this is really the country, the land of the free, the land of opportunity, then that should be the last thing that we are willing to do — is to profile people based on their religion.”

When asked why she chooses to wear the head scarf Al-Khatahtbeh said, “I wanted it to be my public defiance of Islamophobia. When I was a child I was so pressured by that alienation that I started to hide the fact that I was a Muslim in school. And it made my so ashamed of myself, not because I was a Muslim but because I felt like I had to compromise a part of who I was because of my surroundings.”