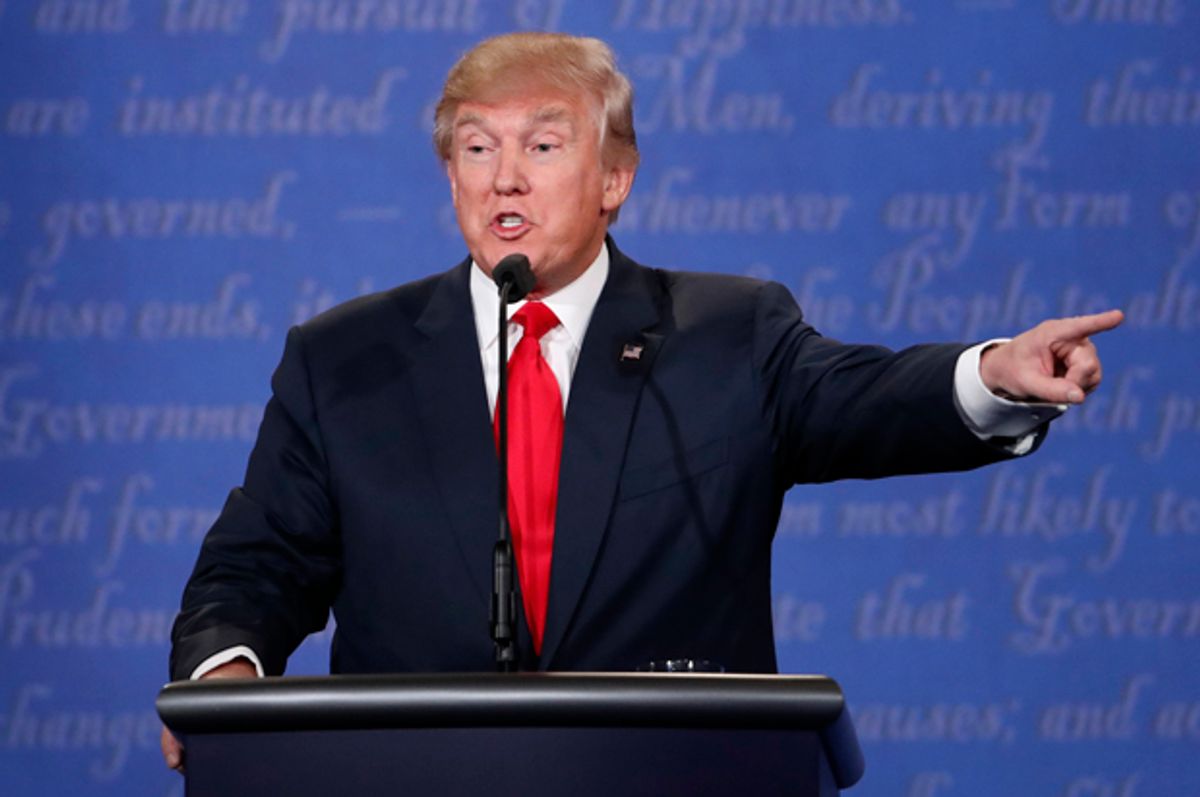 Donald Trump helped finance the creator of videos purporting to show individuals working on behalf of Hillary Clinton’s campaign inciting violence at Trump rallies, according to a new report.

The videos, which claimed to prove that the Clinton campaign (as well as representatives of President Barack Obama) were paying people $1,500 to “be violent, cause fights, do bad things,” were produced by James O’Keefe’s Project Veritas, which was given a $10,000 donation from the Trump Foundation, Think Progress reports.

Think Progress pointed to a donation from May 13, 2015 — a month before the Republican announced his candidacy.

There’s reason to be skeptical of the videos, which show independent contractors and Democratic National Committee officials bragging about sending mentally ill and homeless people to stir up trouble at Trump rallies, registering illegal immigrants to vote, and busing voters across state lines.

O’Keefe is an inherently unreliable source with a long history of deception. In 2009, he released videos that claimed to show employees of ACORN — a community social-services agency — offering advice on how to set up a brothel; it later came out that O’Keefe had edited the video to make this seem like it was happening, leaving out the part where ACORN called the police. In 2011, he committed a similar ethical breach in trying to depict then-NPR executive Ron Schiller as saying that Tea Party activists are “seriously racist people,” leaving out the context in which it turned out Schiller was actually quoting two Republicans rather than offering his own views. As recently as last year, O’Keefe was caught editing a video to make it wrongly seem like a Planned Parenthood employee was discussing harvesting and selling aborted fetus organs on the black market.

O’Keefe pleaded guilty in 2010 to misdemeanor charges for a break-in and alleged scheme to tap the phones of then-Louisiana Sen. Mary Landrieu. He was on probation for three years.  There was also the time he crossed a line with CNN correspondent Abbie Boudreau, rigging a boat with sex toys in a creepy attempt to embarrass the investigative journalist.