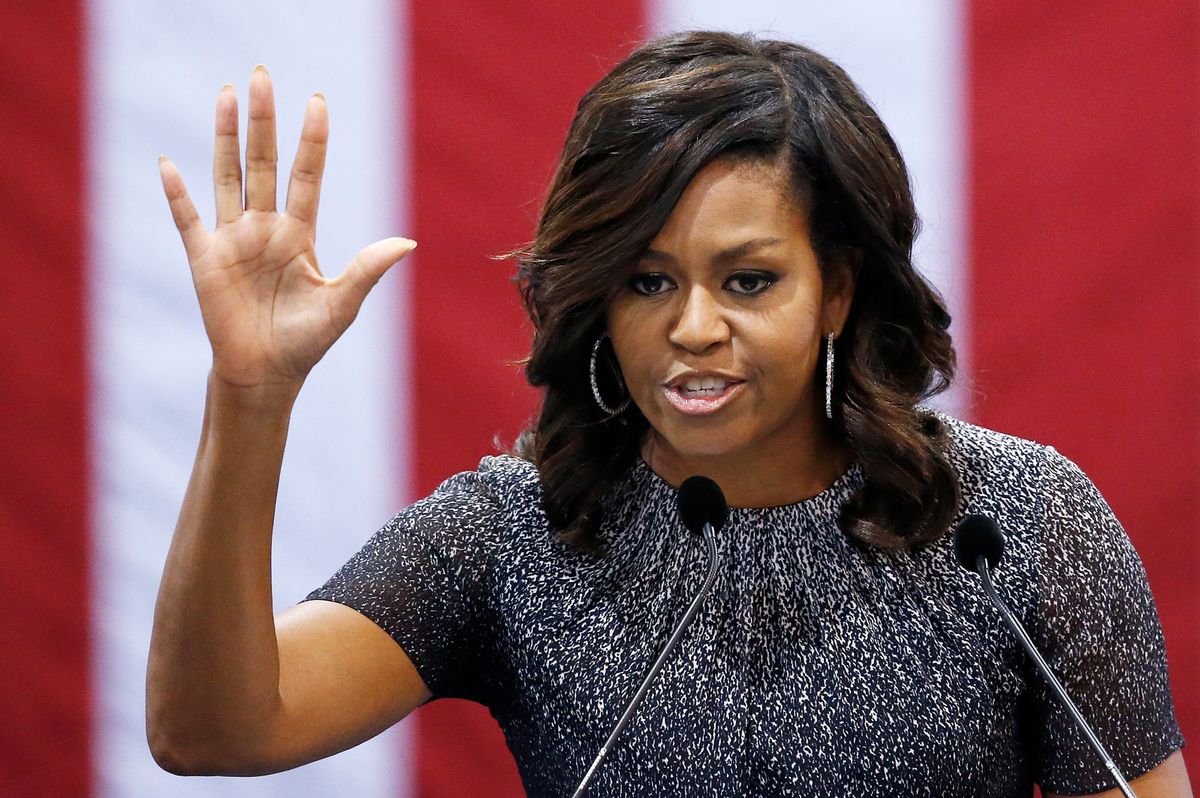 In the long list of popular public figures that Republican presidential nominee Donald Trump has insulted, he's finally gone low enough to scorn the woman who goes high. Friday, he attacked First Lady Michelle Obama in a speech to a crowd of his disciples in Fletcher, North Carolina. "All she wants to do is campaign," said Trump.

Trump goes after Michelle Obama, says "all she wants to do is campaign" pic.twitter.com/ARPN2925lv

Trump continued to demean Michelle Obama, calling her "his wife." He failed to mention her name or titles: "I see how much his wife likes Hillary, but wasn't she the one who originally started the statement 'if you can't take care of your home' . . . right?"  Trump implied that Mrs. Obama criticized Hillary Clinton in a 2008 speech, which Mrs. Obama has since denied and said that she was referring to her own family.

At the Al Smith charity dinner Thursday night, Trump critiqued the first lady, mostly in his tone, likely licking his chops in preparation for his Friday attack. "Michelle Obama gives a speech and everyone loves it — it's fantastic. They think she's absolutely great. My wife, Melania, gives the exact same speech, and people get on her case. And I don't get it. I don't know why," joked the country's first orange presidential nominee.

Thursday, Michelle Obama spoke to a crowd of Hillary Clinton supporters in Arizona and criticized the Republican Presidential nominee. "You do not keep American democracy ‘in suspense" she said, alluding to Trump's statement at the final debate when he decided to keep the country "in suspense" on the question of whether or not he would accept the elections results should Secretary Hillary Clinton win the election.

64 percent of Americans approve of the first lady according to an August Gallup poll, making her more popular than President Bill Clinton at 58 percent, and Melania Trump at 38 percent. This also means even Melania is more favorable than Donald Trump who had a 35 percent favorability rating after the first debate, and that poll was taken before Pussygate.