Donald Trump walks out on reporter when asked about his comments: "I am the least racist person you've ever met" 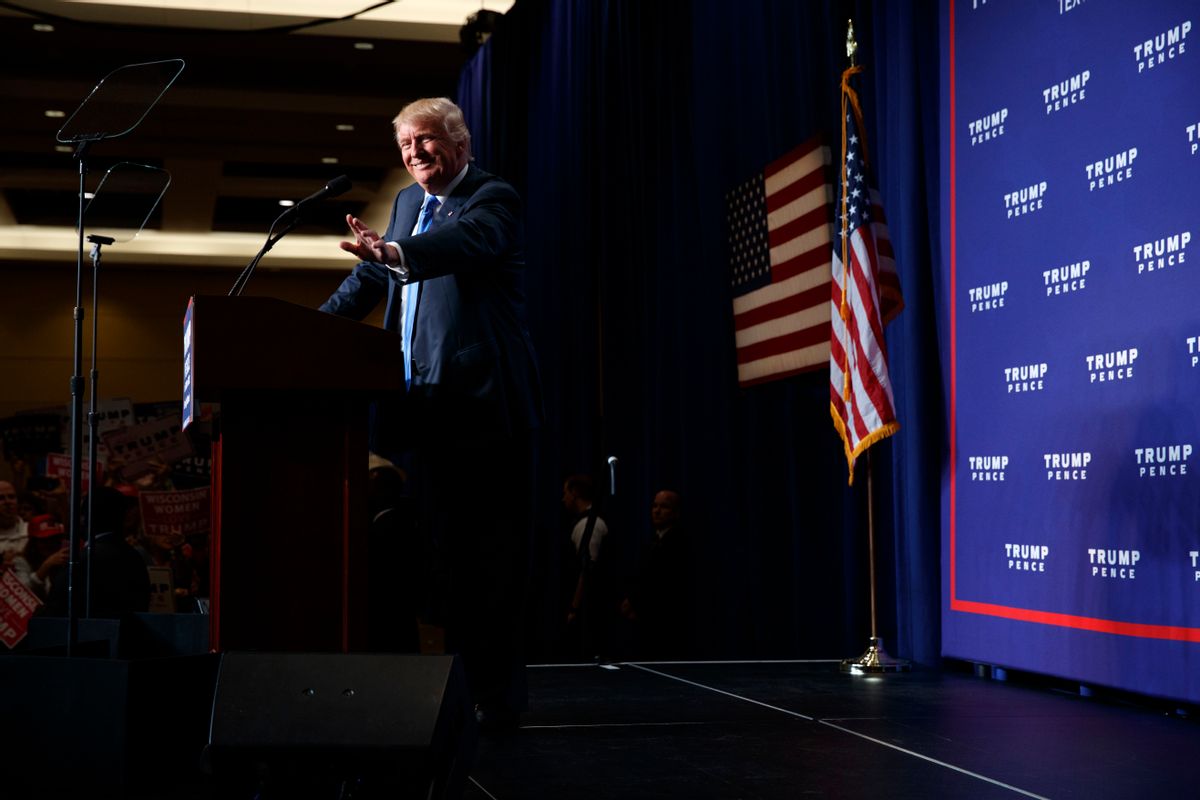 For the second time this week, Donald Trump has walked away from an interview as soon as it got tough for him.

In an interview with WCMH-TV in Columbus, Ohio on Thursday, Trump was asked by Colleen Marshall about the allegations of racism and sexism that have been repeatedly made against him.

“Nineteen days out from the election, you’ve been labeled a racist, you’ve been called a sexist, how—,” Marshall asked before Trump cut her off and began to walk away.

When she followed up as he was leaving, Trump quickly turned around and replied, “I am the least racist person you’ve ever met.”

Earlier that same day, Trump walked away from an interview with Kevin Landers of WBNS. Landers asked him about recent allegations from yoga instructor Karena Virginia, who claims that Trump sexually assaulted her at the U.S. Open in 1998.

When asked about the alleged incident, Trump simply replied “I know nothing about it. I don’t know what you’re talking about” and walked off.

In a statement later that day, the Trump campaign declared: “Discredited political operative Gloria Allred, in another coordinated, publicity seeking attack with the Clinton campaign, will stop at nothing to smear Mr. Trump. Give me a break. Voters are tired of these circus-like antics and reject these fictional stories and the clear efforts to benefit Hillary Clinton.”