"Great quote from Hitler in the video," GOP Speaker Pro Tem Peggy Mast wrote in a post on her private Facebook 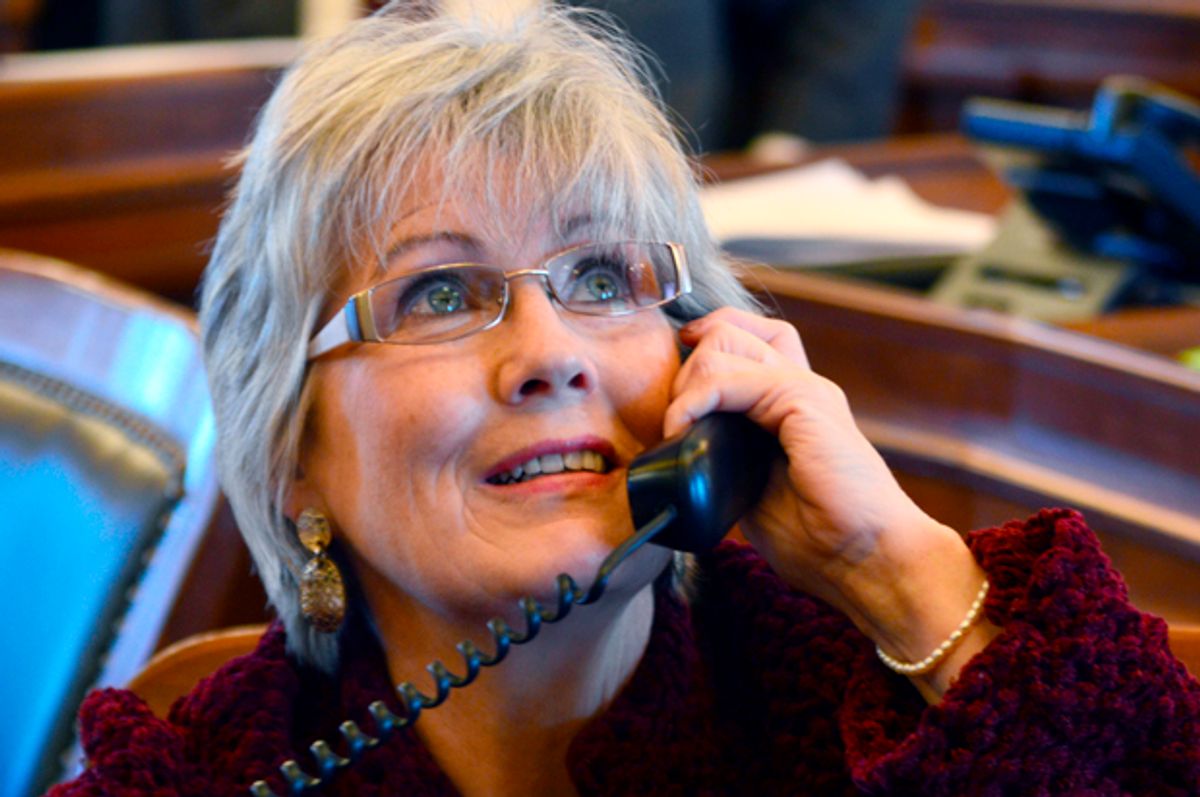 Some Republicans are trying to distance themselves from the white supremacists and neo-Nazis emerging in this campaign cycle coming out in support of their party's presidential nominee. Naturally, one of Donald Trump's supporters is praising Adolf Hitler's rhetorical strategy.

In a post on her private Facebook page, which features pro-Trump and anti-Hillary Clinton memes, prominent Kansas state Speaker of the House Pro Tempore Peggy Mast, who served in the electoral body since 1997, appeared to praise a quote by the Nazi dictator. The post was unearthed by The Wichita Eagle.

"Great quote from Hitler in the video," Mast urged, referring to an article on JulieRoys.com — a Christian blog — about anti-abortion activist Gianna Jessen's testimony before the House Judiciary Commission. "Please listen to it closely. His words are profound! Let’s start using discernment."

In her testimony, Jessen recited the following, from Hitler's 1925 autobiography, "Mein Kampf":

The receptivity of the masses is very limited, their intelligence is small, but their power of forgetting is enormous. In consequence of these facts, all effective propaganda must be limited to a very few points and must harp on these in slogans until the last member of the public understands what you want him to understand by your slogan

Jessen tied the quote to Planned Parenthood's use of "deception, the manipulation of language and slogans, such as 'a woman’s right to choose,' to achieve their monetary aims."

Due to evident Facebook ineptness, Mast forgot to link to the article, so her first post appeared as a stand-alone endorsement of the Nazi dictator.

"Sorry, I’m confused," commented Kansas House Speaker Ray Merrick’s chief of staff, Christie Krieghauser. "What video and how is there a great quote from Hitler?"

Mast then posted a follow-up with the proper citation, clarifying, "the intent of my previous post: Planned Parenthood has learned well the same tactics and deception used by Hitler regarding innocent lives. . .  I was making a connection between the ideology he used and the arguments made by Planned Parenthood."