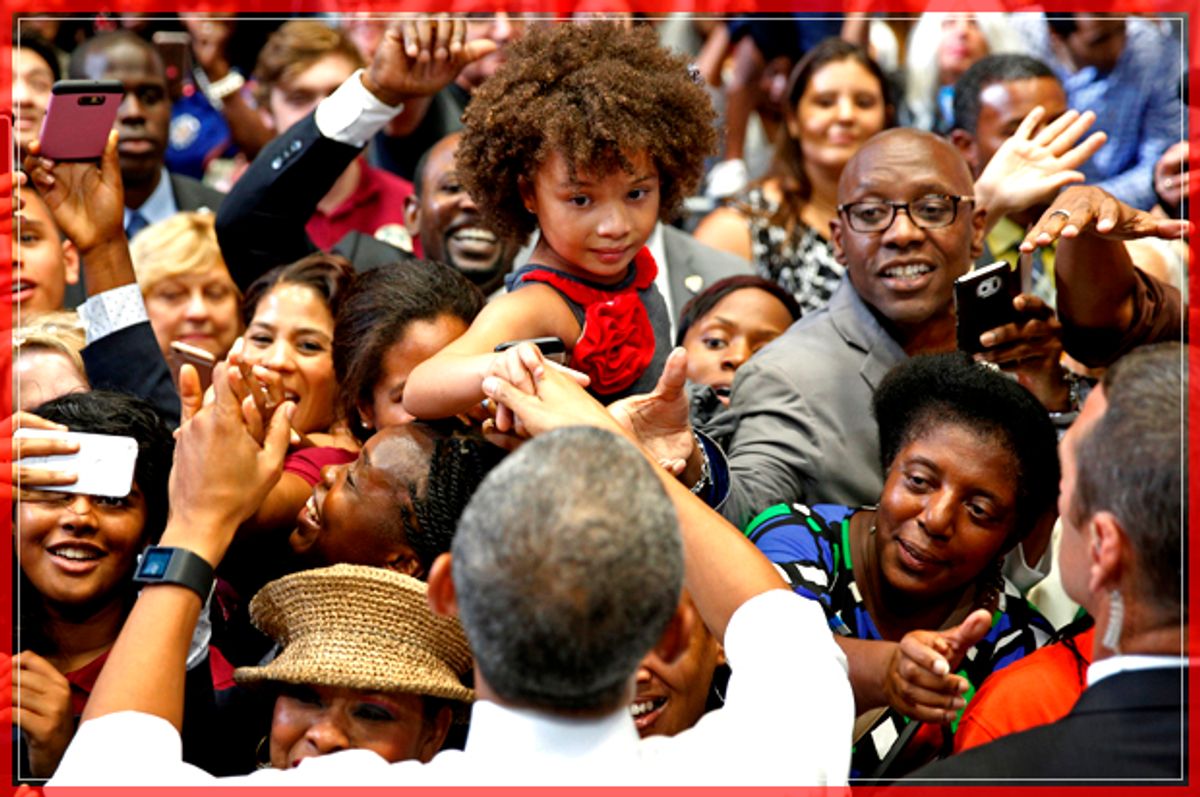 U.S. President Barack Obama shakes hands with a girl being held above the crowd during a Clinton-Kaine campaign rally at Florida Memorial University in Miami, October 20, 2016. REUTERS/Kevin Lamarque - RTX2PS3K (Reuters)
-- Melania, what are you looking at? Robot pets are still a thing apparently. To showcase China's advancements in robotics, exhibitors displayed robot dogs at the World Robot Conference in Beijing Friday. In the near future, the world power hopes to rely on robots in manufacturing and the service industries. Inventing a robot dog that Sony already perfected in the early 2000s (AIBO series) was a good use of time

Bucharest, Romania   Andreea Alexandru/AP
Two stray dogs peer through a fence in Romania, where the stray dog population is a staggering 60 thousand For as much talk of 2016 being a change election, it sure does look like Mr. Hope & Change is proving a powerful asset for down-ballot Democrats who ran away from him in 2014. It was announced Friday that President Obama will appear in campaign ads for at least seven Senate candidates while his favorability hovers in the mid-50s.