WATCH: Donald Trump had trouble voting in 2004 because the system prevented voter fraud too well 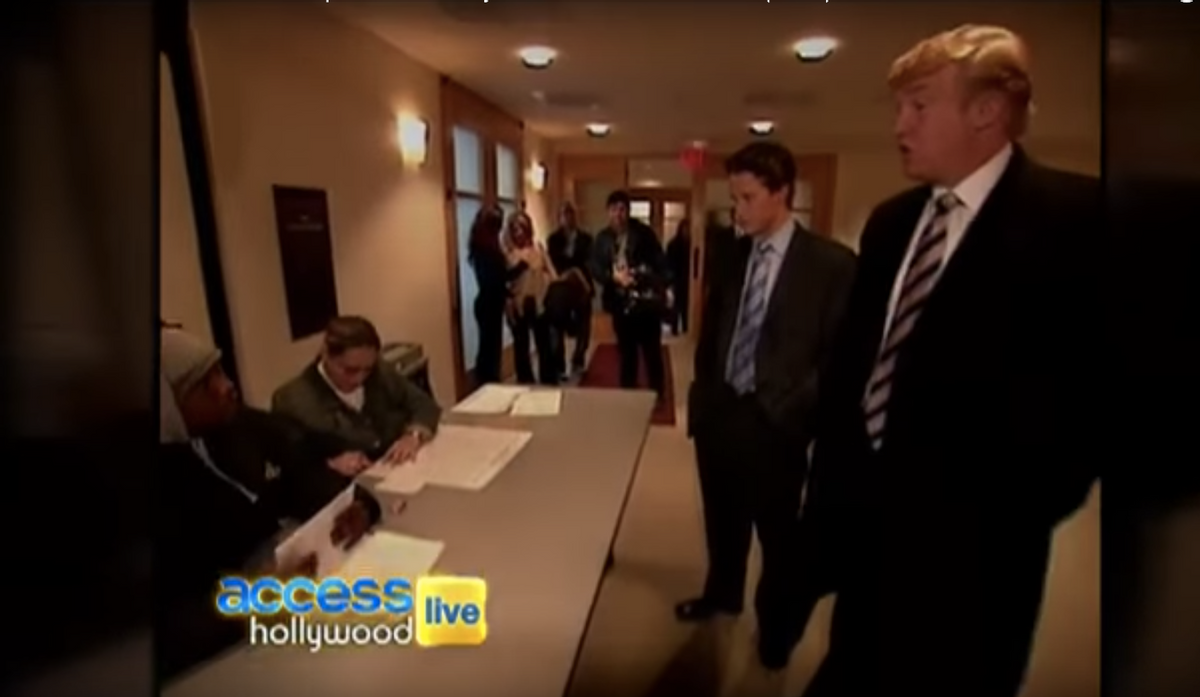 Donald Trump may claim that voter fraud is rampant, but his own experience being turned away from voting twice during the 2004 presidential election suggests he should know better.

In 2004, during an appearance on "Access Hollywood" — of course it would be with Billy Bush — Trump was turned away from two different polling sites during the presidential election because his name wasn’t on the rolls. The error occurred because Trump’s son, Donald Trump Jr., had changed his address, but that didn’t make it any less frustrating for the GOP nominee.

Trump downplayed the initial disenfranchisement in the way only Donald Trump could do. “OK, I like that location better. It’s a richer location,” he said.

At the second occasion, with visible annoyance, Trump could be heard exclaiming, “So it’s not here, right?”

Trump has spent the past few weeks of this campaign insisting that voter fraud is “very, very common,” and worrying that the presidential election will be stolen from him on Nov. 9.  During Wednesday’s presidential debate, he refused to agree to concede the election if it was declared that he had lost to Hillary Clinton, instead saying that he’ll “keep you in suspense.”

On Thursday, Trump has said that he will only accept the results “if I win.”