Why we care about endorsements: Newspapers are important in presidential races

There's momentum in an endorsement, even if you don't agree on the importance of newspapers 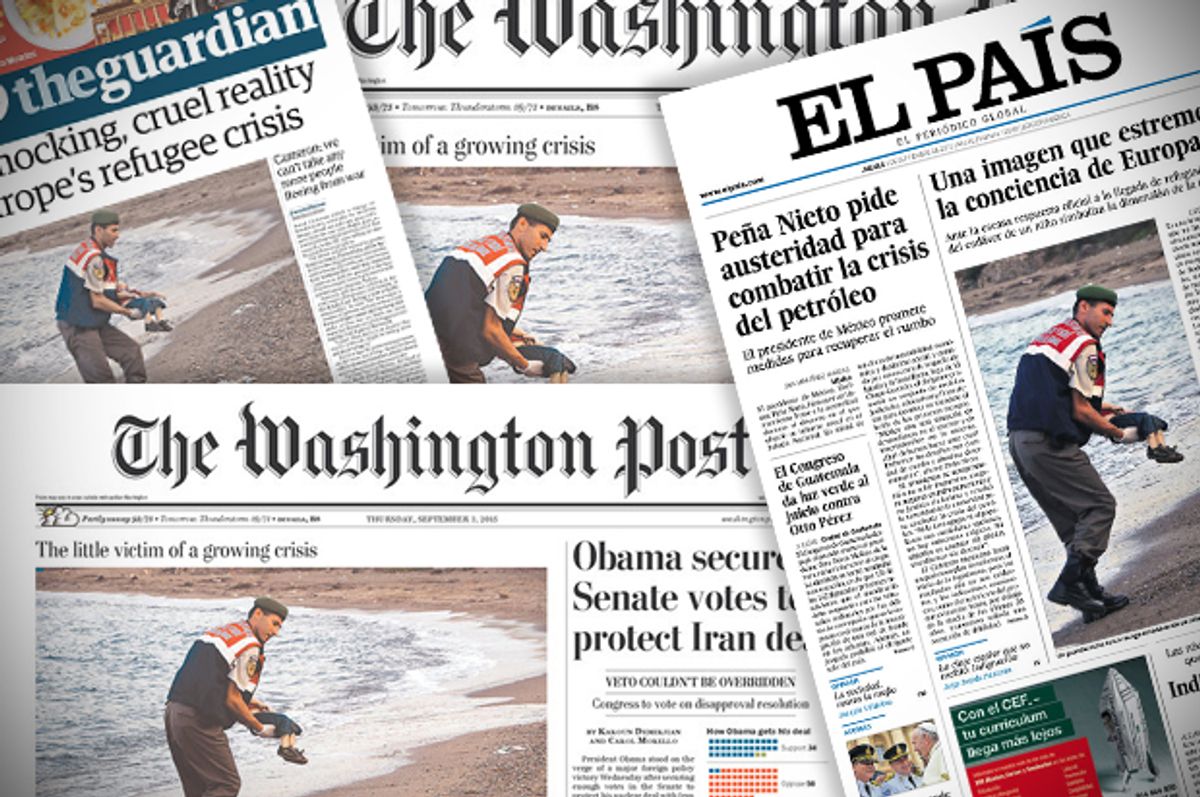 What do The Houston Chronicle, The Dallas Morning News, The Cincinnati Enquirer and The Columbus Dispatch have in common?

They’ve all broken from their tradition of endorsing Republican nominees and have endorsed Hillary Clinton for president.

On the same note, The Chicago Tribune, USA Today and The Atlantic have also done something new this cycle: The Tribune endorsed the Libertarian candidate, Gary Johnson (the paper usually endorses the Republican nominee, except for Barack Obama in 2008). The latter two usually don’t make endorsements but have written editorials urging voters to either not vote for Republican candidate Donald Trump (USA Today) or vote for Hillary Clinton (The Atlantic).

In fact, none of the top 50 newspapers has endorsed Trump so far — a stark difference from the 2012 race, when GOP candidate Mitt Romney garnered a number of endorsements.

This avalanche of surprise endorsements has raised an important question: Do newspapers endorsements even matter? And, if so, do some matter more than others?

Going to the betting markets

In 2008, we were living in Chicago when The Chicago Tribune decided to endorse, for the first time in its history, a Democratic presidential candidate, Barack Obama. It was big news.

As economists born outside of the United States, we were curious about this phenomenon. Around the world, newspaper endorsements for political candidates aren’t the norm; they certainly don’t take place in our home countries (Argentina, France and Portugal). So we decided to investigate the impact of newspaper endorsements.

We’re not the first to do so; in an influential paper, economists Chun-Fang Chiang and Brian Knight found that newspapers endorsements are likely to influence readers’ decisions, especially those of more moderate voters.

Building upon this research, we wanted to address a different issue: To what extent can newspaper endorsements influence the daily odds of each candidate winning?

Winning candidates will often receive a good chunk of endorsements. But it’s difficult to tell whether the endorsements helped get him or her the votes, or whether they earned votes simply due to the fact that they were good candidates. It’s the common dilemma of “causation or correlation.”

Therefore, our main challenge was creating a situation in which the quality of the candidate could remain constant, but the vote share could move.

To do this, we used data from online prediction markets – specifically, INTRADE, a now-defunct online platform that included a prediction exchange that would allow people to take positions (called “contracts”) on the probability of practically any event taking place. Contracts might include “England to win the 2010 Soccer World Cup,” “Jennifer Lawrence to win the Oscar for Best Actress” or, in our case, “Obama to win US Presidential Election” in 2008 and 2012. The price of a contract depends on the probability of the event taking place. For example, after England tied with the United States 1-1 in its first World Cup soccer match against South Africa, the corresponding contract for England winning the World Cup saw its price dramatically go down.

As such, the contract price reflects the average probability of a candidate winning the election, as estimated by market participants. For example, say the price of an “Obama winning the election” contract was US$5.25 on a given day. This meant that Obama had a 52.5 percent probability of winning at the time of purchase. If you bought a contract on that day – and if Obama ended up winning – you’d earn $10, for a net gain of $4.75. If he lost, the owner would lose his initial bet. Some researchers prefer these measures to polls because, rather than asking for a voter’s preferences, prediction markets make people “put their money where their mouth is.”

Following this tradition, we collected the data of the 2008 and 2012 elections, and used the price on the Obama contract to show his daily probability of winning. We then looked at how a day with a number of endorsements supporting one or the other candidate influenced this probability (measured at the end of the day).

But not every newspaper endorsement is equal, and it’s important to factor this into the analysis as well. Some have more readers than others. Some tend to support Republican candidates, while others tend to support Democratic candidates.

For this reason, we classified newspapers according to their political leaning along two dimensions already measured in the literature: (1) the media slant (a measure created in the influential work of economists Matthew Gentzkow and Jesse Shapiro) and (2) their propensity to endorse the Democratic candidate, data that come from the work of political scientists Stephen Ansolabehere, Rebecca Lessem and James M. Snyder.

The media slant measure – which examines the ideology of the newspaper and the language used in covering polarizing matters such as abortion, illegal immigrants and stem-cell research – is used to determine whether or not an endorsement is a surprise.

We then estimated the impact of such endorsements on Obama’s probability of winning.

Our first findings built nicely upon previous research. We found, perhaps not surprisingly, that endorsements from high-circulation newspapers have a larger effect on the probability of winning.

More interestingly, our results suggested that endorsements that were a surprise (given the editorial board choices in previous elections) – but were still consistent with the traditional style and rhetoric of the newspaper – seemed to matter the most. For instance, The Chicago Tribune’s endorsement for Obama in 2008 seemed to have a significant effect. The paper had never endorsed a Democrat candidate before, but it also maintained its traditional center-right style and tone.

Overall, we found that on days with at least one endorsement, the endorsed candidate experiences higher odds of winning. There’s some evidence that this effect increases the more endorsements a candidate receives on a given day. However, this should be taken with a grain of salt; with each additional endorsement, the marginal effect decreases.

Extrapolating our results to the current election, this means that USA Today’s mandate to not elect Trump could have a significant effect, since it’s one of the top U.S. newspapers in terms of circulation.

And what about Hillary’s endorsements from right-leaning publications that endorsed Romney in 2012, like The Cincinnati Enquirer? Using our data from previous election cycles, if Clinton had a 50 percent chance of winning on the day of the endorsement, it would have likely increased her odds of winning the election by a couple of percentage points.

Putting our economists’ hats on, we know our results should be interpreted with caution, as they speak to short-run effects on the perceived probability of a candidate winning the elections. Those effects may fade as we get closer to election date or as long as other events take place during the campaign. Naturally, new information could emerge about a candidate that influences the final outcome. The most conservative interpretation of our results is that newspaper endorsements can help to create momentum that the receiving candidate can build upon.

In our paper, we explain in detail why the interpretation of our results should be taken as causal, and not casual. (That is, our identification strategy implies that the probability of winning increases due to the endorsements and not other events that may have taken place the same day.)

In sum, do endorsements matter? Definitely. They can help create momentum for the candidate and slightly shift the odds. But will they define the outcome on Election Day? Unlikely.