WATCH: Alec Baldwin's Donald Trump loses it in "SNL" debate sketch: "They are ripping babies out of vaginas!" 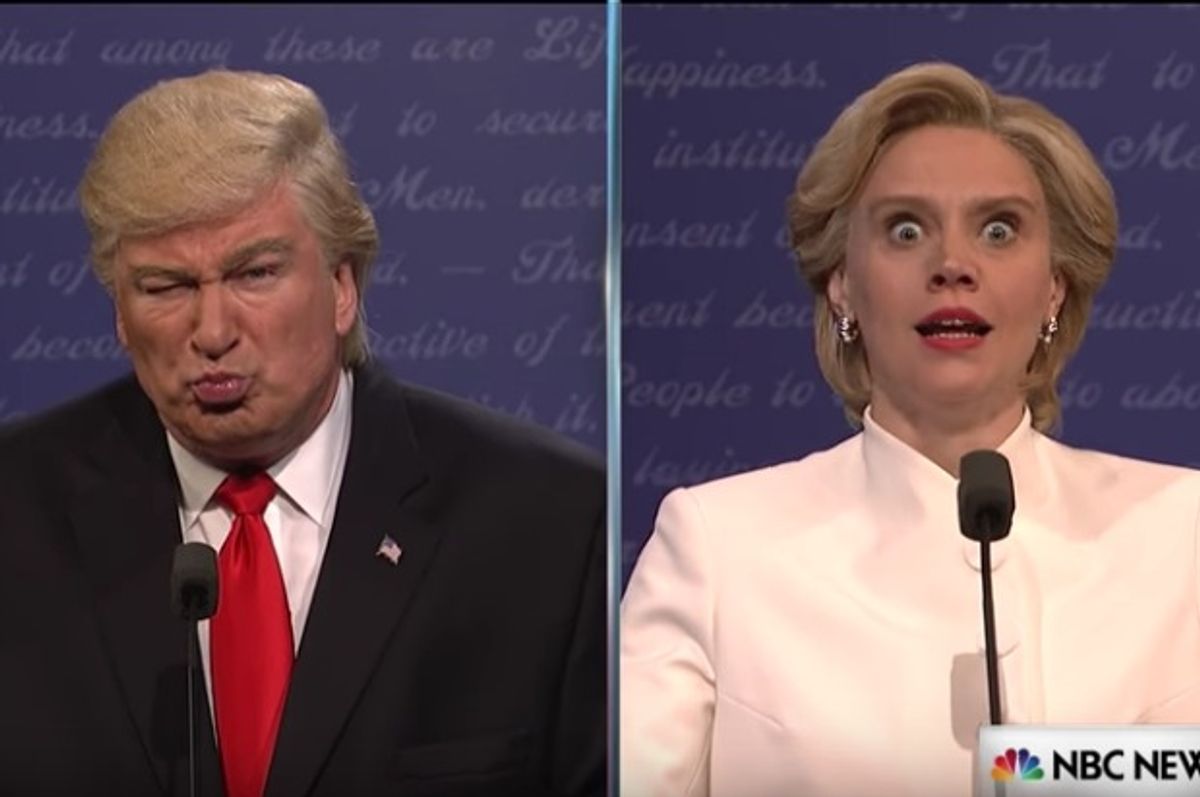 "Saturday Night Live" opened last night's show with a send-up of the third presidential debate, moderated by Chris Wallace (Tom Hanks), who begins by pointing out that like the third "Lord of the Rings" movie, nobody really wanted to watch but we all needed to see the saga through to the end.

Alec Baldwin reprised his grotesque Donald Trump impression, ramping up from his early "Baby Trump" slowness to a compulsive sniffing, word salad-rambling, full-on Mosul spiral by the middle of the debate.

"They are ripping babies out of vaginas," he declared in the opening question about women's health, after which Hillary Clinton (Kate McKinnon) stepped in to point out the differences between the candidates.

Watch the full sketch, and be happy this is truly the final Trump-Clinton debate we have to sit through.