After calling Trump a "clown genius," the cartoonist is now promising to join an armed resistance to kill him 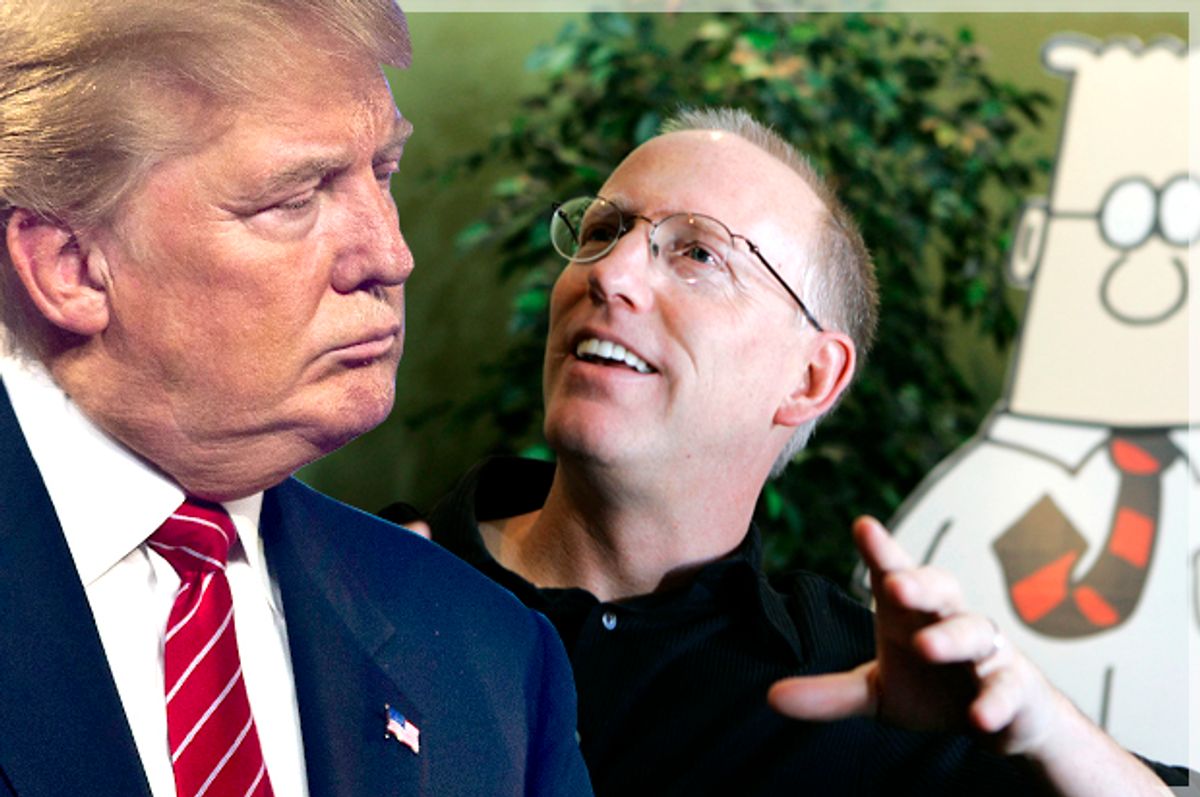 Cartoonist Scott Adams, who created "Dilbert," ranks among the most unorthodox Donald Trump apologists to emerge this election cycle.

During the primaries, Adams gushed on his blog about Trump's persuasive power, calling the Republican presidential nominee a "clown genius" with "a 98% chance of . . . winning the whole thing."

And though Adams formally endorsed Democratic candidate Hillary Clinton in June, he later explained that he did so out of concern for his own safety and believed himself to be "a top-ten assassination target."

After news broke of Trump's sexual indiscretions, however, Adams had to dial back his Republican cheerleading, which he claimed was ruining his reputation. He instead pivoted to unapologetic meninism, a rabid anti-feminist philosophy.

"Everything that goes wrong with the country from this point forward is women’s fault," Adams wrote shortly after a tape leaked of Trump bragging about sexually assaulting women. "Men had a good run. We invented almost everything, and that’s cool. But we also started all of the wars and committed most of the crimes. It’s a mixed record to be sure. Now it’s time for something different, apparently."

He added, "Hillary Clinton is all yours, ladies," pointing out that "she and her alleged rapist husband are your brand now. Wear them well."

In a recent post on Friday, Adams declared, "If Trump gets elected, and he does anything that looks even slightly Hitler-ish in office, I will join the resistance movement and help kill him."

"That’s an easy promise to make, and I hope my fellow citizens would use their Second Amendment rights to rise up and help me kill any Hitler-type person who rose to the top job in this country, no matter who it is. . . .  If you are a Republican gun-owner, and you value the principles of the Constitution, I’m confident you would join me in the resistance movement and help kill any leader that exhibited genuine animosity toward people because of their genitalia, sexual preference, or skin pigmentation."