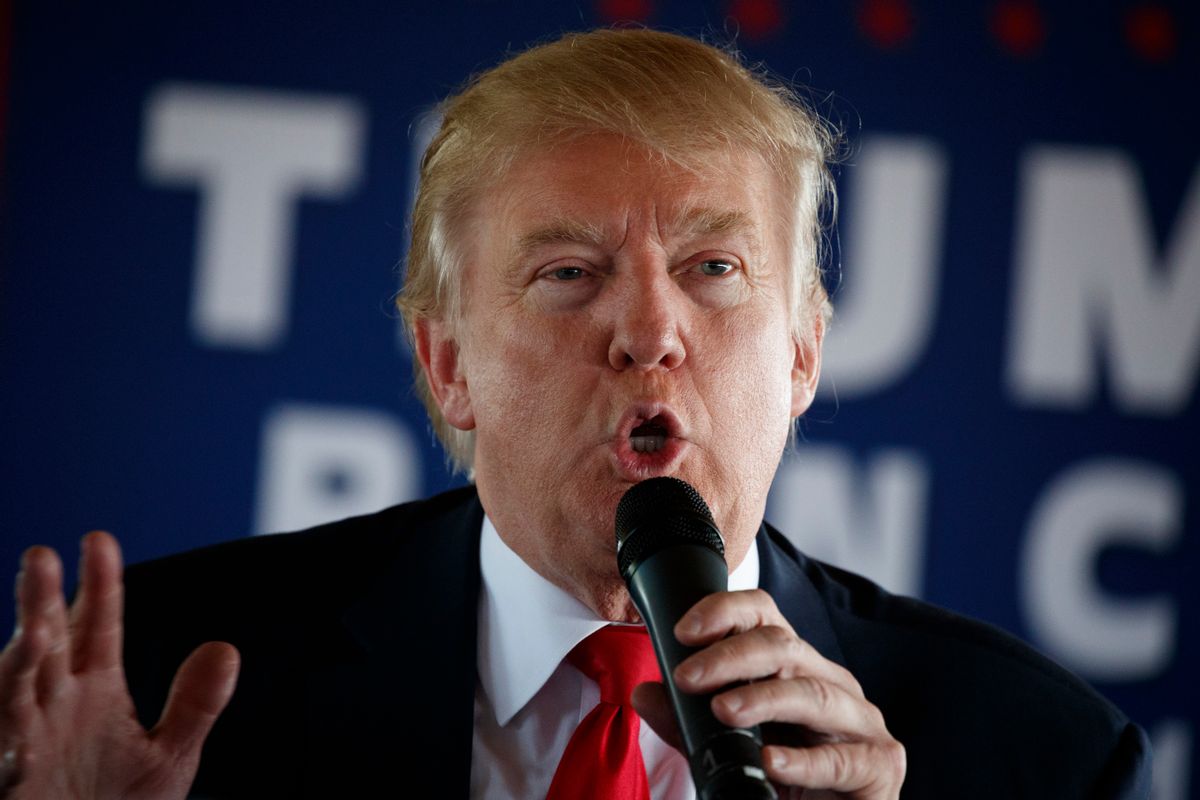 Donald Trump appears to be backpedaling on one of his signature campaign proposals, saying the Mexican government won't necessarily be paying for a border wall between their country and the United States.

In a policy speech delivered on Saturday in Gettysburg, Pennsylvania, Trump promised that the wall that would be built by his End Illegal Immigration Act would be subsidized by American taxpayers, with Mexico reimbursing us for the cost.

“The End Illegal Immigration Act fully funds the construction of a wall on our southern border,” Trump told the audience, before adding “with the full understanding that the country of Mexico will be reimbursing the United States for the full cost of such a wall, OK?”

Trump’s proposal for a wall between the United States and Mexico can be traced back to his announcement speech in June 2015.

“I would build a great wall. And nobody builds walls better than me, believe me,” he said at the time. “And I’ll build them very inexpensively. I will build a great great wall on our southern border and I’ll have Mexico pay for that wall.”

When Trump met with Mexican President Enrique Peña Nieto this past September, however, the Republican candidate claimed that he had discussed the wall but didn't discuss who would be paying.

Mexican President Peña Nieto tweeted in response, “At the start of my conversation with Donald Trump I made it clear that Mexico will not pay for the wall. After that, the conversation moved on to other topics and unfolded in a respectful manner."

The wall has been among Trump’s most controversial proposals, with fact-checkers estimating that it could cost as much as $25 billion. A Reuters/Ipsos poll released on Monday found that 47 percent of residents of Arizona (one of the four states on the U.S.-Mexico border) thought the wall would be a “waste of money,” with only 34 percent thinking it would be an “effective barrier” and 19 percent choosing neither.

This closely corresponds with national opinions about Trump’s immigration policy, with 49 percent of Americans saying the wall would be a “waste of money,” 31 percent saying it would be an “effective barrier” and 20 percent choosing neither.