That no one noticed "goes to show the lack of diversity in [Trump's] team," said Ceci Cardelle, who took the photo 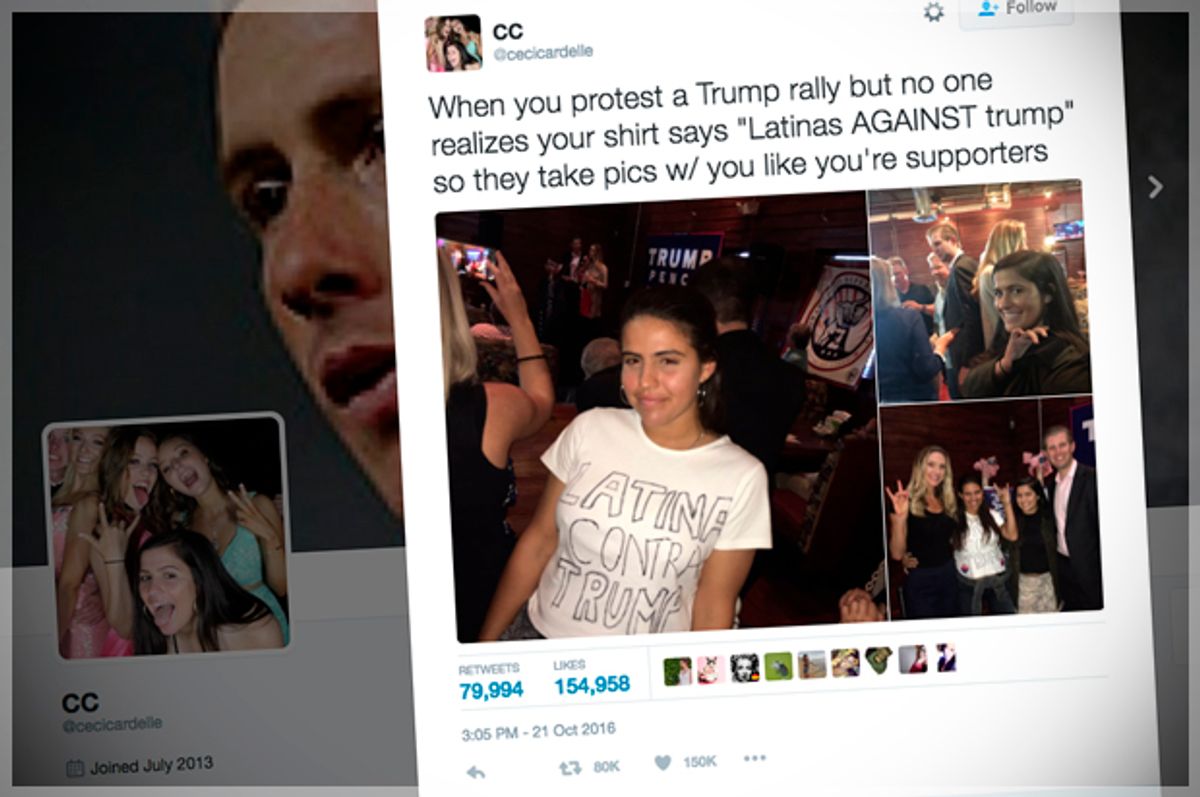 "Contra," in Spanish, means "against." If Eric Trump didn't know that, he could have asked Annie Cardelle — who wore a "Latina contra Trump" shirt to a pro-Donald Trump event on Friday — before taking a picture with her.

He could have even used context clues — such as the slim-to-impossible likelihood that a millennial Latina would support the Republican presidential nominee whose tentpole policy proposal is to build a wall along the U.S. border with Mexico.

"We weren't protesting the fact that he's a conservative or a Republican," Cardelle, a second-generation American of Cuban descent, told BuzzFeed News about her presence at the North Carolina event. "We were protesting their particular treatment of Hispanics and Latino immigrants in this country."

"It’s been almost two years of Trump continuously putting down Latinos, making us feel like we don’t belong," she added. "So, my whole thing was to go there and say, 'I’m Latina and we’re against you because of what you say about our race.'"

No one at the rally realized my shirt said AGAINST tr*mp... congrats, y'all played yourselves ✌🏽️✌🏽️✌🏽️ pic.twitter.com/qZ3x1ER8j0

"We were kind of in disbelief that no one understood this protest," Cardelle's sister, Ceci, said. "It really goes to show the lack of diversity in their team."

Eric last week established himself as the most off-brand surrogate for his father's campaign when he was pictured with a free water cup filled with lemonade at an In-N-Out burger restaurant in Las Vegas.