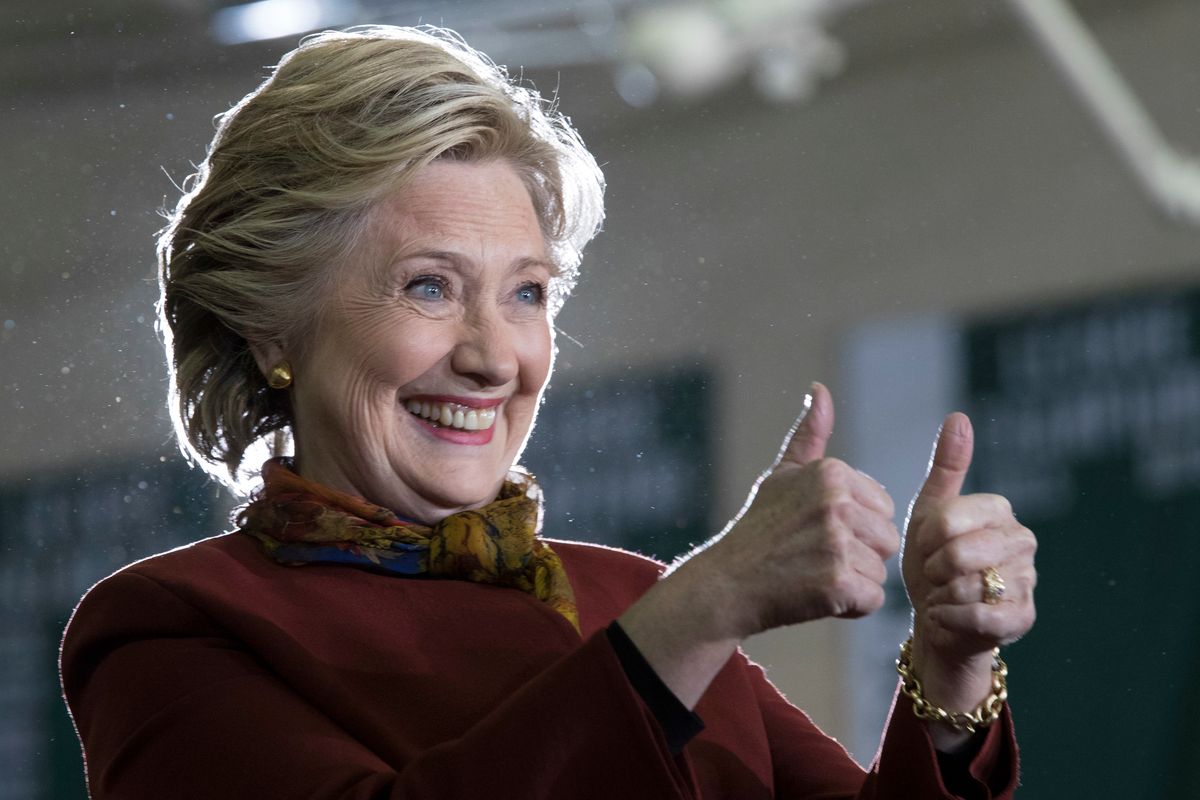 With Hillary Clinton’s election seeming increasingly likely, Democratic Party leaders are now ramping up their efforts to retake the Senate.

Over the weekend, Clinton called on voters in Pennsylvania and North Carolina to support the Democratic Senate candidates in those states (Katie McGinty and Deborah Ross, respectively) and reject the Republican incumbents, Sen. Patrick Toomey and Sen. Richard M. Burr.

“Unlike her opponent, Deborah has never been afraid to stand up to Donald Trump,” Clinton declared in North Carolina over the weekend, tying Burr to the controversial Trump. “She knows that people of courage and principles need to come together to reject this dangerous and divisive agenda.”

President Obama joined in the attacks. During a campaign stop in Nevada on Sunday, he blasted Republican Senate candidate Rep. Joe Heck for saying that he trusts Trump to have his finger on the nuclear button.

“I understand Joe Heck now wishes he never said those things about Donald Trump, but they’re on tape, they’re on the record,” President Obama said. On Thursday, he had a similar criticism of Sen. Marco Rubio in Florida, asking, “How can you call him a con artist and dangerous and object to all the controversial things he says, and then say, I’m still going to vote for him? Come on, man!”

Polling aggregator Fivethirtyeight.com currently gives the Democrats a 68.3 percent chance of retaking the Senate. “Control of the Senate is coming down to six key states, with Democrats needing to gain four seats to win a majority if Clinton wins the White House,” explains site polling expert Harry Enten. “And in the crucial contests, there has been more movement.”