Sting will be honored at American Music Awards for his career

The singer will also be singing a medley of his songs 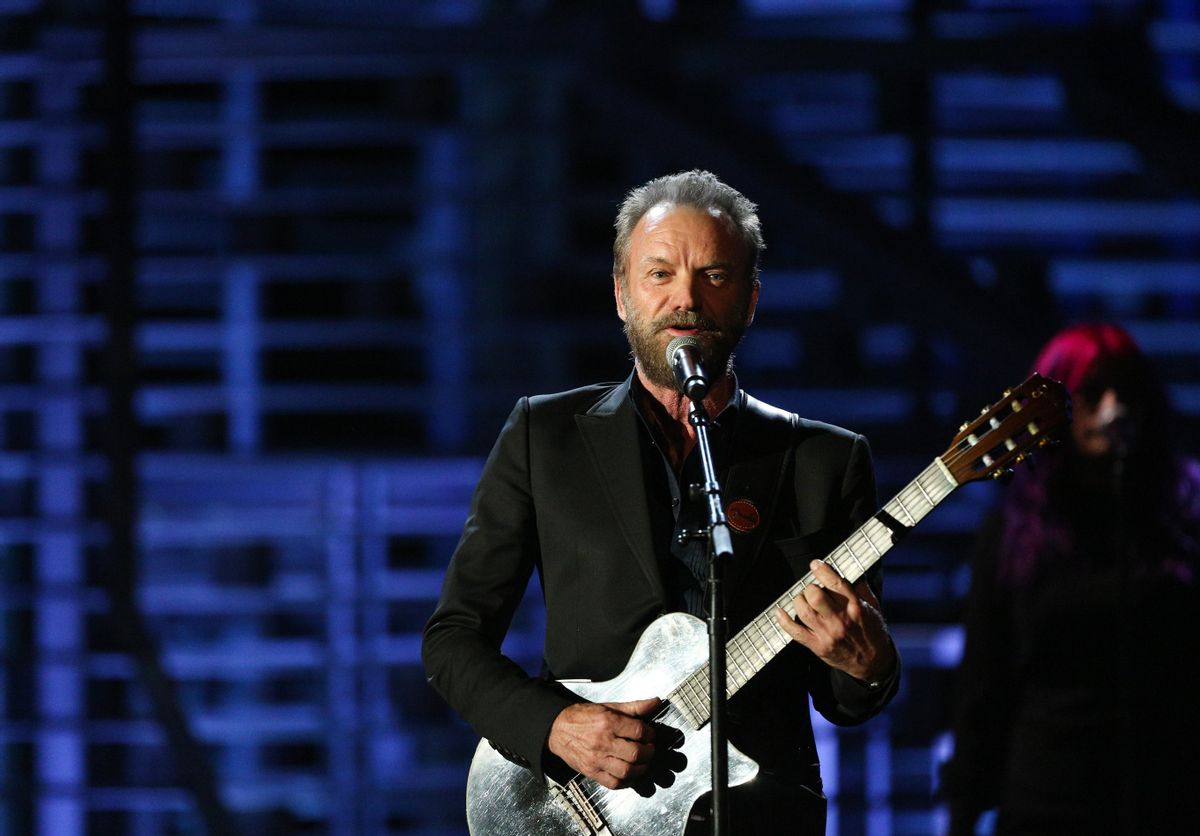 FILE - In this Nov. 18, 2015 file photo, Sting performs at Shining a Light: A Concert for Progress on Race in America at the Shrine Auditorium in Los Angeles. Sting is trading "Fields of Gold" for a court of stars. The Grammy-winning artist known for hits like "Roxanne" and "Desert Rose" will perform the halftime show at the NBA All-Star Game on Feb. 14, 2016, at the Air Canada Centre in Toronto. (Photo by Rich Fury/Invision/AP, File) (Rich Fury/invision/ap)
--

NEW YORK (AP) — Sting will hit the stage at the American Music Awards next month, and the icon will receive a special honor for his successful career.

Dick Clark Productions said Monday that Sting will receive The American Music Award of Merit on Nov. 20 at the Microsoft Theater in Los Angeles. The award was last given in 2008, to Annie Lennox. Other recipients include Michael Jackson, Prince, Johnny Cash, Whitney Houston and Paul McCartney.

The 65-year-old former Police lead singer will perform a medley of his hits, including his latest single "I Can't Stop Thinking About You." Sting will release a new album, "57th & 9th," on Nov. 11.

Bruno Mars will open the AMAs, which will air live on ABC. Drake is the leading nominee at the fan-voted show.