BULLSH**TER OF THE DAY: Patrick Murphy, for denying his Trump connections. And getting caught 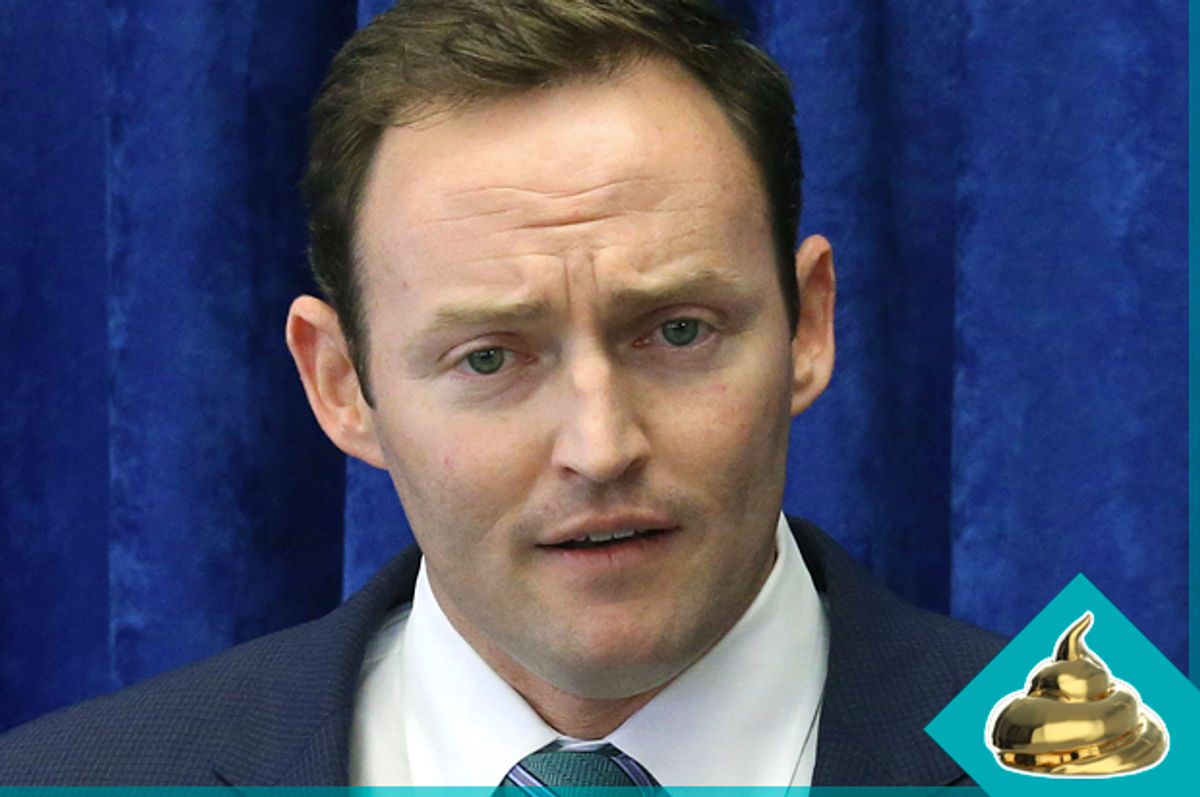 Republican-turned-democrat Patrick Murphy, currently a US Representative for Florida's 18th congressional district running for the US Senate.

In the first Senate debate, his opponent Marco Rubio accused Murphy and his family of having done business with Donald Trump.

Not quite. Murphy's campaign tried to spin the fact that his father's construction business had built two luxury buildings with Trump's name ("Trump Royale" and "Trump Hollywood"), saying that the developers had merely paid Trump to license his name. However, a picture emerged today that shows the youngest of the Murphy clan at the groundbreaking ceremony for Trump Hollywood in 2007--wearing a hard hat with a big T. This photographic evidence has forced us to retroactively award Murphy a Golden Turd for his bullshitty words back on the 17th.

It is not the first scandal that has emerged around Murphy's fortune. Although none of them have yet been proven, there have been several complaints accusing him of participating in straw donor schemes. We can't wait to see what bullshit juggling he'll come up with in tomorrow's debate to continue to separate his family name from the crumbling Trump garbageheap