While stumping with Clinton, Warren came out strong. But she'll also lean on the campaign 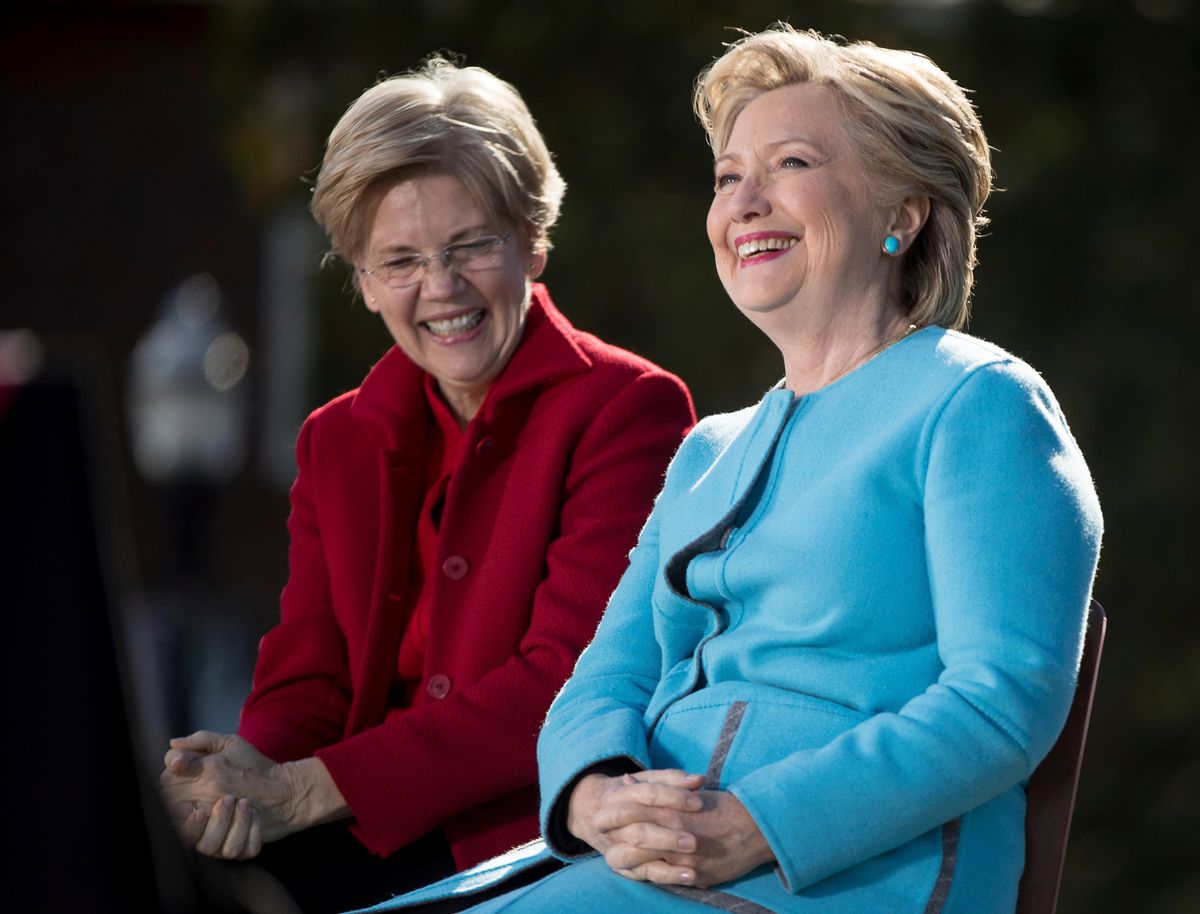 Sen. Elizabeth Warren may have Hillary Clinton’s back when she faces sexist attacks, but she’s still prepared to hold her accountable when it comes to reining in America’s corporate giants.

Although Silicon Valley has raised $4 million for Clinton’s campaign this year (compared to only $20,000 for Donald Trump), Warren is pushing for Clinton to curb the increasing market and political clout of tech corporations like Google, Amazon, and Apple.

Warren wants to make sure sure that Clinton’s appoints to the Justice Department and FTC (Federal Trade Commission) individuals who would crack down on monopolies, while ensuring that companies respect the rule of fair competition and protect workers’ interests — including the tech companies that have been so close to Clinton’s campaign. Back in June, Warren delivered a Senate speech in which she denounced those companies for practices that “snuff out competition.”

“Google, Apple and Amazon have created disruptive technologies that changed the world, and . . . they deserve to be highly profitable and successful,” Warren said at the time. “But the opportunity to compete must remain open for new entrants and smaller competitors that want their chance to change the world again.”

Warren also remains one of Clinton’s most forceful supporters on the campaign stump. During a campaign event on Monday, Warren directly referenced Trump’s insult of Clinton as a “nasty woman” by proclaiming, “Get this, Donald. Nasty women are tough. Nasty women are smart. And nasty women vote.” She went to predict that “on Nov. 8, we nasty women are going to march our nasty feet to cast our nasty votes to get you out of our lives forever.”

Warren isn’t the only forceful Senate liberal who is expected to hold Clinton accountable if she is elected. Her chief rival for the Democratic presidential nomination, Sen. Bernie Sanders, has likewise loyally supported and campaigned for her in this election.

Sanders has also vowed to push for progressive legislation including a $15 minimum wage, tuition-free public college, steps to fight climate change, eliminating mass incarceration, and his signature issue from this election, breaking up the big banks.