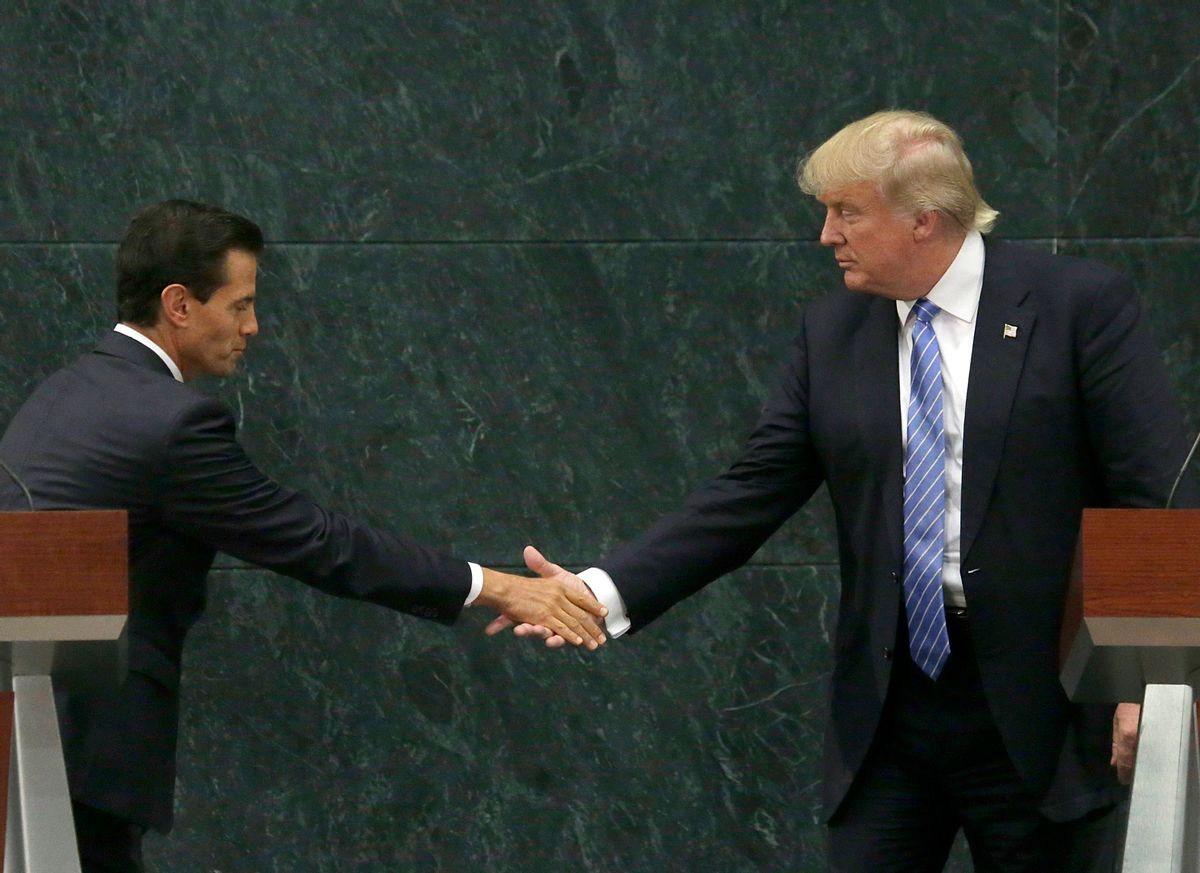 "It was very controversial and I accept that I took a decision," Peña Nieto said. "Maybe today it would be different, I think I took a very rushed decision."

Peña Nieto told Mexican TV station Canal 11 on Sunday that the meeting was "all about ensuring the best interests of Mexico, even if it could be very controversial, as it turned out to be," according to Reuters.

"Could we have done things better? Maybe yes, admittedly," he added. "I think that this genuine interest to bring about a meeting to take care of Mexico's interests, I think, could have been done in a better way."

Luis Videgaray, Peña Nieto's finance minister and close confidante, was forced to resign last month after it was revealed he'd pushed for the meeting with the Republican presidential nominee.

Trump's Democratic opponent, Hillary Clinton, refused a similar meeting with Peña Nieto, saying that she didn't want to visit Mexico before the election and instead "focus on what we’re doing to create jobs here at home, what we’re doing to make sure Americans have the best possible opportunities in the future."

Despite harsh criticisms from both sides of the U.S.-Mexico border, however, Peña Nieto and Trump agreed to a closed-door meeting.

"We had a very substantive, direct, and constructive exchange of ideas over quite a period of time," Trump said in a joint press conference thereafter. "And I happen to have a tremendous feeling for Mexican-Americans."

Just hours after his pseudo-diplomatic meeting with Peña Nieto, Trump crossed the border and gave a chest-thumping anti-immigration speech in Arizona that evening.