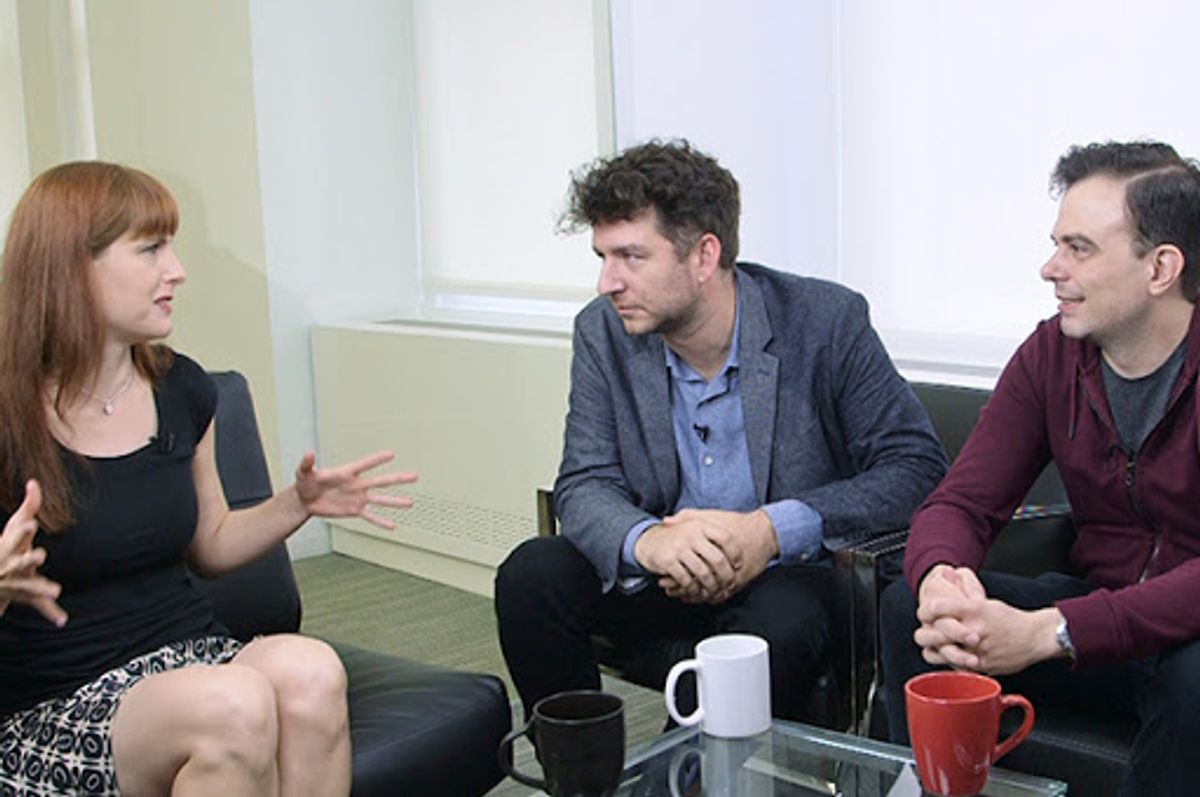 Salon's Amanda Marcotte was joined by Isaac Butler and Darcy James Argue to talk about their multimedia jazz show, "Real Enemies." The project is a stage production featuring Darcy and his band performing a concert, but also includes an underlying theme of paranoia and conspiracy theories within the American political system.

“I don’t think we knew as we were doing it, that the next election would be dominated by a major party candidate who is himself a conspiracy theorist, trafficking in paranoia for his own personal gain,” Butler explained on why he originally believed no one would care about their project.

“I think both of us were concerned from the very beginning that he had a very good shot of winning because his 'trutherism' on Obama’s birth certificate had such purchase with the Republican base. And they are a base that is sort of demanding paranoia from their candidates and have been for quite a long time with the Benghazi hearings, and with the governmental shut down and just this belief that only total victory is an acceptable outcome,” Argue said.

“I would say that what fascinates me as a writer about conspiracy theories is they take the very normal, very human, very necessary process of constructing a narrative and they take it somewhere else,” Butler comments.