Arpaio is running for his seventh term 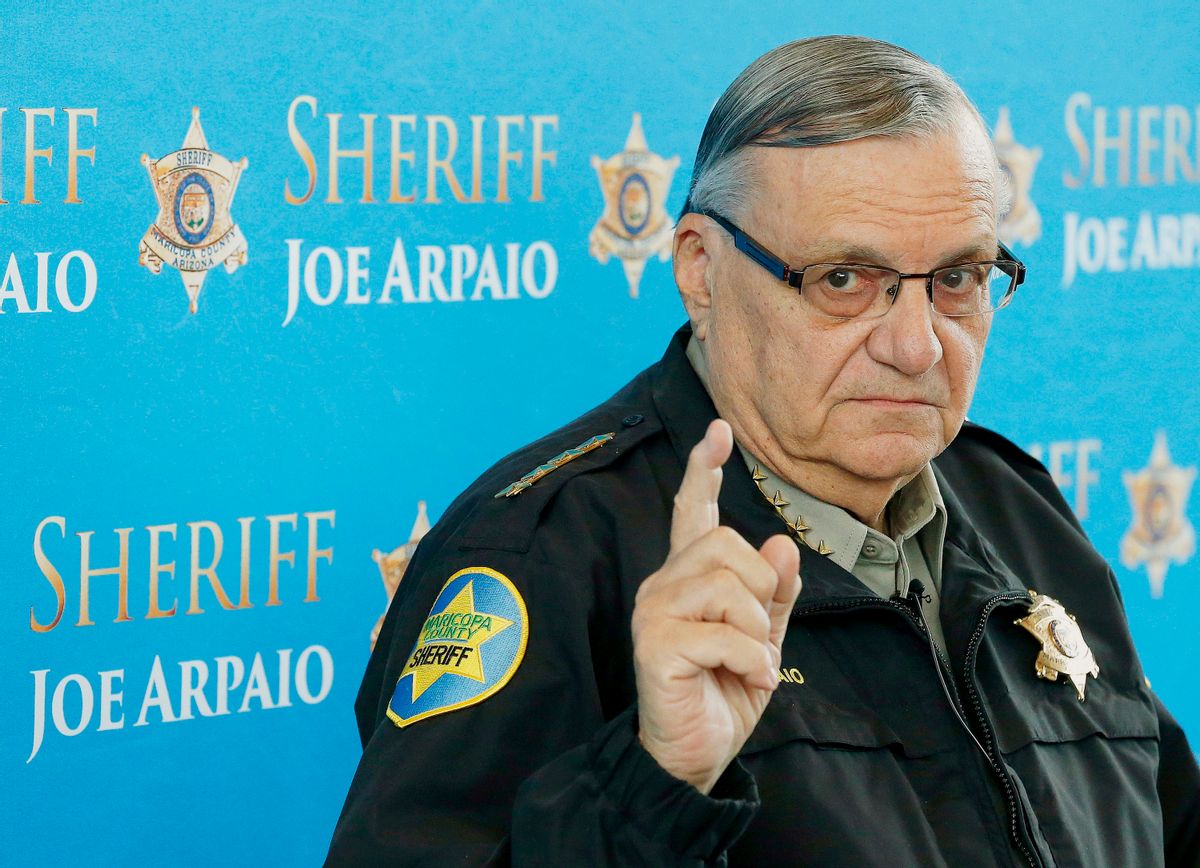 PHOENIX  — The longtime sheriff of metropolitan Phoenix was formally charged Tuesday with criminal contempt-of-court for ignoring a judge's order in a racial-profiling case.

Prosecutors promised two weeks ago that they would prosecute Sheriff Joe Arpaio.

But the misdemeanor count wasn't officially filed against the 84-year-old lawman until U.S. District Judge Susan Bolton signed it.

Arpaio, who is up for re-election Nov. 8 seeking his seventh term, could face up to six months in jail if convicted. A misdemeanor conviction would not bar Arpaio from serving as sheriff.

The criminal charges stem from the profiling case that Arpaio lost three years ago that morphed into a contempt case after the sheriff was accused of defying a 2011 court order to stop his signature immigration patrols.

Snow disagreed, concluding Arpaio knowingly continued the patrols because he believed his immigration enforcement efforts would help his 2012 re-election campaign.

The sheriff's office deferred comment to Arpaio lawyer Mel McDonald, who did not immediately return requests for comment.

Arpaio ran a TV political ad last week saying the Obama administration's Justice Department planned to prosecute him because of its opposition to his immigration enforcement efforts.

County taxpayers have spent $48 million so far to defend Arpaio and his office in the profiling case. The cost is expected to reach $72 million by next summer.

The contempt violation led the judge to order the creation of a taxpayer-funded system for compensating Latinos who were illegally detained when Arpaio ignored the order.

Maricopa County officials have set aside $1 million for funding the system.

Follow Jacques Billeaud at twitter.com/jacquesbilleaud. His work can be found at http://bigstory.ap.org/content/jacques-billeaud.