BULLSH**TER OF THE DAY: Newt Gingrich, for his sexist hissy fit about those pesky Trump accusations 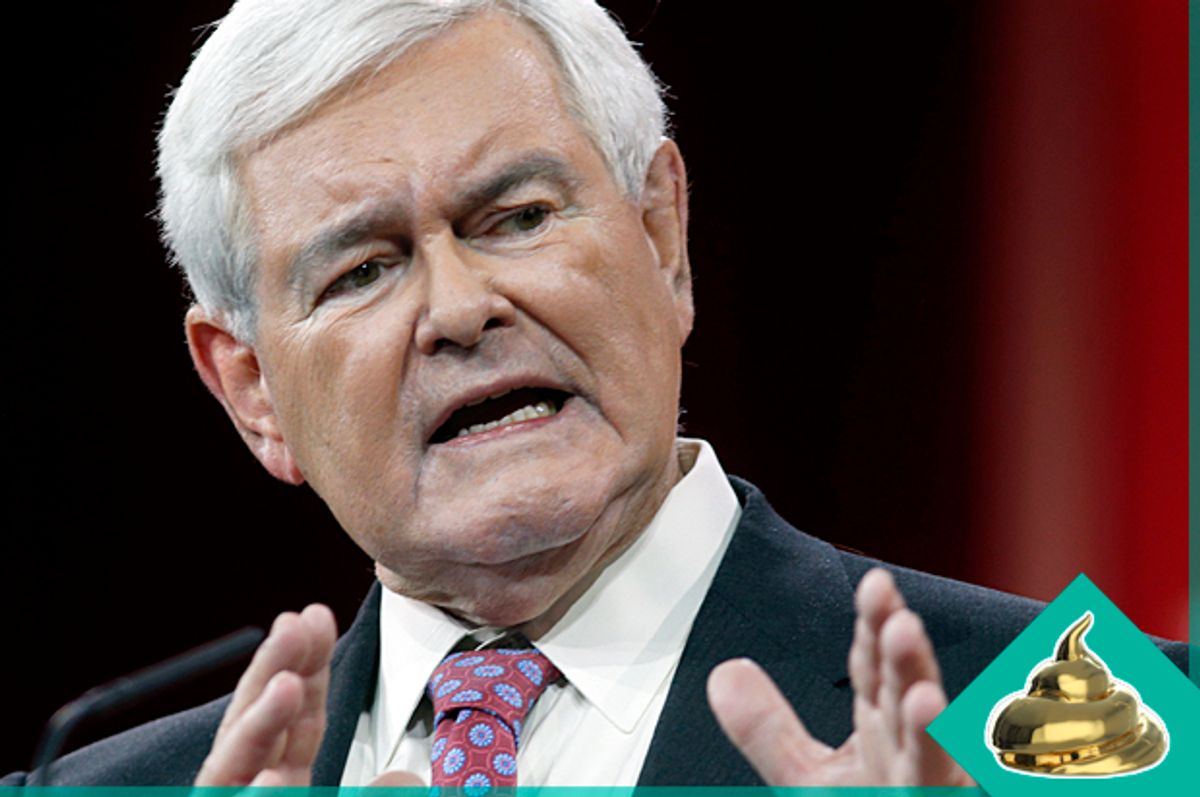 “You are fascinated with sex and you don’t care about public policy."

My exchange with @megynkelly tonight https://t.co/IZVXeiprJN

The Trump troupe can't stop with the misogyny. In an interview on "The Kelly File," Gingrich managed to steer a conversation about presidential polls into an insult to Kelly, and all women.

Is Megyn Kelly fascinated with sex? We don't know that, and neither does Gingrich. Frankly, who cares! But let's be clear: talking about the ten women who have accused Donald Trump of sexual assault is not being fascinated with sex. It's asking questions about the fitness for office of a Presidential candidate who has no respect whatsoever about the rights of half of the country's population. You know, in a democracy. And actually, Mr. Gingrich, talking about women's rights is talking about public policy.

Of course not. At this point, being a Trump supporter means bullshitting as soon as the cameras start rolling. A personal favorite is when he equated Hillary's comments about Trump's body-shaming of Alicia Machado to "the new Benghazi lie." Great job, Newt, we thought you'd hit rock bottom when you called Obama a “Kenyan anti-colonial” con man!