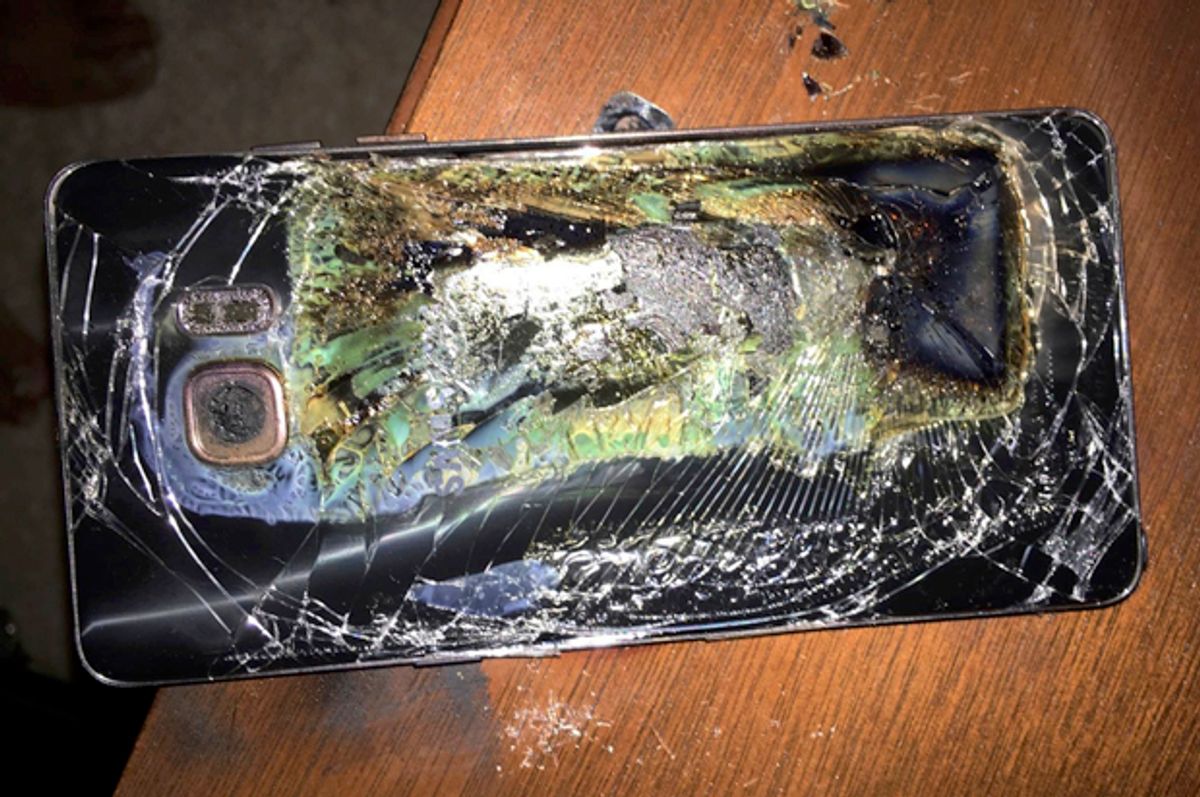 Despite a much-publicized factory defect in which the smartphone catches fire and a subsequent recall, owners of Galaxy Note 7 are not returning their smartphones. So Samsung is creating another incentive for them to do so, by making the flawed phones perform worse.

Samsung is releasing a new software update that will limit the battery charge to 60 percent of its full capacity. "The update is the latest measure taken by the company to reduce customer risk and simultaneously drive all remaining Galaxy Note 7 customers in Europe to replace their device immediately," Samsung announced in a press release. Although two-thirds of the Galaxy Note 7 devices in Europe have already been replaced, many customers are happy with their phones and refuse to return them despite the multiple recalls.

This is the second time Samsung has tried this approach, with the first effort occurring on September 13. Samsung’s recall was issued earlier that month in a move that has since been criticized for bypassing the U.S. Consumer Product Safety Commission’s regulators.

The Galaxy Note 7 was notorious for catching on fire because of a defect in the batteries. Cellular phones use lithium ion battery packs for power. These batteries contain highly flammable liquid, so if the battery short-circuits due to a puncture in the sheet of plastic separating the positive and negative sides, electricity flows through the puncture point and heats up the liquid. If this happens too quickly, the battery will explode.

Galaxy Note 7 explosions have so far been linked to fires in a house, a hotel room, a jeep, a garage, and a nightstand.