"He wants to bring me to the back of the barn?" Trump said. "Some things in life you could really love doing" 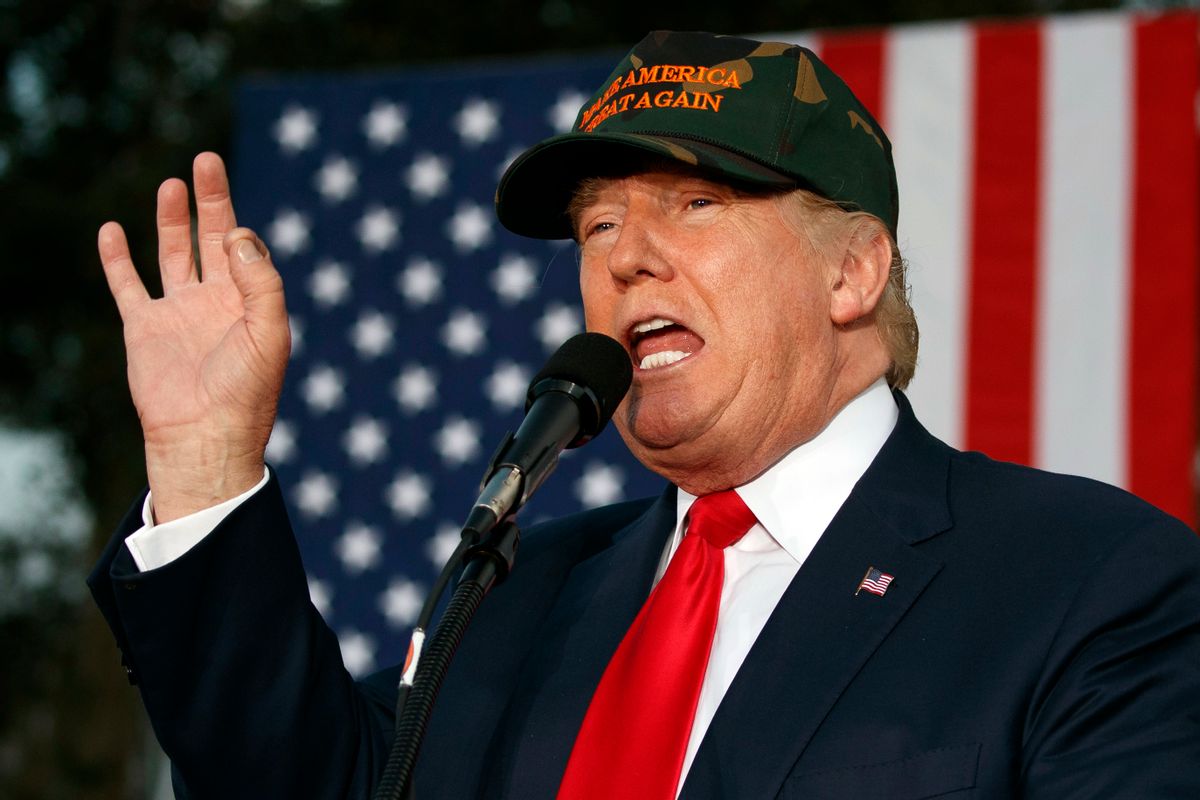 Americans have seen their vice presidents physically harm other people — Aaron Burr murdering Alexander Hamilton in a duel, Dick Cheney shooting his friend in the face during a quail hunt — but if Donald Trump had his way, that dynamic would be reversed. Speaking at a rally in Tallahassee, Florida, Trump has declared that he would love to beat up Joe Biden.

“Did you see where Biden wants to take me behind a barn? Me. He wants it. I’d love that,” Trump, 70, said of the 73-year-old vice president.

Trump then insinuated that Biden was a coward and that Trump would be the obvious victor in such a hypothetical brawl.

Trump was responding to remarks made by Biden in Wilkes-Barre, Pennsylvania, on Friday. Referencing the infamous 2005 Access Hollywood tape in which Trump brags about sexually assaulting women, Biden pointed out that in an actual high school with a real locker room, such so-called “locker room talk” would be considered socially taboo.

"He said ‘because I’m famous, because I’m a star, because I’m a billionaire I can do things other people can’t. What a disgusting assertion for anyone to make,” Biden said on Friday, before adding, “The press always ask me, don’t I wish I were debating him? No, I wish we were in high school I could take him behind the gym — that’s what I wish.”

At that point Biden trailed off, punching one of his hands into the other.

Trump’s campaign manager, Kellyanne Conway, later criticized Biden’s comments, saying, “I thought he acted like a bully” before adding that she was “very disappointed to hear the vice president of the United States suggest violence the old-fashioned way.”

What would Biden actually say to Donald Trump, chump?