Trump isn't raising money for the RNC. He isn't supporting GOTV efforts. Is this even a campaign anymore? 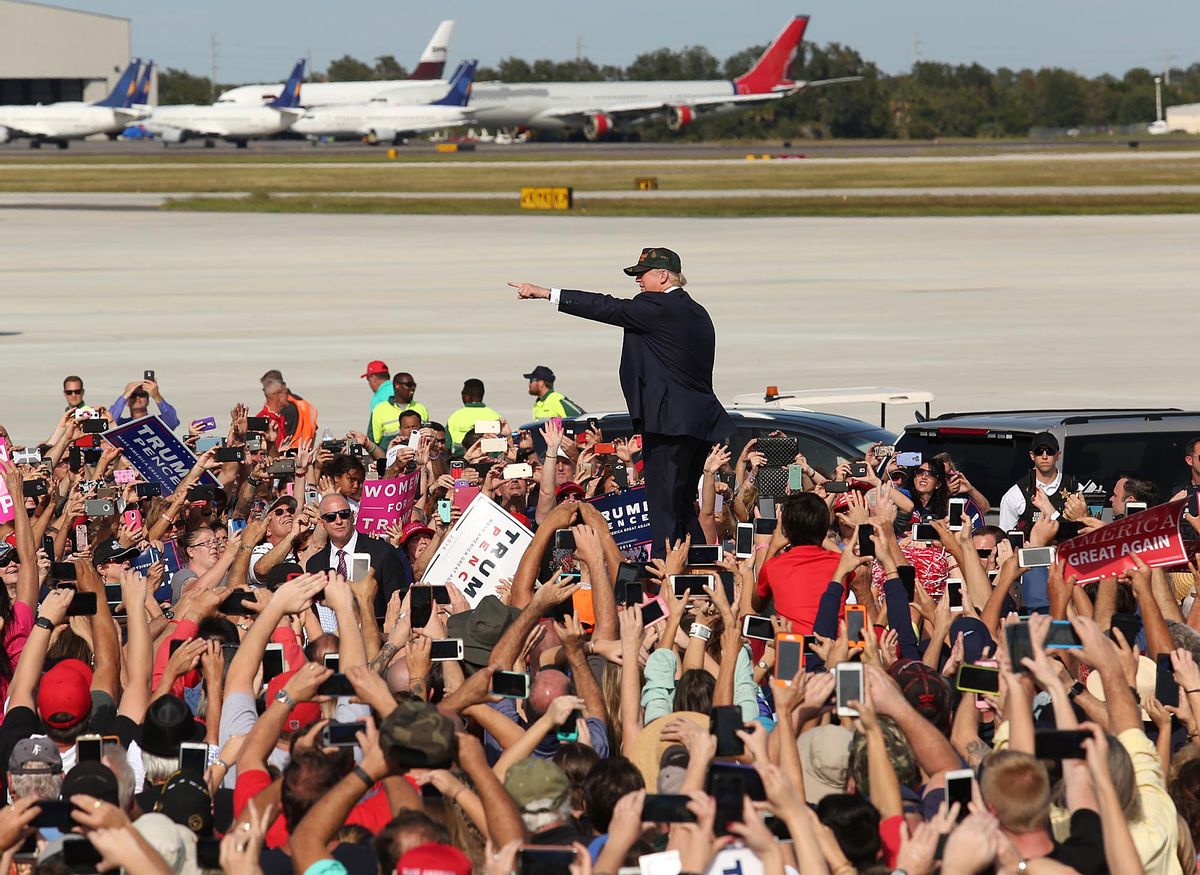 With less than two weeks to go before Election Day, there are more and more indications that Donald Trump is focused more on promoting his brand at this point than his political life.

On Wednesday, Trump’s main event will be attending the ribbon-cutting at one of his new hotels in Washington D.C. Tuesday, the Republican candidate was at his golf course in Florida — one of a few stops in the state — where he decried Obamacare in a speech that also featured his employees saying how much they loved working for him, as he looked on.

Before the third presidential debate, the Trump campaign seemed more focused on unveiling a possible Trump TV online network than doing damage control after his sub-par performance from the first two exhibitions against Hillary Clinton.

And, according to the Federal Election Commission, between the launch of his campaign in June 2015 and September of this year, the Trump campaign spent more on clothing than polling. The Trump campaign spent $3.2 million on hats, compared to only $1.8 million on polling — with a total of $15.3 million going to collateral (including shirts, signs, stickers, etc.) as opposed to ads, polling, and get-out-the-vote programs.

Effective get-out-the-vote efforts, like that one that helped President Obama win in 2012 election, are essential for any campaign, the Post notes.

And if we want to “follow the money,” it’s worth asking even more if the Trump campaign is serious about Nov. 8.

Trump’s last formal fundraiser was held on Oct. 19, the day of the final presidential debate, the Washington Post reports. Trump’s finance chairman, Steven Mnuchin, told the Post, “We’ve kind of wound down. But the online fundraising continues to be strong.”

Trump may still say that he thinks the election is being rigged against him, but it seems like he has already given up any sincere effort to campaign on his own behalf.