Sorry, Rudy Giuliani: Florida is a "must-win" for only Donald Trump

The Trump campaign is hyping one new poll in Florida, but Hillary Clinton has a much wider path to victory 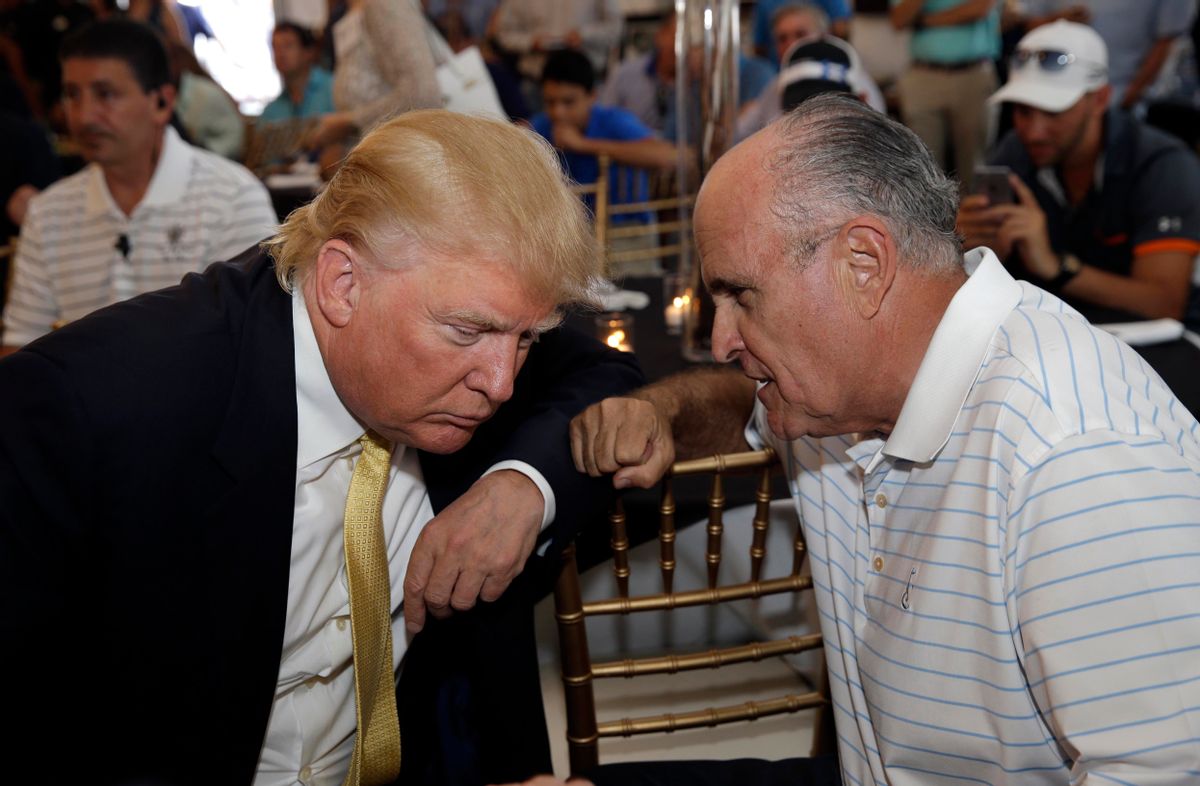 As the 2016 election has shown in so many ways, much of the national political landscape looks as it did in 2000. Another Clinton is running for the White House and Nate Silver predicts that Florida is the most likely state to provide the decisive vote in the Electoral College. Unfortunately for Republican presidential nominee Donald Trump, the Sunshine State, however, is only a "must-win" for one campaign.

Wednesday morning, after a Bloomberg News poll found the GOP nominee with a lead in Florida, his most vocal surrogate went on a tour of the cable news morning shows to tout the surprising results.

"What if he doesn't win Florida?" host Stephanie Ruhle asked.

"Then he's not going to win!" Giuliani shot back.

"And if she doesn't win then she can't win," he added of Clinton.

But contrary to Giuliani's assertion, Florida is not a "must-win" for both campaigns.

As Trump campaigns heavily in Florida in the final weeks of the election, Clinton still leads in the state by an average of 3.3 percentage points. According to FiveThirtyEight's model, Clinton wins the election 33 percent of the time without a victory in Florida.

Of course, Giuliani can hardly be described as an expert on the electoral politics of Florida. In 2007, he infamously allowed his own presidential ambitions die after wrongly assuming that he could ignore other states and only campaign in Florida during the GOP primary.

So, while a new Bloomberg Politics poll of Florida finds Trump slightly ahead of Clinton for the first time in nearly a month —45 percent to 43 percent in a four-way race among likely voters — the poll also shows that if Clinton improves her standing with African-American voters from the 80 percent support she is currently receiving to numbers more in line with that of a traditional Democrat, she'll likely pull off a win in the state. More from FiveThirtyEight:

Florida is more diverse, with one of the largest groups of Latino voters of any battleground state and a sizable African-American population. So, in this scenario, the nonwhite vote in Florida might allow Clinton to hold onto the state even if she were to lose Michigan, New Hampshire, Ohio and Wisconsin.

If Clinton wins Florida, Michigan and New Hampshire, she can afford to lose Pennsylvania, where she’s held a lead even as she’s trailed Trump in next-door Ohio.

Indeed, winning Florida opens up so many electoral paths for Clinton that it’s probably a must-win for Trump. If he loses Florida, Trump wins the presidency only 5 percent of the time according to our polls-only forecast

Still, as the average of polls continue to show the race slipping from Trump even in Florida, his campaign is doubling down on counterfactual thinking to will a win in the state.

"Listen, forget about the major poll in Florida," Eric Trump told Fox News Wednesday, predicting that his father could win the state by as many as 9 percentage points.

"Look at the actual early vote numbers," he urged, arguing that Republicans are currently ahead of their 2012 rate.

But as Politico's Marc Caputo pointed out, Florida Republicans were actually well behind the 5 point advantage they held in pre-Election Day ballots cast during the same period of the election in 2012 after the first day of early voting Monday:

Of the 1.6 million votes recorded Tuesday morning, about 665,000 were made by Florida Republicans (almost 42 percent) and 658,000 by Democrats (almost 41 percent). That means Republicans are only holding on to a margin of 0.43 percentage points in pre-Election Day ballots cast over Democrats.