First there's the oil glut, then the Asian markets are reeling and now Apple — long a sure thing — is in trouble 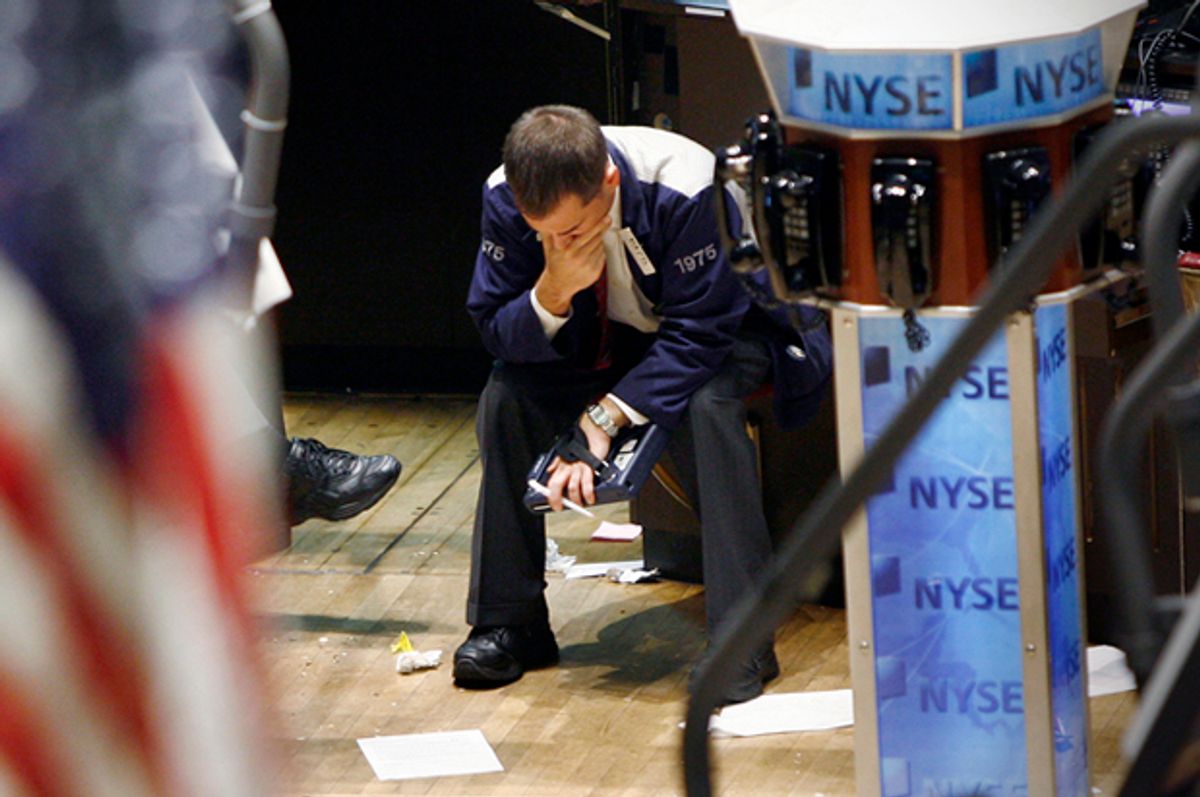 The stock market continues to suffer from a perfect storm of setbacks, as reports come in of Asian stocks losing value on Wednesday.

In the wake of Wall Street pulling back last night due to disappointing earnings, Asian shares by and large fell today. Japan’s Nikkei managed to reverse earlier losses and close up 0.15 percent, but South Korea’s KOSPI dropped 1.25 percent, China’s Shanghai Composite index lost 0.5 percent, Hong Kong’s Hang Seng lost 0.8 percent, and Australia fell 1.5 percent. Europe’s markets are in a similar predicament, with Britain’s FTSE 100 and France’s CAC 40 expected to open down by 0.4 percent and Germany’s DAX down by 0.2 percent.

Another factor influencing the stock market is the global oil glut. The excess of crude petroleum currently on the market has had a depressing impact on the stock market, and although oil prices rebounded over $50 a barrel today after the U.S. government revealed an unexpected drop of 553,000 barrels in their crude inventory, crude stocks are usually expected to experience a positive trend of growth during this period because refineries go into maintenance.

Finally the stock market continues to feel the impact by Apple’s woes. Despite posting quarterly earnings that exceeded expectations, Apple’s revenue was shy of forecasts and as a result it dropped 2.6 percent, the company’s biggest one-day decline since April. Apple’s net income fell nearly 20 percent to $9 billion, and although sales of the iPhone exceeded expectations by under a million, shipments of Mac computers fell below consensus.