In Donald Trump's mind, the military loves him 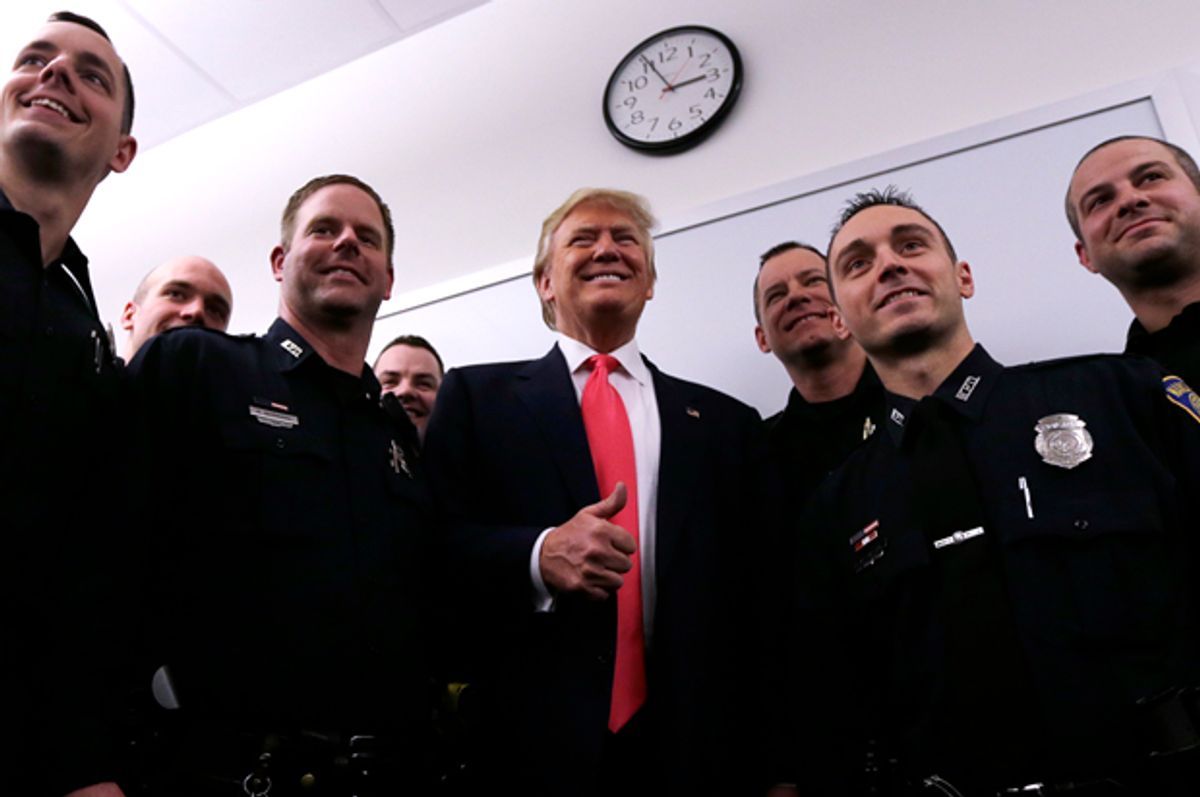 Donald Trump is now claiming that the whole military has endorsed his presidential campaign, at least “conceptually.”

During an interview Tuesday morning with WJXT in Jacksonville, Florida, Trump, said: “I’ve been endorsed by virtually every police department and police group. And I’ve been endorsed largely, at least conceptually, by the military. We’ve had tremendous veteran endorsements because the veterans have been treated so unfairly.”

Neither the military nor law enforcement agencies endorse candidates for president.

In terms of broader military support, a survey conducted earlier this month by Military Times/Institute for Veterans and Military Families found that Trump received 40.5 percent of the vote, followed by Libertarian candidate Gary Johnson’s 27 percent and Hillary Clinton’s 20.6 percent. Clinton has a slight lead among officers with 31. 7 percent, followed by Johnson with 31.3 percent and Trump with 26.2 percent. Among enlisted men Trump again leads with 43.3 percent, followed by Johnson with 26.2 percent and Clinton with 18.4 percent. For female service members Clinton leads with 36 percent compared to 26 percent for Trump and 23 percent for Johnson.

By contrast, national polls on average have Clinton winning with 49.5 percent, followed by Trump with 43.5 percent and Johnson with 5.4 percent.