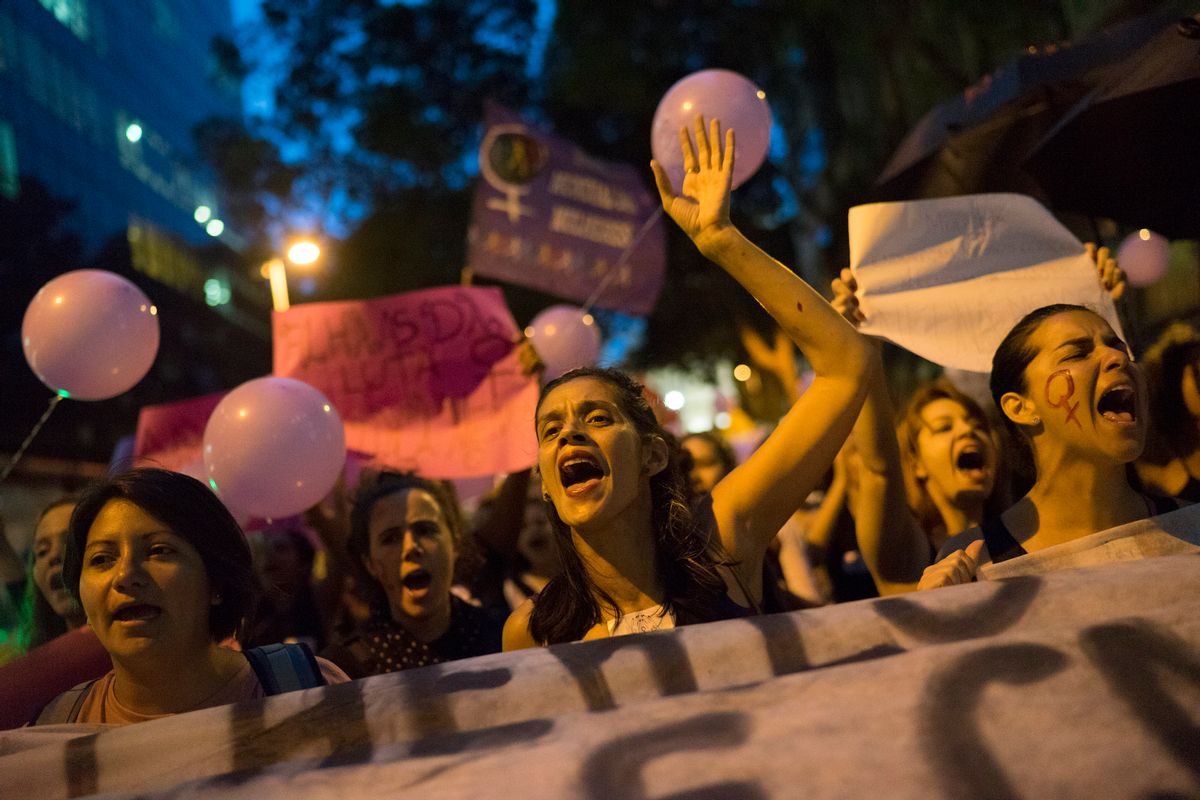 The gender pay gap in economic opportunity and participation, education, health, and political activity may take 170 years to completely close, according to the World Economic Forum’s Global Gender Gap Report released on Tuesday.

The annual report, which surveyed 144 countries, analyzed the gender gap between men and women and concluded that women are on average worse off than men by 31.7 percent. While it found significant improvements in both health and education, women continue to chronically lag behind men in the areas of economic opportunity and political empowerment. As a result, it would take 170 years at our current rate of progress for the overall gender gap to be entirely overcome.

“Consistently, in the last three years, the rate of change is slowing down, and that’s starting to show up in economic gender parity numbers,” explained Saaladia Zahidi, head of employment and gender initiatives at the World Economic Forum, in a statement to Fortune.

One main reason she cites for this is that most nations don’t provide adequate financial support to care for young children and the elderly, thus forcing many women to stay home instead of working. The stagnation can also be partially attributed to automation eliminating traditionally female-centric jobs such as administrative and sales position, a factor exacerbated by women often not being as well-educated in the STEM fields (science, technology, engineering, and mathematics) where job opportunities are being created.

The nation with the highest rating in closing the gender gap was Iceland, followed by Finland, Norway, Sweden, and Rwanda. The United States fell 17 spots — to 45 due to — declining labor force participation among women, stagnation in female political participation, and methodological adjustments in how the survey is conducted.