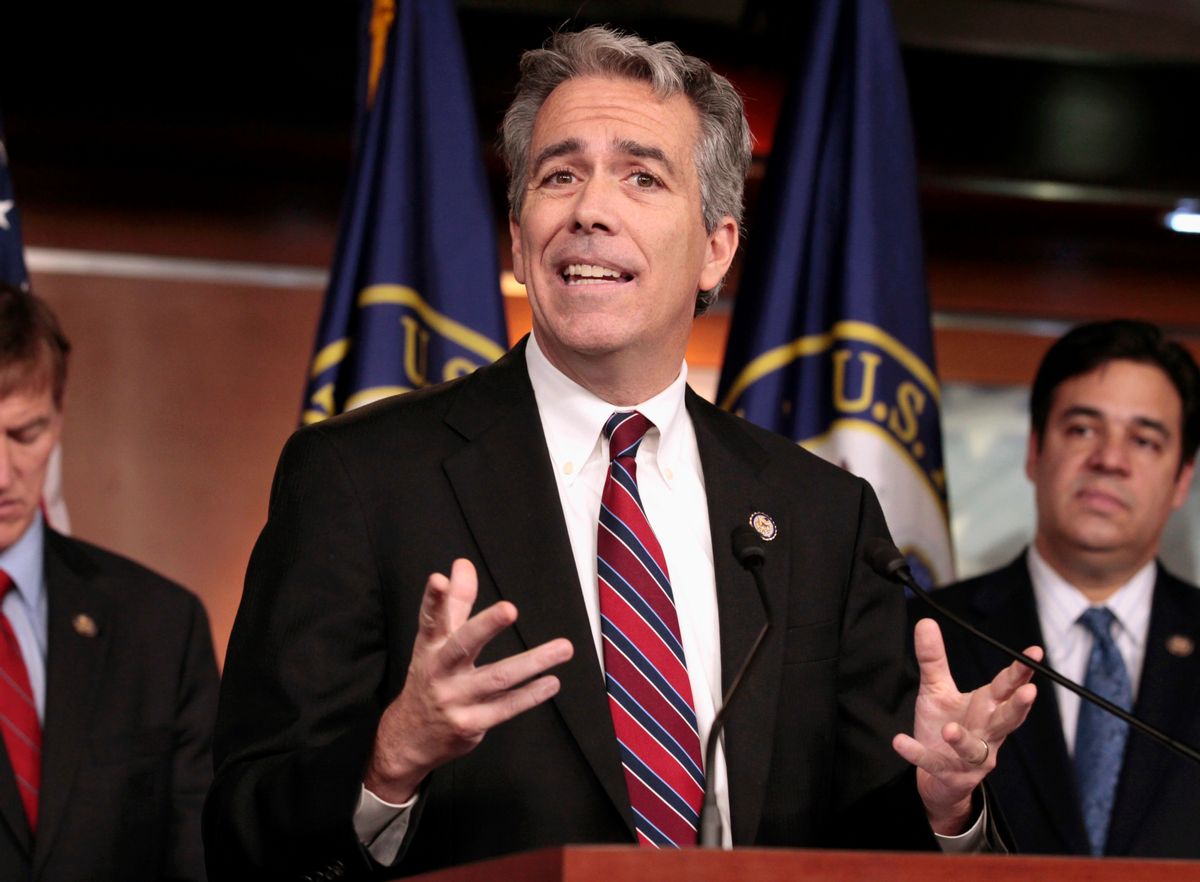 FILE - In this Nov. 15, 2011, file photo former U.S. Rep. Joe Walsh, R-Ill., gestures during a news conference on Capitol Hill in Washington. Walsh tweeted on Oct. 26, 2016, that he plans plans to grab his musket if GOP nominee Donald Trump loses the presidential election. Walsh later said on Twitter that he was referring to “acts of civil disobedience.” (AP Photo/Carolyn Kaster, File) (AP)
--

“On November 8th, I'm voting for Trump,” the Illinois Republican tweeted. “On November 9th, if Trump loses, I'm grabbing my musket. You in?”

On November 9th, if Trump loses, I'm grabbing my musket.

When confronted by CNN’s Jake Tapper about the implied violence of his message, Walsh insisted that it was innocent. "It means protesting. Participating in acts of civil disobedience. Doing what it takes to get our country back," he said. "We're talking about a musket. I could've said grab your slingshot and let's go. Metaphorically, I meant grab your muskets, if Trump loses, man, we're going to do what we have to do. We're going to protest and boycott and practice civil disobedience. We may start a third party. We're going to do a lot of things to get our country back, that's what I meant.” This wasn't the first time Walsh has looked bad because of his own words and actions. In July, Walsh insinuated violence against President Obama in retaliation for the shooting of three Dallas police officers by a Black Lives Matter protester. “3 Dallas cops killed, 7 wounded,” he tweeted. “This is now war. Watch out Obama. Watch out black lives matter punks. Real America is coming after you.” Walsh later backpedaled these statements. First he submitted a tweet saying “I wasn't calling for violence, against Obama or anyone. Obama's words & BLM's deeds have gotten cops killed. Time for us to defend our cops.”

I wasn't calling for violence, against Obama or anyone. Obama's words & BLM's deeds have gotten cops killed. Time for us to defend our cops.

Walsh has also attracted negative attention in the past for non-violent words and deeds. During his failed reelection campaign in 2012 (he lost to Rep. Tammy Duckworth), it came out that Walsh had missed child support payments, and it was revealed in 2013 that he filed a request for his due amounts to be reduced on the grounds of lost income due to being kicked out of his congressional seat. As far back as 2011, Walsh got himself in trouble for claiming that Barack Obama was only elected because he was a “black man who was articulate.”